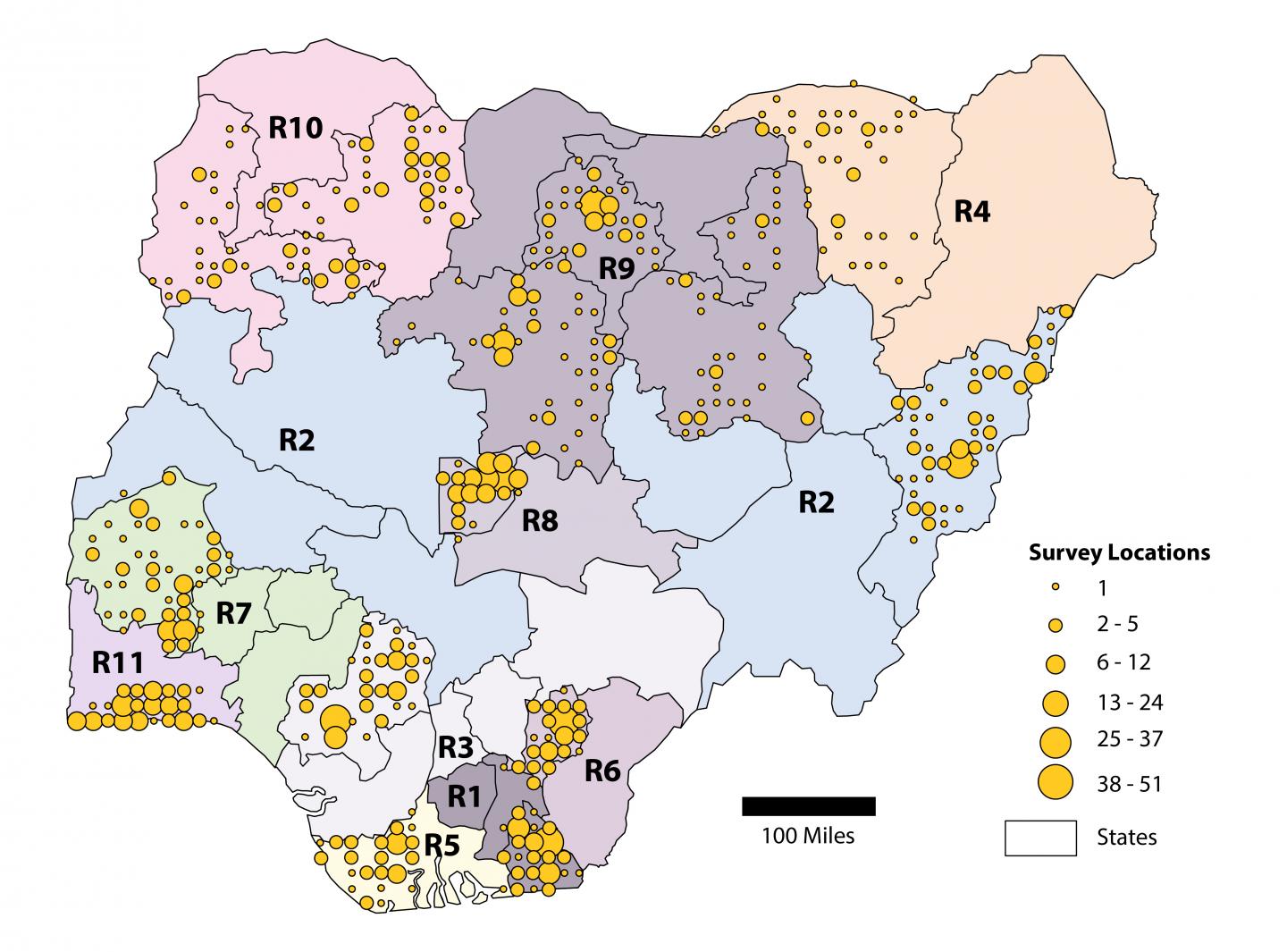 Oak Ridge National Laboratory scientists helped count the population of Nigeria – all without leaving the lab.

Medical teams with the Bill and Melinda Gates Foundation needed help finding patients while vaccinating for polio in Nigeria, a nation of roughly 190 million people. The last national census, conducted in 2006, did little good a decade later.

Researchers at ORNL and the University of Southampton estimated population counts for every village and neighborhood in Nigeria using satellite imagery and a national sample survey, called a microcensus.

“These estimates helped them figure out where to send people, how many vaccine kits to bring, how many children to expect when they went to a village,” said ORNL’s Eric Weber, who designed the microcensus described in the Proceedings of the National Academy of Sciences.

“We were able to do this by sampling just a tiny fraction of households.” – Matt Lakin

Irradiation may slow corrosion of alloys in molten salt, a team of Oak Ridge National Laboratory scientists has found in preliminary tests.

The researchers put samples of stainless steel and a nickel-based alloy in capsules in the Ohio State University Research Reactor and exposed them to a molten chloride salt with simultaneous neutron irradiation. In their experiment, steel that was irradiated in molten salt showed less corrosion than samples that went through the same environmental treatment but without irradiation.

Though a small sample size was used in the study, further research could support their findings and inform future molten salt reactor designs.

“These types of irradiation experiments help ORNL generate data directly impacting material selections for reactor designers,” said ORNL’s Dianne Ezell. “This could be a significant step in overcoming one of the largest hurdles for molten salt reactors.”

Caption:
An ORNL researcher holds a test specimen for a study of whether irradiation can slow corrosion of metal in liquid salt. Preliminary experiments seem to indicate that it can. Credit: ORNL, U.S. Dept. of Energy

Materials – Turning down the heat

Scientists at Oak Ridge National Laboratory and the University of Tennessee designed and demonstrated a method to make carbon-based materials that can be used as electrodes compatible with a specific semiconductor circuitry.

3D printing electrodes on CMOS circuitry from a polymer precursor requires high, yet regulated, temperatures – typically around 900 degrees Celsius – to carbonize the electrode structure. The challenge is to avoid damaging the CMOS chip.

The team’s novel method, performed at the Center for Nanophase Materials Sciences at ORNL, used two photon polymerization and annealing processes to achieve and verify carbonization below 550 degrees.

“We’ve shown that you can convert a polymer to carbon directly on a chip in a way that can be useful for electrochemical sensing,” said ORNL’s Nickolay Lavrik.