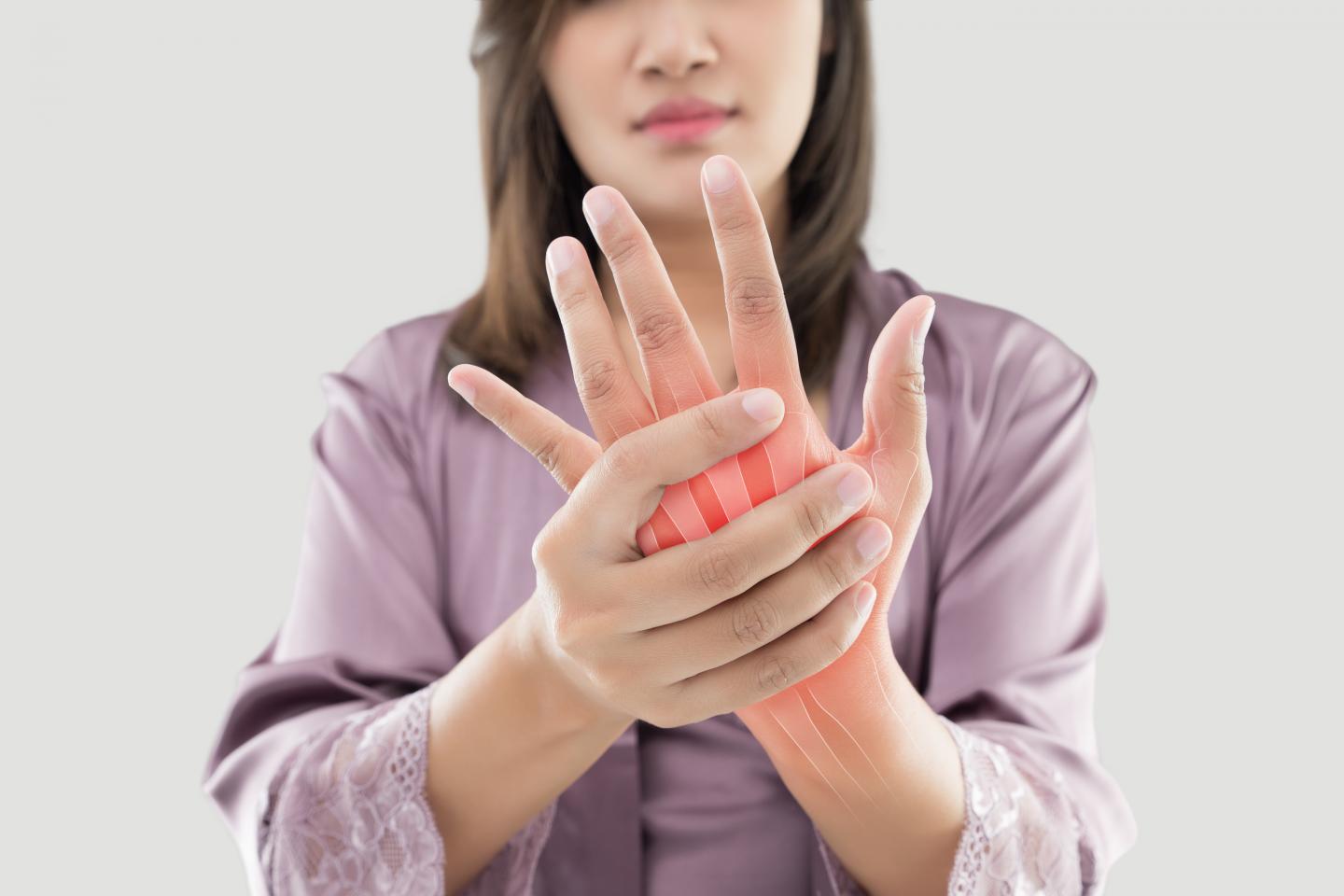 In a new study published in Annals of the Rheumatic Diseases, a research team led by experts from the University of Tsukuba investigated the role of follicular helper T cells, a type of immune cell that guides the adaptive immune response, in the onset of rheumatoid arthritis. They found that OX40-expressing follicular helper T cells contributed to inflammation by regulating a chemical modification of autoantibodies known as sialylation.

Rheumatoid arthritis is a chronic, systemic autoimmune disease that causes pain, reduced quality of life, and increased mortality in affected patients. Although the symptoms and risk factors for the disease are well-known, the underlying mechanisms that lead to initial onset of disease are unknown, and current effective treatments place patients at risk of developing infections.

“Sialylation of autoantibodies has been shown to contribute to the onset of experimental arthritis in mice, through a subset of T helper cells,” says Isao Matsumoto, corresponding author on the study. “Because OX40-expressing (IL-17-producing) follicular helper T cells are present at increased proportions in patients with rheumatoid arthritis, we suspected that these cells may play a role in sialylation that promotes the development of rheumatoid arthritis.”

In the study, increased numbers of OX40-expressing (IL-17-producing) follicular helper T cells were found during the onset of experimental arthritis, accompanied by autoantibodies with an increased ability to activate immune cells in vitro. Analysis of the autoantibodies revealed that changes in sialylation caused this increased inflammatory potential, suggesting that the process of sialylation may provide a useful drug target for treatment of rheumatoid arthritis.

“Our analyses revealed that the interaction between OX40 on the surface of follicular helper T cells and OX40L on antibody-producing B cells led to reduction of sialylation on autoantibodies in mice,” says lead author Izumi Kurata. “We found that blocking this interaction could reduce autoimmune inflammation while preserving immune interactions necessary for controlling potential infections.”

In addition to blocking the interaction between cells that could lead to increased inflammation via autoantibodies, the researchers found that this blocking strategy could reduce the numbers of follicular helper T cells in mice, which may contribute to extended resolution of arthritis symptoms.

The article, “Potential involvement of OX40 in the regulation of autoantibody sialylation in arthritis,” was published in Annals of the Rheumatic Diseases at DOI: 10.1136/annrheumdis-2019-215195

I see the pattern under your skin

Scienmag Feb 19, 2020
A sensor using quantum entanglement can determine if a single magnetic excitation is present in a millimeter-sized…