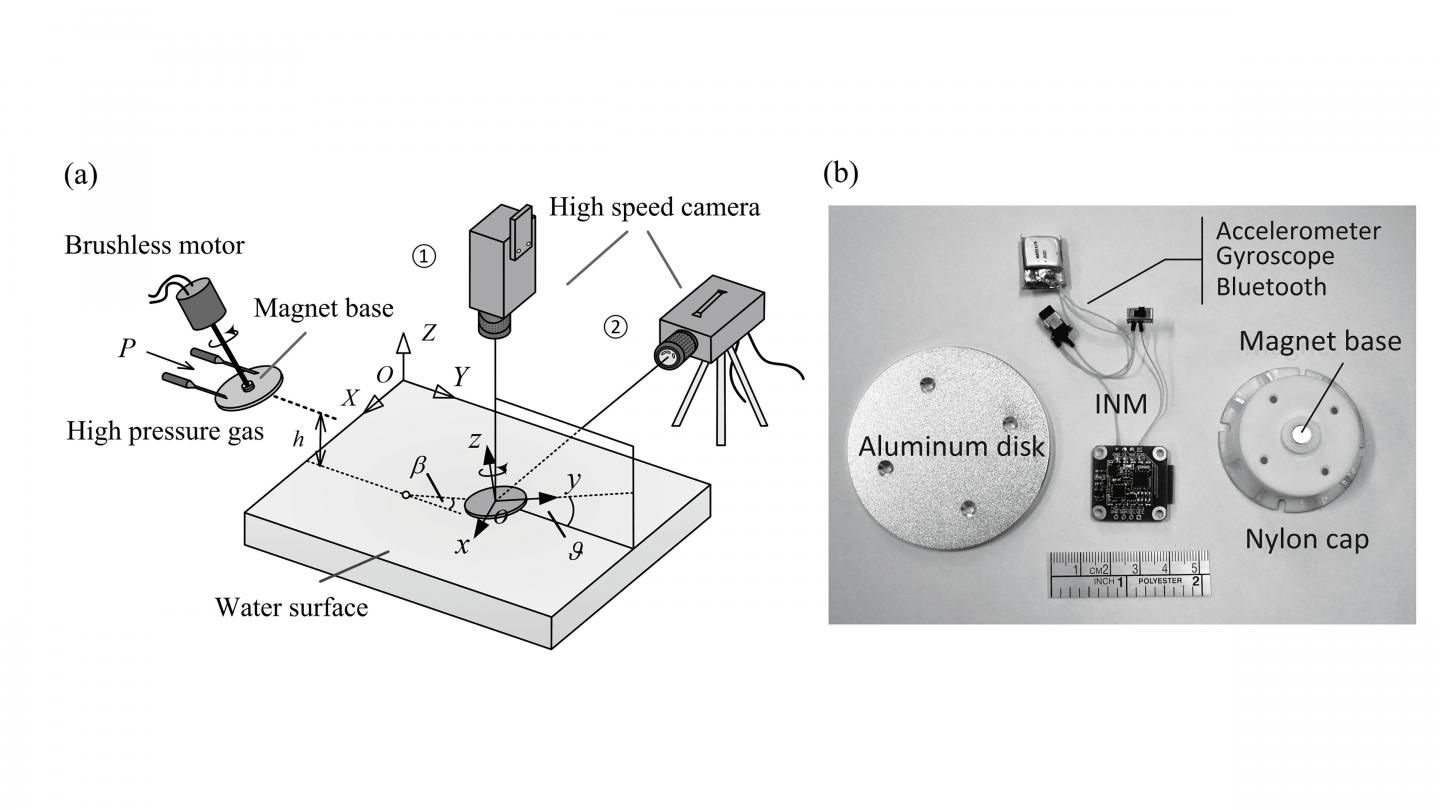 WASHINGTON, April 20, 2021 — Skipping stones on a body of water is an age-old game, but developing a better understanding of the physics involved is crucial for more serious matters, such as water landings upon reentry of spaceflight vehicles or aircrafts.

In Physics of Fluids, by AIP Publishing, scientists from several universities in China reveal several key factors that influence the number of bounces a skipping stone or landing aircraft will undergo when hitting the water.

The study involved theoretical modeling and a simple experimental setup using a model stone to gather data in real time. The investigators used an aluminum disk as a stand-in for the stone and designed a launching mechanism that utilized a puff of air from a compressor to control the speed at which the disk traveled toward the water.

Previous studies had already determined that spinning the stone is key in getting it to skip or bounce, so the experimental setup allowed a motor to apply a controlled spin to the disk prior to launch. In addition, the disk had a nylon cap containing an inertial navigation module to measure data in flight and transmit it to a computer via a Bluetooth connection.

The investigators observed two types of motions after the disk collided with the water surface: bouncing and surfing. In the latter, the disk skims along the surface of the water without bouncing at all.

A key quantity in determining whether the disk can bounce is the vertical acceleration. When this acceleration exceeds four times the acceleration due to gravity, g, the disk bounces. When it is slightly smaller, 3.8 g, surfing was observed.

“We consider the surfing phenomenon to be a critical form of bouncing, with 3.8 g as the critical bounce boundary,” said author Kun Zhao. The minimum value at which the stone has the potential to skip was found to be 3.05 g.

The scientists also found the direction at which the disk or stone is spun affects its trajectory and the attitude or pitch, which is the angle between the water surface and the direction of flight.

“Our results show that the main effect of spinning is to stabilize the attitude during the collision by the gyro effect,” said Zhao.