Scientists have sequenced ancient DNA from soil for the first time and the advance will transform what is known about everything from evolution to climate change. 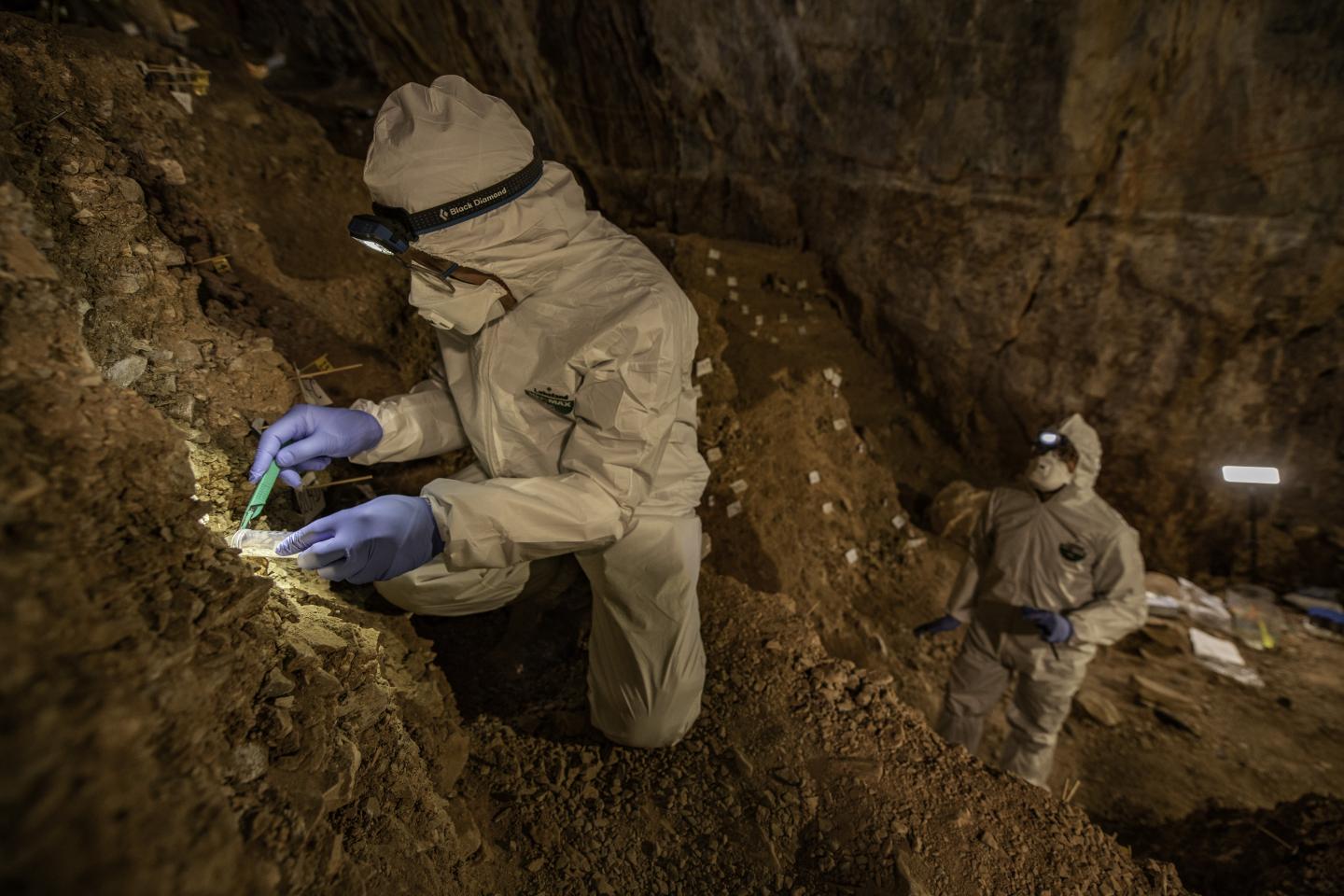 Scientists have sequenced ancient DNA from soil for the first time and the advance will transform what is known about everything from evolution to climate change.

The findings have been described as the ‘moon landings’ of genomics because researchers will no longer have to rely on finding and testing fossils to determine genetic ancestry, links and discoveries – and it is thanks to Stone Age black bears who defecated in a remote cave in Mexico 16,000 years ago.

A team of scientists from The Lundbeck Foundation GeoGenetics Centre, University of Copenhagen, led by Professor Eske Willerslev, director of the foundation and a Fellow of St John’s College, University of Cambridge, recreated the genomes of animals, plants and bacteria of microscopic fragments of DNA found in Chiquihuite Cave.

The results, which have been published today (April 19 2021) in Current Biology, are the first time environmental DNA has been sequenced from soil and sediment and includes the ancient DNA profile of a Stone Age American black bear taken from samples in the cave.

This ‘scientific first’ has wider significance as it increases scientists’ ability to study the evolution of animals, plants and microorganisms, which has been hailed as the dawn of an ‘entirely new era’ of population genetics. The work was possible as a result of advanced technology and understanding over the past five years.

This is because working with highly fragmented DNA from soil samples means scientists no longer have to rely on DNA samples from bone or teeth for enough genetic material to recreate a profile of ancient DNA, which opens up the field to what can be tested and studied.

The samples included faeces and droplets of urine from an ancestor of North America’s most familiar and common bear – the American black bear – which allowed scientists to recreate the entire genetic code of two species of the animal. The first is the Stone Age American black bear, the second is an extinct short-faced bear called Arctodus simus which died out 12,000 years ago.

Professor Willerslev said: “When an animal or a human urinates or defecates, cells from the organism are also excreted. And the DNA fragments from these cells are what we can detect in the soil samples. Using extremely powerful sequencing techniques, we reconstructed genomes – genetic profiles – based on these fragments for the first time. We have shown that hair, urine and faeces all provide genetic material which, in the right conditions, can survive for much longer than 10,000 years.

“All over the world, everyone scientifically involved in the study of ancient DNA recognised the need to reconstruct genomes from fragments found in soil or sediment. Being able to do that for the first time means we have opened up a new frontier. Analysis of DNA found in soil could have the potential to expand the narrative about everything from the evolution of species to developments in climate change – this is the moon landing of genomics because fossils will no longer be needed.”

Chiquihuite Cave, where the samples were taken from, is a high-altitude site, 2,750 metres above sea level. Nearly 2,000 stone tools and small tool fragments, known as flakes, were discovered.

The same group of scientists revealed last year that DNA analysis of the plant and animal remains from the sediment packed around the tools in the cave dates the tools and the human occupation of the site to 25,000-30,000 years ago – 15,000 years earlier than people were previously thought to have reached the Americas. Human DNA has not yet been found.

DNA of mice, black bears, rodents, bats, voles and kangaroo rats was found and the genome of the two species of bear has now been sequenced. The huge predatory short-faced bear, which also lived in North America, stood at nearly two metres just on all fours and could weigh up to 1,000 kilos.

Assistant Professor Mikkel Winther Pedersen, first author of the paper, said: “The short-faced bears that lived in northern Mexico were distinctly different from the population of black bears living in north-western Canada. This is an excellent example of the new knowledge that suddenly becomes available when you reconstruct genomes based on DNA fragments extracted from soil.”

Professor Pedersen described the new sequencing as ‘the dawn of an entirely new era’ of population genomics.

He said: “Studies of ancient environmental DNA have been very limited until now. Fragmented DNA from a soil sample could only tell us whether a specific species lived in a certain locality at a certain time, but it gave us no concrete details about the individual in question.

“So, we couldn’t compare this individual with present-day individuals of the same species. But we can now. We have published for the first time a DNA profile of an American black bear that lived in a mountain cave in northern Mexico in the Stone Age. I’m not exaggerating when I say that the potential to extract this type of information from a soil sample of a mere few grams will revolutionise our field.”

Fragments in sediment will be able to be tested in many former Stone Age settlements around the world.

Professor Willerslev added: “Imagine the stories those traces could tell. It’s a little insane – but also fascinating – to think that, back in the Stone Age, these bears urinated and defecated in the Chiquihuite Cave and left us the traces we’re able to analyse today.”