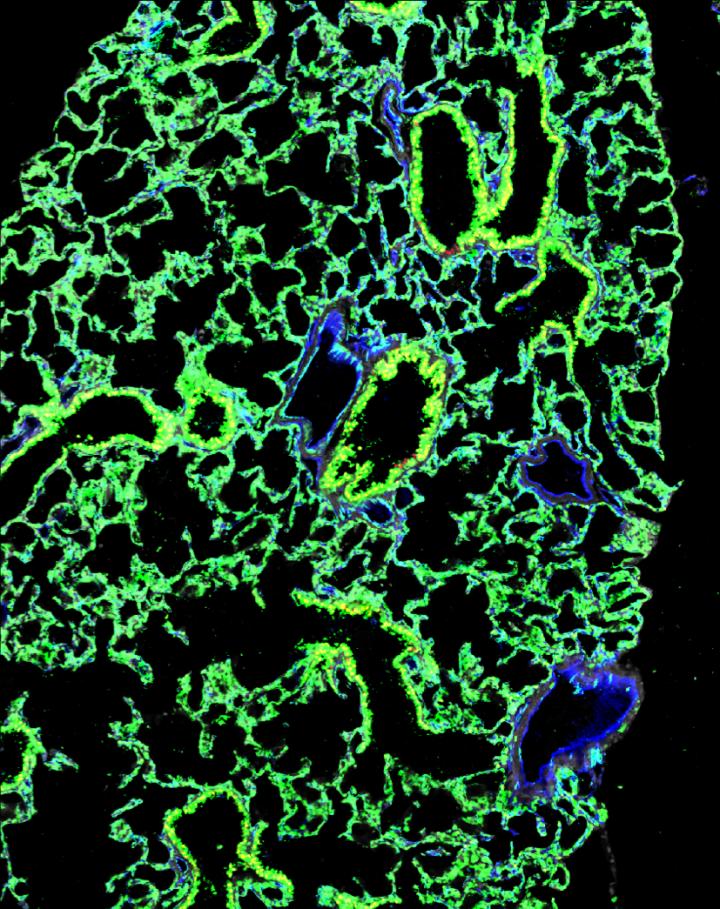 Researchers at Columbia University were able to grow fully functional lungs in mouse embryos using transplanted stem cells. The findings suggest that it may be ultimately possible to use the technique to grow human lungs in animals for patients who need transplants and to study new lung treatments.

The paper was published online in the journal Nature Medicine.

“Millions of people worldwide who suffer from incurable lung diseases die without treatment due to the limited supply of donor lungs for transplantation,” said co-senior author Wellington V. Cardoso, MD, PhD, professor of medicine and of genetics & development at Columbia University Vagelos College of Physicians and Surgeons. “Our study shows that it may eventually be possible to develop new strategies for generating human lungs in animals for transplantation as an alternative to waiting for donor lungs.”

Researchers have dedicated major efforts to bioengineer lungs by growing stem cells on synthetic scaffolds or in lungs that have been stripped of their original cells. Though substantial progress has been made, researchers have been unable to generate a fully functional lung capable of maintaining survival in animal models??? Or capable of keeping an animal alive?.

“We thought it might be simpler to grow new lungs in a developing animal, so that we could take advantage of the animal’s natural signals for lung development,” says first author Munemasa Mori, MD, PhD, instructor of medicine at Columbia University Vagelos College of Physicians and Surgeons.

The researchers’ first challenge was to create tissue culture conditions that would allow the donor stem cells to expand proliferate and maintain their ability to transform into many different cell types.

Next, the researchers implanted these stem cells in two types of engineered mouse embryos. One type lacked the stem cells that develop into mature lung cells and another could not produce enough of the cells to make a lung. This procedure created a “chimeric” embryo that was a mix of donor and host cells.

The implanted stem cells outcompeted the host cells for growth-promoting molecules present in the embryo, leading to the formation of functional lungs that allowed the mice to live well into adulthood. A variety of lung function tests confirmed that the “chimeric” lungs worked as well as normal mouse lungs, with no signs of rejection.

“The stem cells were implanted before the embryos’ immunological system was turned on, which may explain why the organs were not rejected,” says Mori, who will later test his approach in larger animals and in interspecies organ transplants.

“Many of the signals for lung development are conserved across species, from frogs to mice to humans, so the idea of using animals to grow human lungs is not out of the question,” Cardoso says.

The research was performed in collaboration with Hiromitsu Nakauchi, PhD, a professor at Stanford University School of Medicine and the University of Tokyo, a co-senior author of the paper.

Scienmag May 6, 2019
Professor Young-Tae Chang of POSTECH and his research team developed a fluorescent molecule for screening…