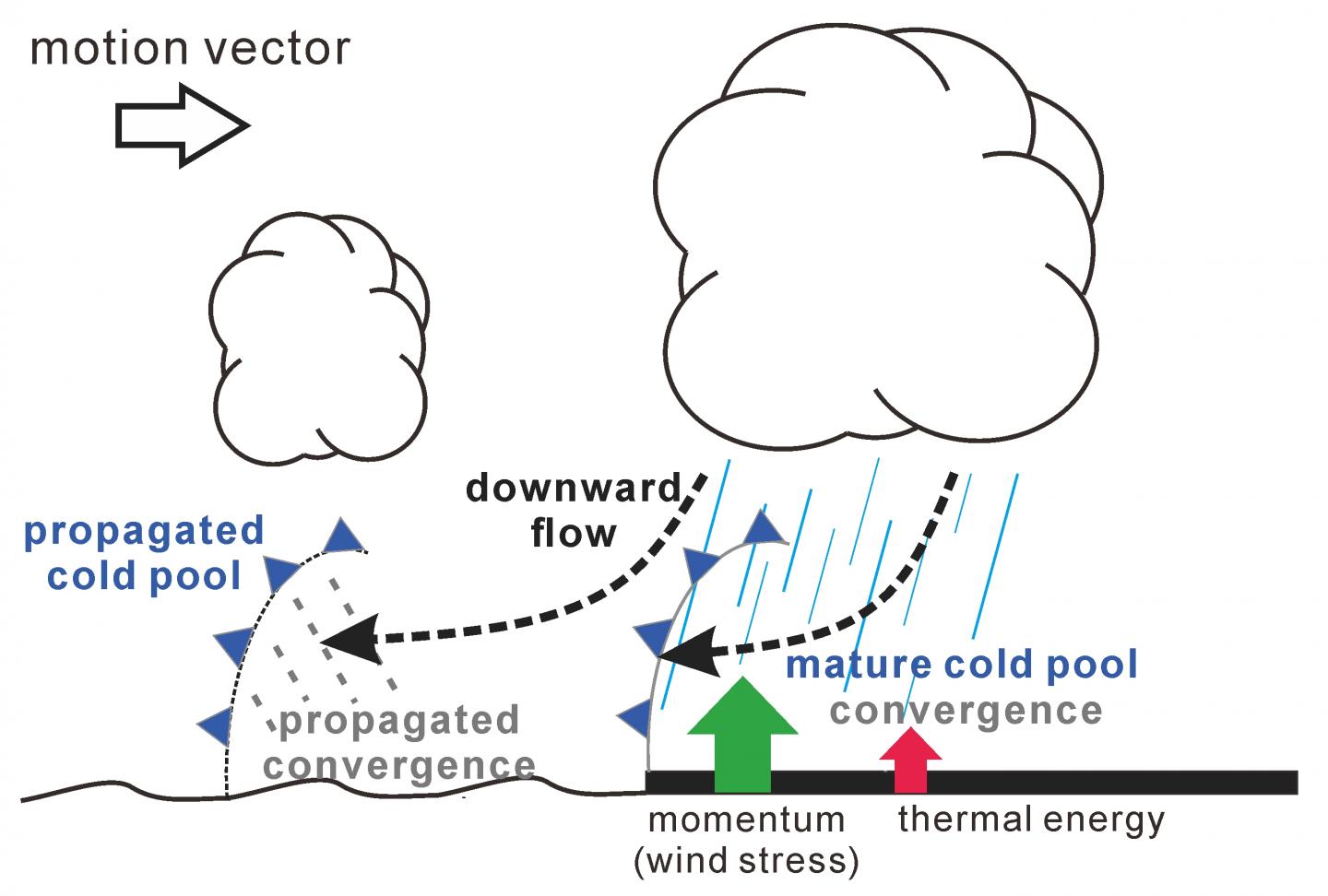 Steep gradients of wind stress and potential temperature enable sustainable nearshore precipitation systems along the western coastal region of Korea, according to Prof. Dong-In Lee, lead scientist at the Group of Environmental Atmospheric Research (GEAR), Pukyong National University, and one of the authors of a recently published study.

“Coastal precipitation, which refers to the occurrence of heavy precipitation in coastal areas, has always been an interesting study area, but it is difficult to prove its cause from the mesoscale point of view, although surface discontinuity is known to play an important role,” says the corresponding author of the study, Prof. Lee. “In order to reveal the effect of surface discontinuity on coastal precipitation from the mesoscale perspective, we investigated the process of momentum transportation using the radar-retrieved wind field and a model experiment.”

By using observational data from two S-band radars, C-band radar, and surface weather variables, Prof. Dong-In Lee and his team–a group of researchers from GEAR at Pukyong National University, the New and Renewable Energy Resource Center at the Korea Institute of Energy Research, and the Storm, Flood and Landslide Research Department at the National Research Institute for Earth Science and Disaster Resilience–have had their findings on the causes of coastal precipitation in the western region of Korea published in Advances of Atmospheric Sciences.

Prof. Lee believes that “The presence of the coast can contribute to sustaining precipitation. A key point of the paper is that changes of roughness can contribute to the sustained development of precipitation in coastal areas. We are preparing an idealized experiment based on the results of this study and will investigate the microphysical processes of coastal precipitation through DSD [drop size distribution] observations in the future.”

Scienmag May 7, 2019
A CABI-led project involving an international team of remote sensing and plant protection experts is helping China…