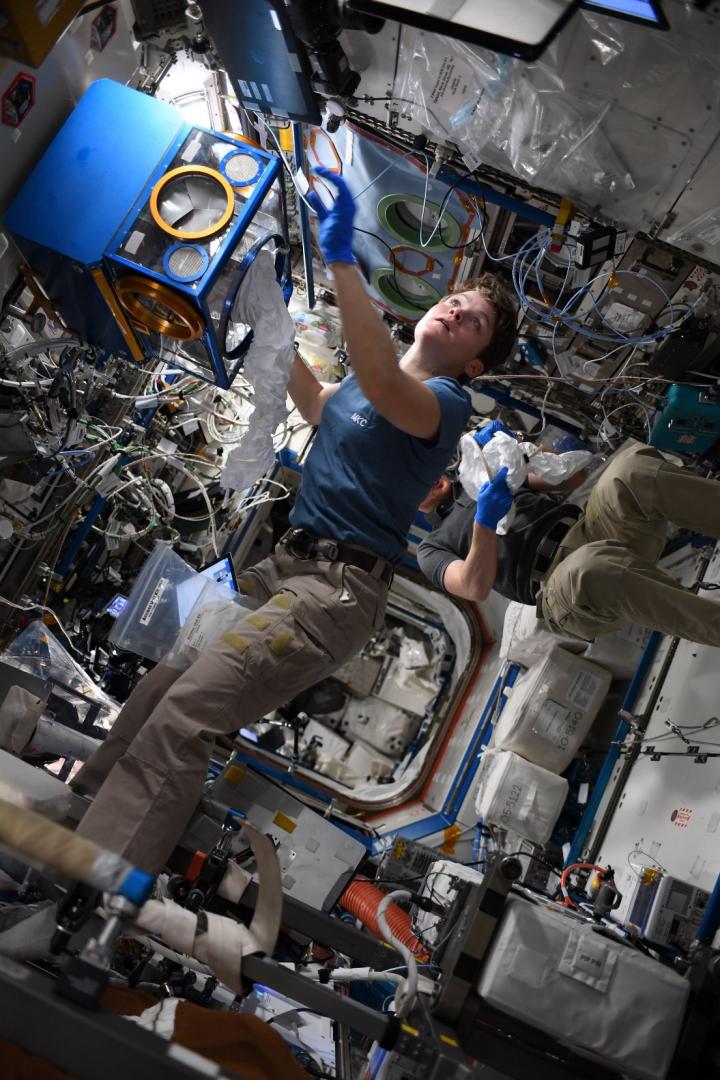 Falling ill while traveling is an unfortunate yet common occurrence. Even a minor bug can ruin an entire trip. But for astronauts, getting sick on a long space voyage would have far more serious consequences than a little spoiled fun.

The Rodent Research 12 (RR-12) investigation joins a series of studies aboard the International Space Station with the common goal of keeping astronauts healthy in space.

Research has shown that spaceflight causes significant changes in the human immune system. These changes seem to depend on the length of time spent in space, and more research is needed to confirm these findings and significance for long term health.

Scientists also want to know exactly how the immune system responds when exposed to a pathogen that can cause illness while in space. Mice have immune systems very similar to that of humans, so RR-12 is sending mice to the space station in an effort to answer that question.

“First, we are looking at the primary immune response, which will show how well the immune system produces antibodies the first time it sees an immune challenge,” said principal investigator Michael J. Pecaut at Loma Linda University in California. “Then, we look at how well the memory response works in space.” Pecaut leads the experiment with co-investigator Stephen K. Chapes at Kansas State University in Manhattan, Kansas.

Because infectious organisms are unwelcome on the space station, the researchers are using a vaccine that is similar to the one commonly used for tetanus to generate an antibody or immune response in the mice. The vaccine toxoid poses no risk to crew members because all have already received the same vaccine.

One group of mice receives its first exposure to the vaccine after two weeks aboard the space station with researchers examining the number and type of antibodies produced as a result. This part of the study helps determine if the immune system can respond to a challenge it has never seen before while in space. The investigators expect to see fewer immune cells and different types of them than the vaccine typically triggers on the ground.

A second set of mice receives the vaccine on the ground so it can develop an antibody response and immunological memory before flying to the space station, just as a person would after receiving a vaccination. The mice receive a second vaccination two weeks into the flight. This allows researchers to test whether immunological memory is effective in space by comparing the responses in the two groups of mice.

“If the diversity and number of immune cells that are produced changes in space, that affects the ability of astronauts to respond to some sort of immune challenge such as bacteria on the station,” Pecaut said.

The investigators plan to analyze the immune response of the mice in orbit so they can be sure the changes they see are caused by spaceflight and not by the experience of re-entry or return to Earth.

In addition to establishing a link between spaceflight and reduced immune system activation, the investigation could lead to measures that counteract the reduced activation to help protect crew members on long-duration missions.

The investigation also may advance research on antibody production and response to vaccines, helping to improve the effectiveness of vaccines and other therapies for treating diseases and cancers.

“Because NASA is so careful with its astronauts, very few people get sick during spaceflight and it’s not a major concern now,” Pecaut said. “But as we start sending astronauts on longer trips, or as opportunities for space commercialization or tourism ramp up, we need to know that the immune system is still effective. We want to be sure that astronauts can respond to an immune system challenge in space the same as on Earth.”

After all, no one wants a trip to the Moon or Mars ruined by an illness.

This investigation, sponsored by NASA Space Life and Physical Science-Space Biology (NASA-SLPS-Space Biology), is the first time rodents have flown to the space station from NASA’s Wallops Flight Facility aboard a Cygnus spacecraft. This mission tests a new late load capability, allowing time-sensitive experiments to be loaded into Cygnus just 24 hours before launch rather than the previous four-day requirement.