Sometimes, doing things close to home may be more feasible than doing them on a grand scale, even if they cost a bit more. This may be the case for controlling carbon emissions, according to a team of researchers who looked at state-led efforts and found them only slightly more expensive than federally mandated ones. 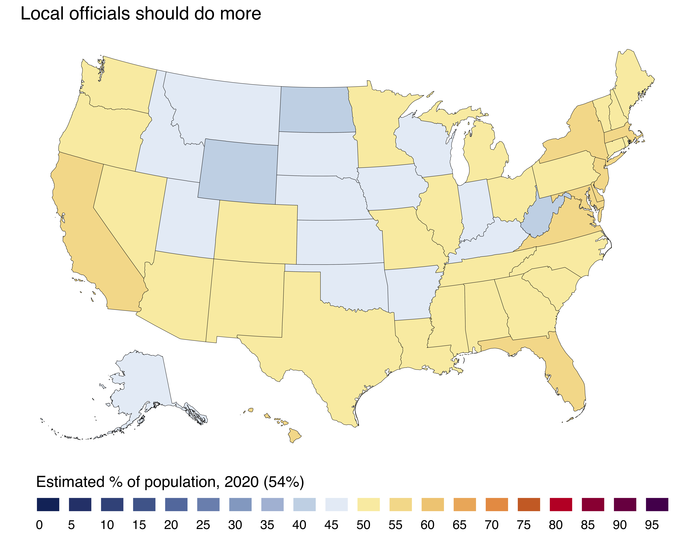 Sometimes, doing things close to home may be more feasible than doing them on a grand scale, even if they cost a bit more. This may be the case for controlling carbon emissions, according to a team of researchers who looked at state-led efforts and found them only slightly more expensive than federally mandated ones.

Reporting in a recent issue of Nature Climate Change, the researchers note that “the nationwide cost from heterogeneous subnational policies is only one-tenth higher than nationally uniform policies.”

They note however, that this relies on two technologies, low-carbon electricity and advanced biofuels for which interstate trade helps to even the effects of different states having different costs of mitigation.

“One of the most exciting things is that climate action is going local,” said Wei Peng, assistant professor of international affairs and civil and environmental engineering, Penn State. “More subnational actors are engaging in climate action.”

According to Peng, 30 states have already completed or are preparing action plans to mitigate carbon emissions. Twenty-four states have carbon-emission targets, and many are requiring electricity to come from low-carbon sources.

Other states, however, are taking limited action.

“It is exciting to see climate leadership in many states,” said Peng. “But we need other states to be engaged as well.”

States like California, where electrical production and transportation are already mandated to have reduced carbon footprints, incur large costs to further reduce their carbon emissions. However, according to Peng, states that have not yet begun to lower carbon emissions can do so for far lower costs and achieve larger decreases in carbon emissions.

“A national unified program mandated out of D.C. is politically challenging,” said Peng. “Letting states take the lead is more feasible and credible, but it is important still to have a floor level of federal policy to keep the cost low.”

The idea is to have a general floor level policy that every state must adhere to and then individual states can do more, according to Peng. Coupled with this is trade.

“It is important for states to exchange electricity and liquid fuels, especially advanced bio-fuels,” said Peng.

Currently, exchange of electricity is not always possible. According to Peng, there are more than 10 regional wholesale electricity markets grids in the U.S., and they do not always play well together. In February of 2021, Texas suffered a weather-induced, electrical generating failure. Because Texas had separated itself from other electrical grids, it could not easily import electricity from other geographic locations.

In other areas of the country, if a power plant goes down, or weather impedes production, electricity from other areas at least partially fills the gaps. Texas had limited ability to do so and about 4.5 million people lost power in the middle of a cold, winter-weather event.

In the transportation area, not all means of transportation easily accept conversion to low-carbon emission fuels. While electric cars and biofueled buses already exist, the aviation industry, for example, still relies on liquid fossil fuels for propulsion.

Peng suggests that sectors that are hard to abate due to the lack of cost-competitive technologies, should get economic incentives to accelerate innovation.

The researchers modeled a variety of possible state-based approaches to lowering carbon emissions and looked at combined scenarios where some states did nothing, a little, or a modest amount, all the way to those that did the most. They found that the amount of carbon emission reduction depended on critical technologies, which in this case include low-carbon electricity and liquid biofuels, and the ability to trade between states.

Considering these requirements, the researchers also found that, at least in the U.S., allowing a patchwork of different approaches at different levels of engagement might be only slightly more expensive that mandating uniform efforts nationally.