Starting small to answer the big questions about photosynthesis 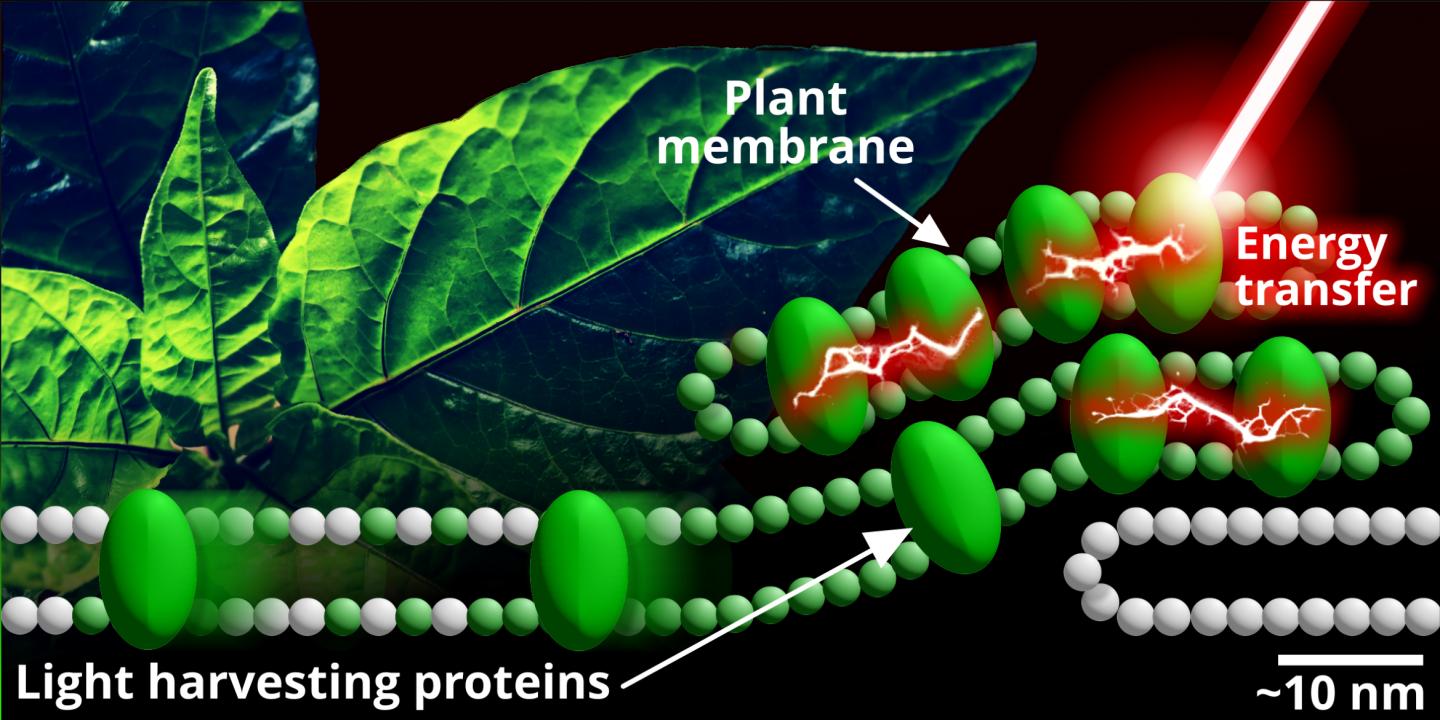 New scientific techniques are revealing the intricate role that proteins play in photosynthesis.

Despite being discovered almost 300 years ago, photosynthesis still holds many unanswered questions for science, particularly the way that proteins organise themselves to convert sunlight into chemical energy and at the same time, protect plants from too much sunlight.

Now a collaboration between researchers at the University of Leeds and Kobe University in Japan is developing a novel approach to the investigation of photosynthesis.

Using hybrid membranes that mimic natural plant membranes and advanced microscopes, they are opening photosynthesis to nanoscale investigation – the study of life at less than one billionth of a metre – to reveal the behaviour of individual protein molecules.

Dr Peter Adams, Associate Professor in the School of Physics and Astronomy at the University of Leeds, who supervised the research, said: “For many decades scientists have been developing an understanding of photosynthesis in terms of the biology of whole plants. This research is tackling it at the molecular level and the way proteins interact.

“A greater understanding of photosynthesis will benefit humankind. It will help scientists identify new ways to protect and boost crop yields, as well as inspire technologists to develop new solar-powered materials and components.”

The findings are published in the academic journal Small.

Photosynthesis happens when photons or packets of light energy cause pigments inside light-harvesting proteins to become excited. The way that these proteins arrange themselves determines how the energy is transferred to other molecules.

It is a complex system that plays out across many different pigments, proteins, and layers of light-harvesting membranes within the plant. Together, it regulates energy absorption, transfer, and the conversion of this energy into other useful forms.

To understand this intricate process, scientists have been using a technique called atomic force microscopy, which is a device capable of revealing components of a membrane that are a few nanometres in size.

The difficulty is that natural plant membranes are very fragile and can be damaged by atomic force microscopy.

But last year, the researchers at Kobe University announced that they had developed a hybrid membrane made up of natural plant material and synthetic lipids that would act as a substitute for a natural plant membrane – and crucially, is more stable when placed in an atomic force microscope.

The team at the University of Leeds used the hybrid membrane and subjected it to atomic force microscopy and another advanced visualisation technique called fluorescence lifetime imaging microscopy, or FLIM.

PhD researcher Sophie Meredith, also from the School of Physics at the University of Leeds, is the lead author in the paper. She said: “The combination of FLIM and atomic force microscopy allowed us to observe the elements of photosynthesis. It gave us an insight into the dynamic behaviors and interactions that take place.

“What is important is that we can control some of the parameters in the hybrid membrane, so we can isolate and control factors, and that helps with experimental investigation.

“In essence, we now have a ‘testbed’ and a suite of advanced imaging tools that will reveal the sub-molecular working of photosynthesis.”

The paper – Model Lipid Membranes Assembled from Natural Plant Thylakoids into 2D Microarray Patterns as a Platform to Assess the Organization and Photophysics of Light-Harvesting Proteins – is available to download at https://doi.org/10.1002/smll.202006608

For further information, please contact David Lewis in the press office at the University of Leeds: [email protected] or on +44 (0)7710 013287

The is an image that goes with the story. The caption is: Light is absorbed by light-harvesting proteins in the plant membrane. The energy excites the proteins and the way they arrange themselves determines the way energy is transferred through the plant.