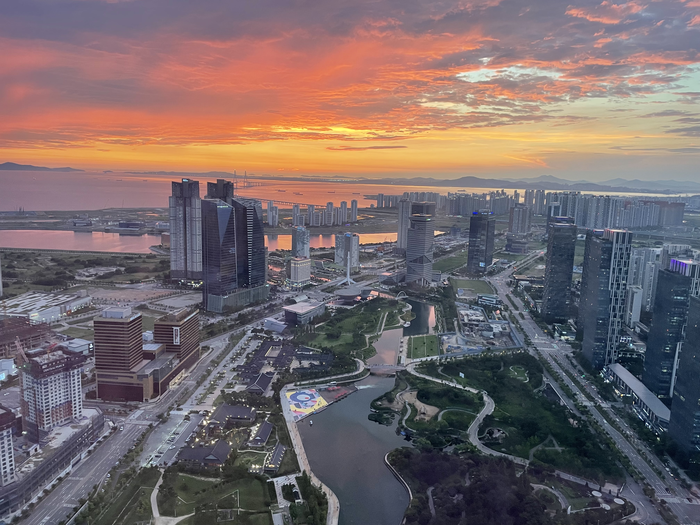 A Stanford University analysis(link is external) could help policymakers across the U.S. spend billions of dollars in new federal infrastructure funding more wisely. The study, published March 31 in Frontiers in Sustainable Cities, presents a first-of-its-kind framework to design the most efficient building mix for an urban district along with systems that supply wastewater treatment, cooling, heating and electricity. The approach optimizes hourly demand and supply of power and water with integrated neighborhood-based power and water plants, significantly reducing costs and pollution compared to traditional systems that serve larger areas. This, in turn, could lead to more walkable, livable and affordable cities.

“Instead of building blindly, we can use this framework to look at the longer-term, forecast development effects and put numbers behind plans,” said study lead author Pouya Rezazadeh Kalehbasti(link is external), a graduate student in civil and environmental engineering at Stanford’s School of Engineering at the time of the research.

Cities as problem and solution

Urban areas account for more than two-thirds of global energy consumption and carbon dioxide emissions, according to UN estimates. Their water sources are increasingly stressed by global warming and burgeoning populations. A solution lies in coordinating the design of systems that supply power, water and wastewater treatment. Unlike traditionally large, centralized plants with segregated functions, this local, integrated arrangement can make it possible to achieve a variety of efficiencies, such as directing unused electricity or heat from a power system to running a wastewater system or using wastewater to cool a power generating system.

Using advanced technologies, integrated power and water plants can be relatively compact – about the size of two or three low-rise buildings – highly efficient and capable of recycling wastewater into potable water. They emit no odors, can run on renewable power sources, such as solar energy, and emit low or no emissions. Each plant can serve between 100 and 1,000 buildings, depending on the buildings’ sizes and resident populations. More than 4,000 integrated power and water systems already exist in the U.S., China and other countries, especially Europe and Canada. Private corporations and universities, such as Stanford, have seen significant energy efficiency gains after adopting some form of the approach.

With an eye toward optimizing the approach, the researchers modeled two scenarios over 20 years of simulated operation. The first scenario was a building mix and energy system designed together along a conventional central wastewater treatment plant powered by the grid. The second scenario integrated advanced wastewater treatment systems – forward osmosis-reverse osmosis and forward osmosis-membrane distillation – into the building and energy design.

The analysis found that fully integrating power and water systems with building mixes resulted in a 75% reduction in social, environmental and economic damage from carbon emissions, and a 20% reduction in lifecycle equipment costs compared to traditional segregated systems. The reductions were due primarily to the reuse of wasted heat and electricity in treating wastewater, and powering the wastewater treatment system with a low- to zero-emission local energy system, rather than the regional electric grid.

The approach proposed in this study is expected to inform urban planners and infrastructure designers of a range of optimal configurations for designing a neighborhood. This way, they could coordinate design of integrated power and water plants with zoning rules, such as imposing limits on industrial buildings, to lead to more environmentally and economically sustainable urban neighborhoods.

“It is exciting to see that by integrating existing infrastructure with new urban technologies, and optimizing their performance in unison, we can discover new, substantial pathways toward global carbon reduction,” said study co-author Michael Lepech, a professor of civil & environmental engineering.

The researchers hope that urban planners will someday use an expanded version of the framework to design a range of other systems, including garbage removal and traffic control. As technologies advance, the framework could also incorporate new efficiencies, such as using power plant heat to dry wastewater biosolids, thereby reducing disposal needs and creating a source of renewable biofuels.

Craig Criddle, a professor of civil & environmental engineering, also coauthored the study. Lepech is also faculty director of the Stanford Center at the Incheon Global Campus, a research center in Korea focused on smart, sustainable cities and urban communities. Lepech and Criddle are also senior fellows at the Stanford Woods Institute for the Environment. Criddle is director of the William and Cloy Codiga Resource Recovery Center, a facility on Stanford’s campus for testing and accelerating the commercialization of promising technologies for the recovery of clean water and energy from wastewater.

This research was funded by the Leavell Fellowship on Sustainable Built Environment from Stanford’s Department of Civil and Environmental Engineering and AP Thailand.