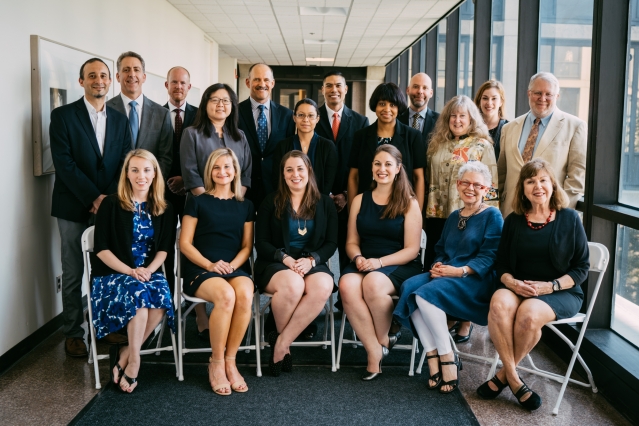 The MIT School of Engineering hosted its 16th annual Infinite Mile Awards ceremony on May 25 to recognize and reward members of the school’s administrative, support, service, and sponsored research staff. The awards support the Institute’s and the school’s objectives for excellence.

Since their inception in 2001, the School of Engineering’s Infinite Mile Awards have been presented to nearly 200 staff members. Nominations are made by department heads and laboratory directors, and the awards are presented to individuals and teams whose work is of the highest caliber. The recipients stand out because of their level of commitment, energy, and enthusiasm.

For the quality of their contributions, the following individuals earned the Infinite Mile Award for Excellence:

In addition to the Infinite Mile Awards, the School of Engineering presented two Ellen J. Mandigo Awards for Outstanding Service. Established in 2009, the award recognizes staff who have demonstrated, over an extended period of time, the qualities Ellen J. Mandigo valued and possessed during her long career at MIT: intelligence, skill, hard work, and dedication to the Institute. This award is made possible by a bequest from Mandigo, a member of the MIT engineering community for nearly five decades.

The 2016 recipients are Doreen Morrisfrom the Office of the Provost, and Stephen Wetzelfrom the Department of Chemical Engineering.