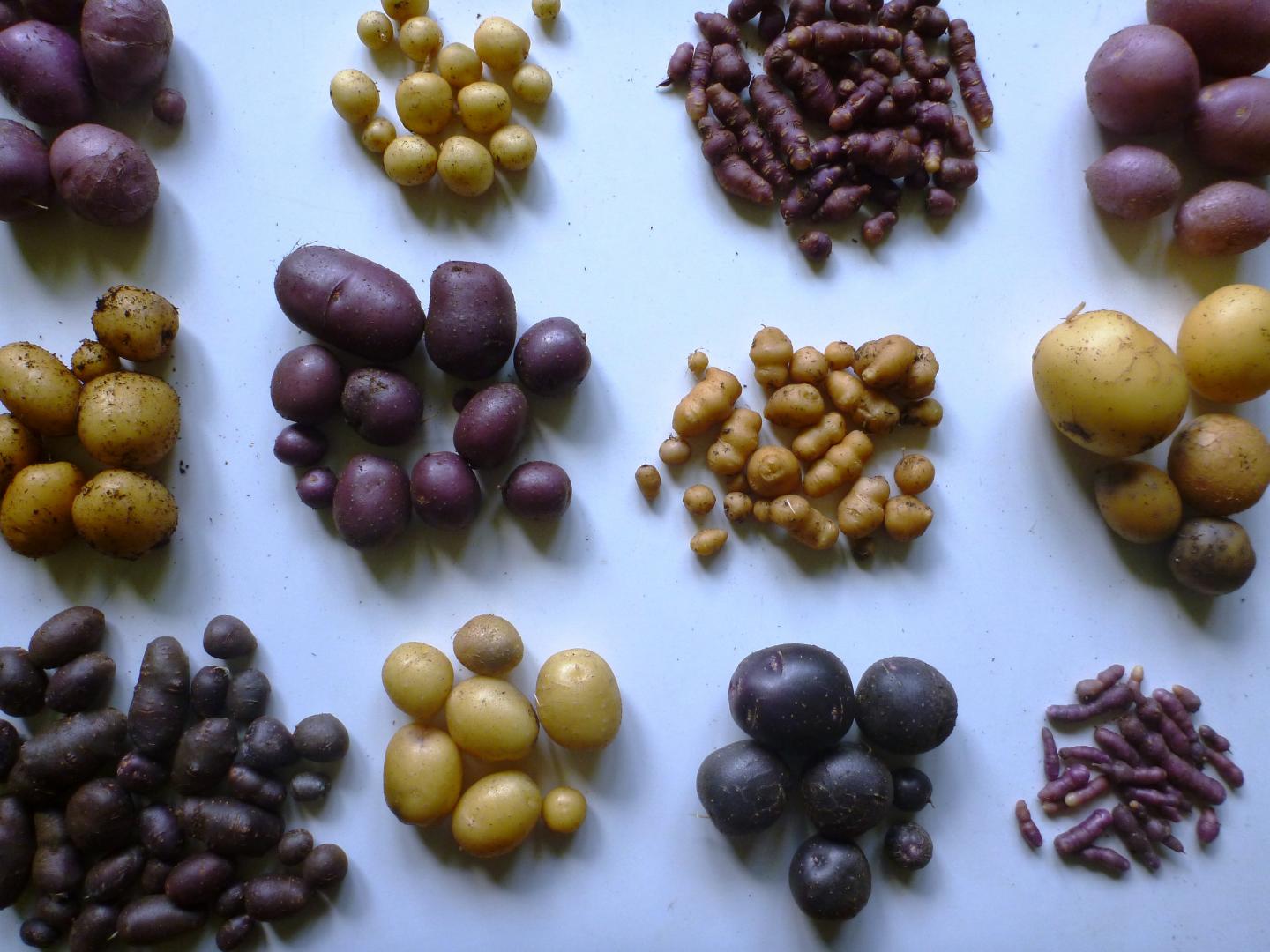 There are several thousand different varieties of Solanum tuberosum, commonly known as the potato, around the world. But this diversity obscures the fact that various genetic and biological factors make improvement by means of traditional breeding difficult. One of the reasons is that cultivated potatoes are tetraploid, meaning that their DNA contains four sets of chromosomes. By contrast, humans are diploid and have two sets of chromosomes. The disadvantage with respect to potatoes is that each gene locus can have four different versions, known as ‘alleles’. This makes it considerably more difficult to create the best-performing combination of alleles. Secondly, unlike other significant crop plants such as maize, wheat or barley, potatoes have a low multiplication coefficient. This means that they have a lower number of tubers that can be harvested from each plant. This slows down breeding progress, as characteristics that are economically relevant cannot be recorded until the end of a breeding cycle.

Because of the significance of the potato for both nutrition and the economy – potatoes are also used to produce starch, among other things – it is necessary to breed new varieties that are resistant against plant diseases, adapted to changing environmental conditions or that have higher nutrition values, for example.

Prof. Stich’s team at HHU coordinates the PotatoTools project, which is subsidised by the German government and is to develop tools for genomic selection (GS) in potato. The methods developed within the project will allow the prediction of the genetic potential of future varieties using thousands of molecular markers distributed across the genome.

So far there is a lack of important genomic resources needed in order to select desired characteristics successfully using GS. For example, a reference genome sequence for cultivated potatoes does not yet exist. Neither are there any means of characterising different genotypes (a genotype is the entire genetic make-up of an individual life form) of potatoes using high-throughput SNP arrays. It is likewise still unclear how potato breeding programmes need to be changed in order to make the best possible use of the advantages of GS. The PotatoTools project intends to tackle all of these unresolved questions. It is intended that the project will result in generally applicable tools and methods.

The project is a collaboration between research groups at HHU’s Institute of Quantitative Genetics and Genomics of Plants and breeding companies. The Federal Ministry of Food and Agriculture will fund the project for a three-year period through the Agency for Renewable Resources. The overall project volume is roughly EUR 2.7 million, which includes the co-payments made by the companies involved.

Scientists can now control thermal profiles at the nanoscale

How to freeze heat conduction