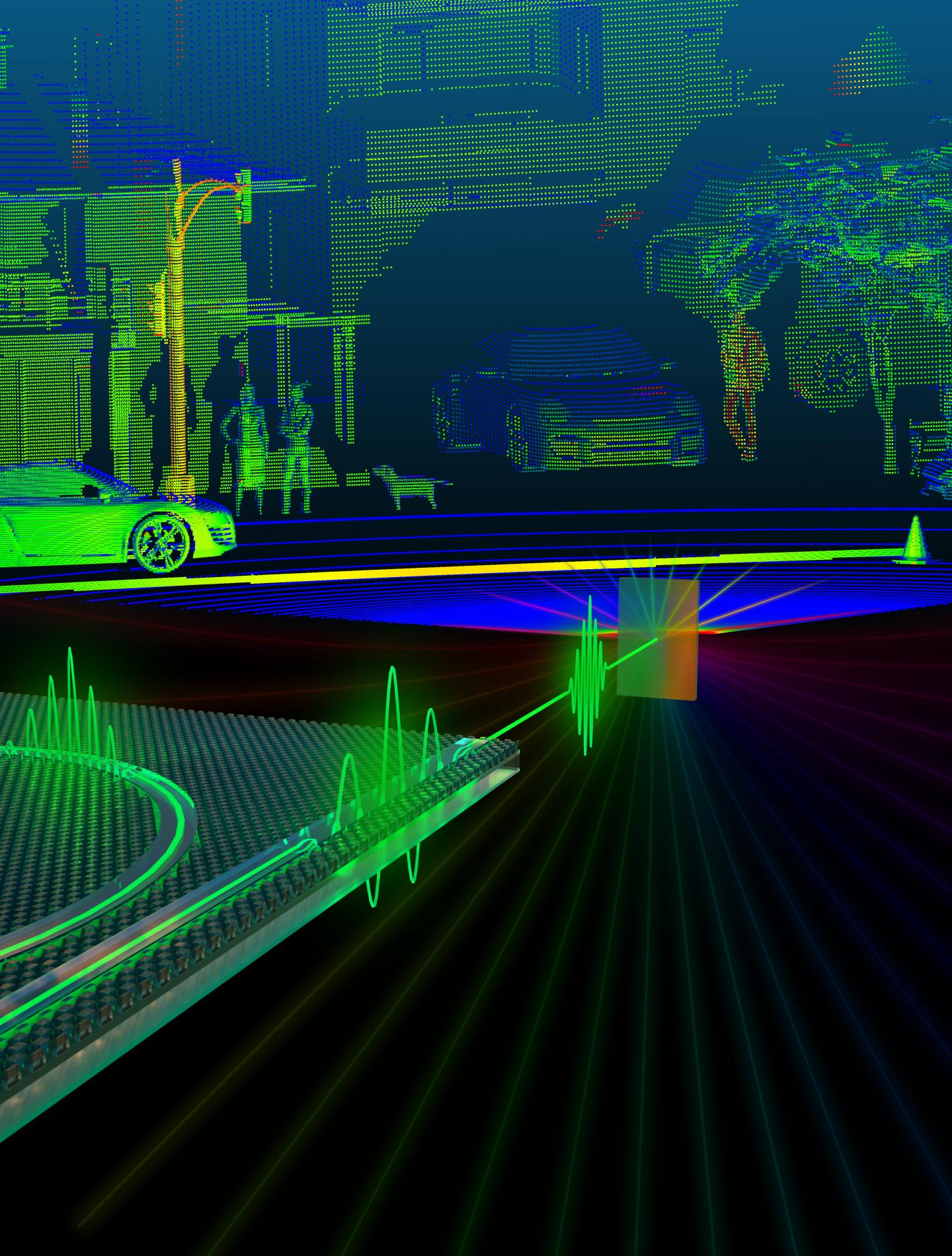 Light detection and ranging (LiDAR) comprised an array of techniques using laser light to measure distances by multiplying the time delay between transmitted and received optical signals with the speed of light. Modern 3D LiDAR sensors combine high lateral/vertical and radial resolution, and are key components in the ongoing revolution of level 4 and 5 self-driving cars.

The prominence of 3D LiDAR sensing has its roots in 2007 DARPA autonomous driving challenge with the introduction of the first Velodyne spinning laser array sensors measuring up to 128 laser lines in parallel. Most modern LiDAR sensors rely on the time-of-flight operation principle where short pulses or pulse patterns are emitted from the sensor aperture and the power of back-reflected light is detected using a square-law photodetector.

A different principle is that of coherent laser ranging, most importantly frequency-modulated continuous wave (FMCW) LiDAR, where the laser is set up to emit linear optical frequency chirps. Heterodyne mixing with a replica of the emitted laser light maps the target distance to a radiofrequency.

Coherent detection has many inherent advantages such as enhanced distance resolution, direct velocity detection via the Doppler effect, and imperviousness to sunlight glare and interference. But the technical complexity of precisely controlling narrow-linewidth frequency-agile lasers has so far prevented the successful parallelization of FMCW LiDAR.

Now, researchers at the lab of Tobias Kippenberg at EPFL have found a new way to implement a parallel FMCW LiDAR engine by using integrated nonlinear photonic circuitry. They coupled a single FMCW laser into a silicon-nitride planar microresonator, where the continuous wave laser light is converted into a stable optical pulse train due to the double balance of dispersion, nonlinearity, cavity pumping and loss.

The study has been published in Nature.

“Surprisingly, the formation of the dissipative Kerr soliton, does not only persist when the pump laser is chirped, but transfers the chirp faithfully to all the generated comb teeth,” says Johann Riemensberger, postdoc at Kippenberg’s lab and first author of the study.

The small size of the microresonator means that the comb teeth are spaced 100 GHz apart, which is enough to separate them using standard diffraction optics. Because each comb tooth inherits the linear chirping of the pump laser, it was possible to create up to 30 independent FMCW LiDAR channels in the microresonator.

Each channel is capable to measure distance and velocity of a target simultaneously, while the spectral separation of the different channels makes the device immune to channel crosstalk, as well as a natural fit for co-integration with recently deployed optical phased arrays based on photonic integrated optical grating emitters.

The concept relies on high-quality silicon-nitride microresonsators with record-low losses amongst planar nonlinear waveguide platforms, which were produced at EPFL’s Centre of MicroNanotechnology (CMi). The silicon-nitride microresonators are already commercially available by EPFL spinoff LiGENTEC SA that has specialized on fabrication of silicon nitride-based photonic integrated circuits (PIC).

This work paves a way for the widespread application of coherent LiDAR in autonomous vehicle applications in the future. The researchers are now focused on heterogeneous co-integration of laser, low-loss nonlinear microresonators, and photodetectors in a single and compact photonic package.

Genetic testing among individuals with ASD

Pofatu: A new database for geochemical ‘fingerprints’ of artefacts