Non-compaction cardiomyopathy is a heart condition caused by defects that arise during fetal development and can have diverse health impacts in affected individuals, including sudden cardiac death. The Intercellular Signaling in Cardiovascular Development and Disease group at the Centro Nacional de Investigaciones Cardiovasculares (CNIC) previously reported that this disease can be caused by two distinct mutations in the Mindbomb1 gene (Mib1). 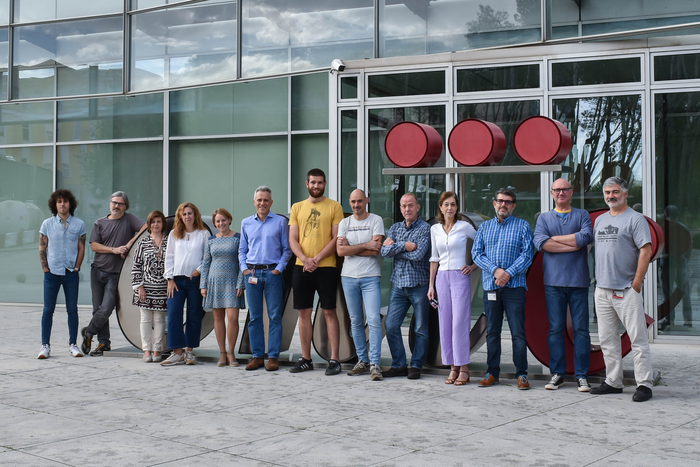 Non-compaction cardiomyopathy is a heart condition caused by defects that arise during fetal development and can have diverse health impacts in affected individuals, including sudden cardiac death. The Intercellular Signaling in Cardiovascular Development and Disease group at the Centro Nacional de Investigaciones Cardiovasculares (CNIC) previously reported that this disease can be caused by two distinct mutations in the Mindbomb1 gene (Mib1).

The same group has now shown that the presence of one of these Mib1 mutations does not always lead to non-compaction cardiomyopathy. Instead, the outcome depends on the genetic context provided by mutations in other genes that “modify” the effect of the Mib1 mutations.

In a new article published in Circulation, the scientists describe how the context of mutations accompanying one supposedly “causal” mutation for non-compaction cardiomyopathy can condition both the severity and the appearance of different anomalies, so the that the precise outcome depends on the patient’s specific combination of mutations.

In 2013, the group identified two mutations in Mib1 as the causes of left ventricular non compaction (LVNC) in two separate families.

The health impacts of LVNC can be very diverse, in severe cases causing sudden cardiac death, and arise from defects that appear before birth.

Building on the earlier study, the team led by Dr. José Luis de la Pompa aimed to analyze the specific mechanisms that make Mib1 so important for the correct development of the heart. For this analysis, the team used CRISPR-Cas9 molecular-scissor technology to insert the LVNC-causing mutations into the mouse genome.

Analysis of these mouse models showed that the animals developed LVNC only if they carried two allelic copies of one of the Mib1 mutations. As Dr. De la Pompa explained, “this differs from the situation in patients, who manifest the disease in the presence of a single copy of one of the MIB1 mutants. In addition to this, the mice developed heart valve defects, either alone or in combination with LVNC.”

These differences, explained first author Dr. Marcos Siguero Álvarez, suggest that LVNC patients with an MIB1 mutation may additionally harbor “mutations in other genes that contribute to the severity and diversity of the observed defects.”

To uncover what was going on, the research team sought the help of the LVNC patients and their families, as well as partners from diverse centers, especially Dr. Juan Ramón Gimeno of Hospital Universitario Virgen Arrixaca in Murcia. With these stakeholders on board, the scientists were able to sequence DNA from LVNC patients carrying MIB1 mutations and from their healthy family members.

Complete sequencing of the protein-coding genomes (exomes) of the members of both families revealed that LVNC and the MINDBOMB1 mutations are accompanied by additional mutations in genes likely to contribute to heart development. José Luis de la Pompa clarified that “these results suggest that these congenital heart conditions could be caused by the combined effect of a small group of genes (oligogenic inheritance) or by a single gene (monogenic inheritance)”.

The team verified the data in mouse models. “When we simultaneously introduced the set of mutations identified in one of the two LVNC families, the mice developed heart chamber defects, leading to an LVNC-like disease and affecting heart function. In contrast, the set of mutations from the other family caused valve defects, showing that the additional variants function as modifiers of the effect of the Mindbomb1 mutation,” explained Marcos Siguero Álvarez.

A key feature of these experiments was that only one allelic copy of each gene mutant was inserted into the mice. In other words, as seen in patients, the mutant variants generated the phenotype through a dominant effect.

José Luis de la Pompa commented that “these discoveries advance specific knowledge about LVNC and more generally reinforce the idea that congenital heart disease is not always monogenic, instead involving the intervention of several mutations through oligogenic inheritance.”

Dr. de la Pompa added that the sequencing of new genes will help to advance diagnosis, while the study of interactions among multiple mutant variants will contribute to the design of new treatments.

In another important finding, an analysis of cardiomyocytes differentiated in vitro from patient-derived stem cells demonstrated that non-compaction cardiomyopathy is associated with a defect in cardiomyocyte maturation and an increase in cardiomyocyte proliferation.

The findings were recently corroborated by a further study co-led by the CNIC group. This study identified MINDBOMB1 mutations in patients with a familial or sporadic aortic valve defect (bicuspid aortic valve), confirming the implication of MIB1 mutations in human valve disease.

The Centro Nacional de Investigaciones Cardiovasculares (CNIC), directed by Dr. Valentín Fuster, is dedicated to cardiovascular research and the translation of knowledge gained into real benefits for patients. The CNIC, recognized by the Spanish government as a Severo Ochoa center of excellence, is financed through a pioneering public-private partnership between the government (through the Carlos III Institute of Health) and the Pro-CNIC Foundation, which brings together 12 of the most important Spanish private companies