Many species will become extinct as a consequence of global warming. This is the prediction of a mathematical model developed at Linköping University, Sweden, presented in Nature Communications. The simulations show that climate change will have a particularly large impact on ecosystems in polar regions, mirroring changes that can already be seen in the natural world. 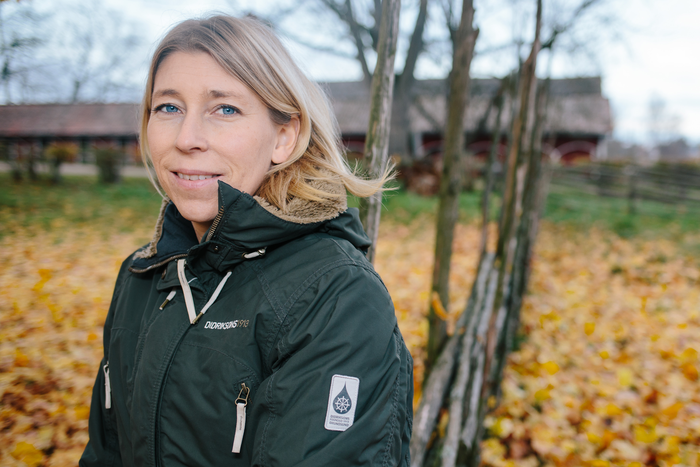 Many species will become extinct as a consequence of global warming. This is the prediction of a mathematical model developed at Linköping University, Sweden, presented in Nature Communications. The simulations show that climate change will have a particularly large impact on ecosystems in polar regions, mirroring changes that can already be seen in the natural world.

What will be the effects of climate change on the Earth’s ecosystems? One way of gaining insight into this is to perform simulations with advanced mathematical models. Researchers at Linköping University, LiU, have developed a model that takes into account an unusually large number of factors.

Species that live in different parts of the world are adapted to the temperature in the region where they live. When faced with climate change that involves an increase in temperature, a species can either move, adapt to the new conditions, or go extinct. The researchers have modelled several species that are spread around the globe along a gradient from the polar regions to the equator. Each species is optimally adapted to a particular temperature range (known as its temperature optimum), and interacts with other species in the vicinity. The researchers use the model in the current study to simulate the impact of the climate on ecosystems, by exposing them to a gradual and realistic rise in temperature, spread across 300 years. This is followed by a longer period in which the climate is stable at the higher temperatures, and the model simulates the long-term effects on the ecosystems.

“When the climate becomes warmer, a species can follow its temperature optimum to a certain extent by moving northwards. We see that species that live in polar regions often lose out in competition with species that migrate northwards, which are already adapted to the new, higher temperature. Species die out along the complete gradient from south to north, but many of the original species in the polar regions are hit particularly hard”, says Anna Åkesson, PhD student in the Department of Physics, Chemistry and Biology (IFM) at Linköping University.

“We can see that this is already happening. The ecosystems in the northernmost regions are under pressure from several factors: not only are the changes taking place most rapidly there, but also the habitats of other species are moving northwards. The arctic fox, for example, which has adapted to the arctic climate, loses ground to the red fox as the latter moves northwards”, says Anna Eklöf, senior lecturer at IFM, LiU.

The model includes several ecological processes, such as predators eating prey, species competing with each other, and the ability to move to new regions. The LiU researchers have also taken into consideration the fact that the traits of species can change through evolution. These factors affect each other, but other models of ecosystems have largely considered ecological processes and species evolution separately.

The researchers also included in the model a temperature dependence of the interactions between species. If the species in one location are well adapted to thrive in the same temperature range, the competition between them will be high. In contrast, when co-existing species have temperature optima that are more different, competition between them is lower. In this case, however, some of the species are less well adapted to the local environment and may have difficulty surviving.

The simulations showed that the temperature-dependent competition between species had a large effect on how the ecosystems were impacted by climate change. Climate change led to the extinction of many species in all simulations. However, the temperature-dependent interactions between species contributed to somewhat more species surviving. This arose because they could find new niches and then successfully co-exist to a greater extent, such that the negative impact of climate change was somewhat reduced.

“We show by using this model that the two major questions of the day – climate change and biodiversity – are intimately linked. We see that an ecosystem as a whole can cope better with climate change if the species have a larger variation of traits, and if diversity is greater”, says Anna Eklöf.

The researchers emphasise that it is extremely important to include relevant interactions between species in models designed to predict large-scale consequences of climate change on biological diversity. It is necessary to examine both ecology and evolution at the same time.

“Despite the complexity of our model, we have managed to develop the methods so that it is possible to conduct a case study using the model on a normal computer in a couple of minutes”, says György Barabas, assistant professor at IFM, LiU.

The authors have published the code of the model as open source, enabling other researchers to use and extend it. The research has received financial support from Formas and the Swedish Research Council.