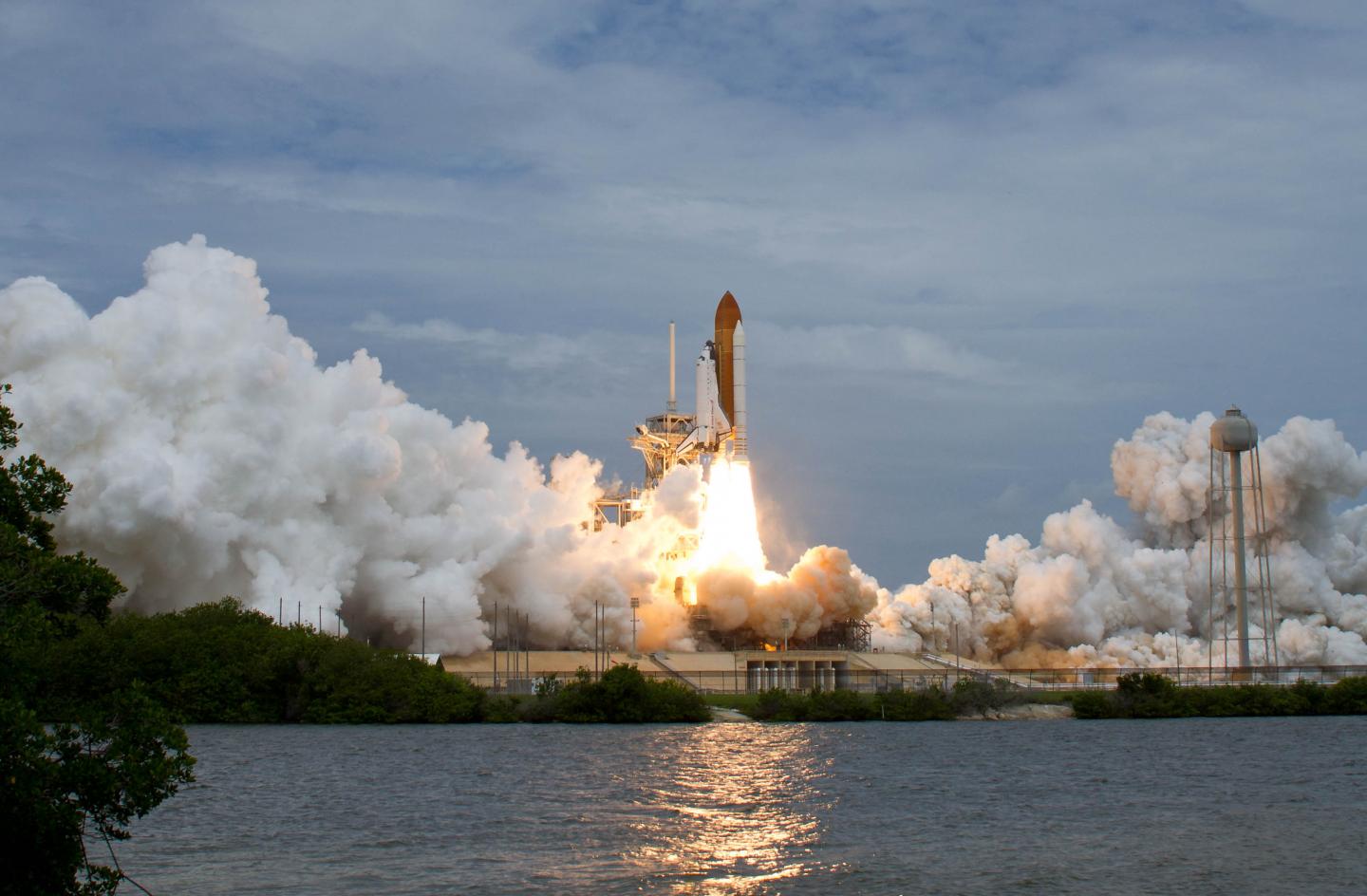 EVANSTON, Ill. — A new Northwestern University study discovered that spaceflight — both aboard a space shuttle or the International Space Station (ISS) — has a consistent effect on the gut microbiome.

The Northwestern researchers developed a novel analytical tool to compare microbiome data from mice as far back as 2011. Called STARMAPS (Similarity Test for Accordant and Reproducible Microbiome Abundance Patterns), the tool indicates that spaceflight causes a specific, consistent change on the abundance, ratios and diversity of bacteria in the gut.

Perhaps most surprisingly, the team also used STARMAPS to compare spaceflight data to data collected from Earth-based studies on the effects of radiation on the gut. They effectively ruled out space radiation as the cause of changes in the microbiome during spaceflight.

“Radiation definitely has an effect on the gut microbiome,” said Northwestern’s Martha Vitaterna, who led the study. “But those effects do not look like what we saw in spaceflight.”

Vitaterna and longtime collaborator Fred W. Turek, also from Northwestern, led the microbiome section of NASA’s Twin Study, which compared physiological changes in astronaut Scott Kelly to his Earth-bound twin Mark. Although the Turek and Vitaterna found that a year in space affected astronaut Scott Kelly’s gut microbiome, it was not enough data to draw general conclusions about the effects of spaceflight on the human body.

“If we are going to send humans to Mars or on long missions to the moon, it is essential to understand the effects of long-term exposure of the space environment on us — and on the trillions of bacteria traveling with us,” said Turek, the Charles and Emma Morrison Professor of Neurobiology in Weinberg, who co-authored the paper. “While we have studied the effects of a year in space on Scott Kelly’s microbiota, we need to use mice in larger numbers to establish the effects of space.”

Vitaterna and Jiang started with samples from Rodent Research-1, which included the spaceflight group plus a matched ground control group, a baseline group and a laboratory group that was housed in a conventional mouse facility for the same duration of the trip. They also looked at mouse samples from the final American space shuttle mission, STS 135, which launched in 2011.

Researchers have struggled to crunch all the data because of the sheer amount of it. There are hundreds of different bacterial species in the gut, and different individuals may have vastly different gut bacterial communities at the start of an experiment. This makes it challenging to detect when there is a consistent response.

“There wasn’t a statistical approach for doing this work,” Vitaterna said. “The tools didn’t exist, so we invented them. It’s a classic case of how necessity is the mother of invention.”

“We knew that spaceflight affects the microbiome, so we could have looked at this anecdotally,” Jiang said. “But there are a lot of limitations to that. We needed a more comprehensive, high-level view. Then we could say that microbiome changes are comparable among multiple spaceflights.”

STARMAPS provides a new method to put all the data from different experiments into the same multi-dimensional space. Then users can more readily see patterns where different types of bacteria become more or less abundant under different conditions.

Using this tool, the Northwestern researchers immediately noticed that microbiomes in the spaceflight and ground control mice looked very differently from the other two groups. The ground control group lives in an environment simulator that directly matches the spaceflight habitats. The gas composition, temperature and diet are exactly the same.

“We found that habitat has a big impact,” Vitaterna said.

Although the researchers did not use STARMAPS to analyze samples collected from astronaut Scott Kelly during his year in space, they did notice that his data fit the same, consistent pattern caused by spaceflight.

“Some of the high-level changes are similar,” Jiang said. “We saw the ratios of the same major types of bacteria change in the same direction and a slight increase in overall diversity. That is consistent.”

But, still, the spaceflight and ground control mice’s microbiomes were quite different from each other. This proves there is a distinct effect from spaceflight. To find what might cause that effect, the researchers dug deeper.

Vitaterna and Jiang believe microgravity might cause the spaceflight effect, but they agree more work needs to be done. They are currently processing samples from Rodent Research-7 and hope that data will hold more clues. Vitaterna said the diversity and ratios of gut bacteria during spaceflight look most similar to stress.

“Understanding the factors that can reduce this kind of microbiome change would be useful information to have — for offsetting the effects of stress on Earth,” she said. “Understanding what genetic factors contribute to differences in bacterial strains will be useful for developing countermeasures that can protect your microbiome during stressful periods.”

The study, “Reproducible changes in the gut microbiome suggest a shift in microbial and host metabolism during spaceflight,” was supported by NASA (award number NNX15AL05G).

Kiss and run: How cells sort and recycle their components

Scienmag Jan 27, 2020
Credit: Biozentrum, University of Basel What can be reused and what can be disposed of? Cells also face…