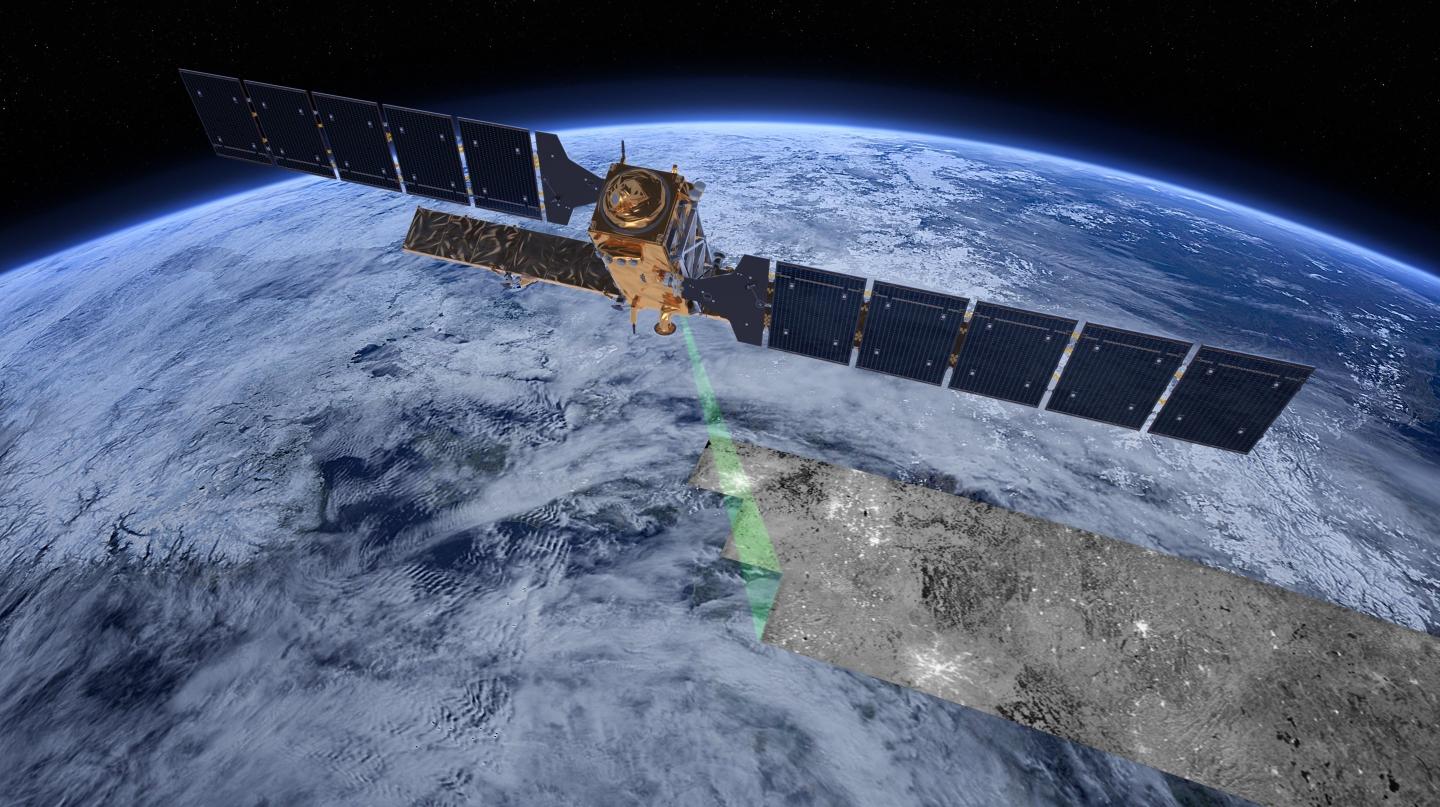 North Korea withdrew from the Treaty on the Non-Proliferation of Nuclear Weapons in 2003. It subsequently developed nuclear weapons, with five underground nuclear tests culminating in a suspected thermonuclear explosion (a hydrogen bomb) on 3 September 2017. Now a team of scientists, led by Dr K. M. Sreejith of the Space Applications Centre, Indian Space Research Organisation (ISRO), have used satellite data to augment measurements of tests on the ground. The researchers find that the most recent test shifted the ground by a few metres, and estimate it to be equivalent to 17 times the size of the bomb dropped on Hiroshima in 1945. The new work appears in a paper in Geophysical Journal International, a publication of the Royal Astronomical Society.

Conventional detection of nuclear tests relies on seismic measurements using the networks deployed to monitor earthquakes. But there are no openly available seismic data from stations near this particular test site, meaning that there are big uncertainties in pinpointing the location and size of nuclear explosions taking place there.

Dr Sreejith and his team turned to space for a solution. Using data from the ALOS-2 satellite and a technique called Synthetic Aperture Radar Interferometry (InSAR), the scientists measured the changes on the surface above the test chamber resulting from the September 2017 explosion, sited at Mount Mantap in the northeast of North Korea. InSAR uses multiple radar images to create maps of deformation over time, and allows direct study of the sub-surface processes from space.

The new data suggest that the explosion was powerful enough to shift the surface of the mountain above the detonation point by a few metres, and the flank of the peak moved by up to half a metre. Analysing the InSAR readings in detail reveals that the explosion took place about 540 metres below the summit, about 2.5 kilometres north of the entrance of the tunnel used to access the test chamber.

Based on the deformation of the ground, the ISRO team predict that the explosion created a cavity with a radius of 66 metres. It had a yield of between 245 and 271 kilotonnes, compared with the 15 kilotonnes of the ‘Little Boy’ bomb used in the attack on Hiroshima in 1945.

Lead author of the study, Dr Sreejith, commented, “Satellite based radars are very powerful tools to gauge changes in earth surface, and allow us to estimate the location and yield of underground nuclear tests. In conventional seismology by contrast, the estimations are indirect and depend on the availability of seismic monitoring stations.”

The present study demonstrates the value of space-borne InSAR data for measurement of the characteristics of underground nuclear tests, with greater precision than conventional seismic methods. At the moment though nuclear explosions are rarely monitored from space due to a lack of data. The team argue that currently operating satellites such as Sentinel-1 and ALOS-2 along with the NASA-ISRO Synthetic Aperture Radar (NISAR) mission, due to launch in 2022, could be used for this purpose.

Figure 1. Digital rendering of the earth observation satellite Sentinel-1. Satellites such as Sentinel-1 and ALOS-2 carry advanced synthetic aperture radars that can provide data to map changing land cover, ground deformation, ice shelves and glaciers, and can be used to help emergency response when disasters such as floods strike, and to support humanitarian relief efforts at times of crisis.

Figure 2. (Top) InSAR data in ascending and descending orbits depicting surface deformation associated with the 2017 nuclear test. (Bottom) Comparison of the source location of the 2017 nuclear test estimated from this study (red star) with other estimations. Topography along profile CD showing the cavity, deformation zone and probable location of tunnel. Note that the sizes of the cavity and deformation zones are exaggerated by 5 times for better visualisation.

The Royal Astronomical Society (RAS, http://www.ras.ac.uk), founded in 1820, encourages and promotes the study of astronomy, solar-system science, geophysics and closely related branches of science. The RAS organises scientific meetings, publishes international research and review journals, recognises outstanding achievements by the award of medals and prizes, maintains an extensive library, supports education through grants and outreach activities and represents UK astronomy nationally and internationally. Its more than 4,400 members (Fellows), a third based overseas, include scientific researchers in universities, observatories and laboratories as well as historians of astronomy and others.

The RAS accepts papers for its journals based on the principle of peer review, in which fellow experts on the editorial boards accept the paper as worth considering. The Society issues press releases based on a similar principle, but the organisations and scientists concerned have overall responsibility for their content.

At what point does click-bait susceptibility become a mental health disorder?

Here’s how you help kids crack the reading code

Scienmag Apr 24, 2019
Chemists developed a new red phosphor whose light is well perceived by the eyeCredit: University of Innsbruck …