Southern white rhinos are threatened by incest and habitat fragmentation

Targeted measures can help to avert this danger 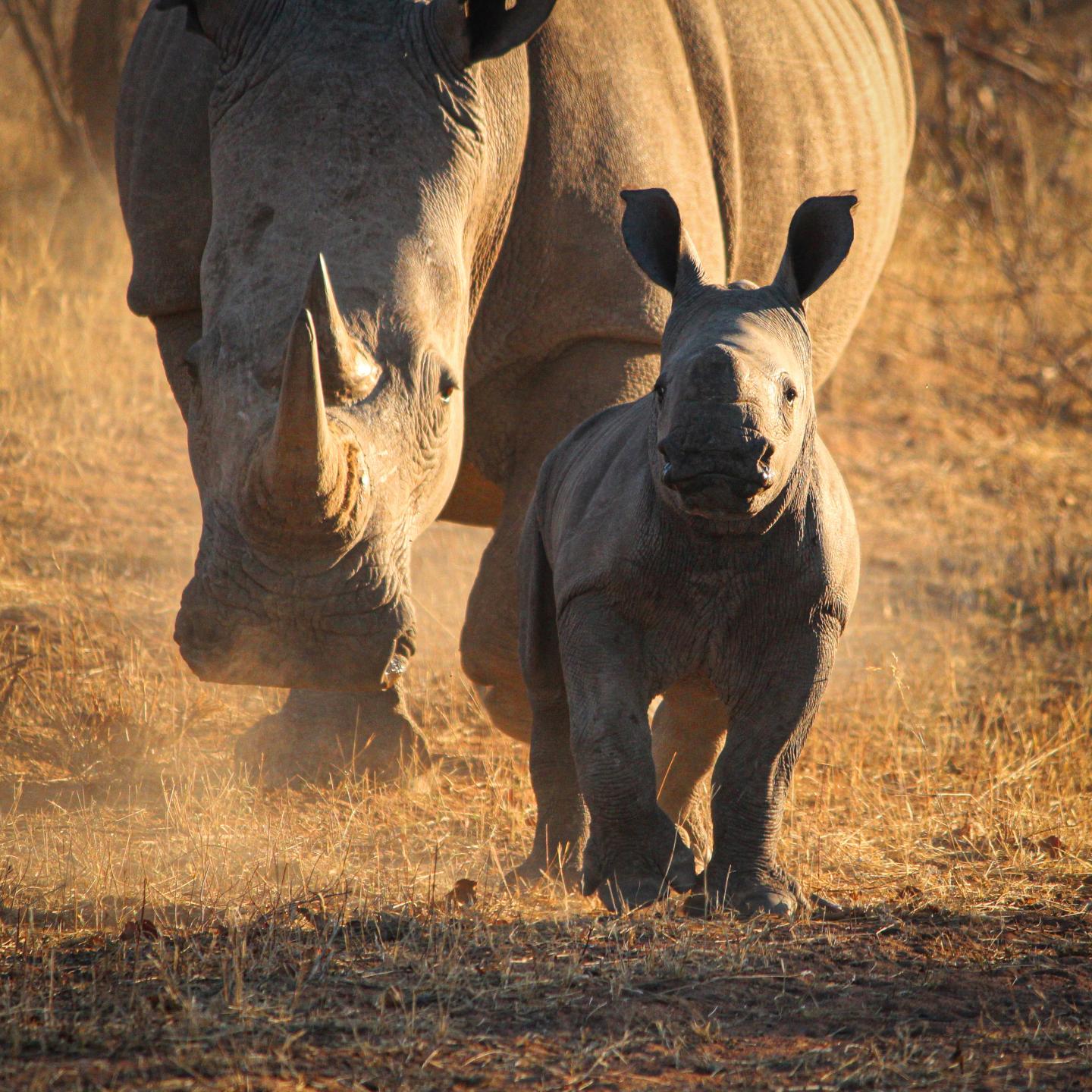 The fragmentation of natural habitats by fences and human settlements is threatening the survival of the white rhinoceros. It prevents dispersal from the family group and leads to mating among close relatives. Additionally female rhinoceros favour individual males for mating over others and sire several offspring with the same partner over consecutive breeding periods. These factors lead to a high degree of inbreeding. The results come from the largest scientific study to date on the sexual preferences of white rhinos, published in the journal “Evolutionary Applications“. The scientists propose specific measures to ensure the long term survival of the species.

Understanding sexual behaviour and mate choice is important for optimising conservation efforts of white rhinos. During the colonial period, intense hunting decimated white rhinos to a few individuals. All currently living white rhinos originate from this small founder population. As a consequence, all white rhinos are depauperate in terms of their genetic diversity. The findings of this new scientific study suggest that the unusual mating behaviour of the white rhinos encourages the loss of genetic diversity. “We need to keep the white rhinos as genetically diverse as possible, if we want to give them a chance to adapt to anthropogenic challenges such as poaching, climate change or diseases”, explains Dr Petra Kretzschmar, the leading author of the study and a scientist at the Leibniz Institute for Zoo and Wildlife Research (Leibniz-IZW).

The scientists were surprised by their findings. They did not expect females to keep mating with the same male for several reproductive cycles because long-term bonds with mating partners were previously unknown for rhinos. “They live on their own and only get together shortly before mating,” says Dr Kretzschmar. “This is why it took us 13 years of field research to uncover the secrets of their mating behaviour”, she continues. The combination of field data with the genetic analysis of paternity of 172 individuals identified three aspects of the mating behaviour of white rhinos that encourage the loss of genetic diversity. Many females stick to the same partner over several consecutive breeding periods, so all their offspring inherit genes from the same father. Moreover, rhinos do not avoid reproducing with family members, as known for many other species. Finally, the reproductive success of males is very unequal, so that a few males dominate the gene pool in the next generation.

In the past, this mating behaviour was presumably not problematic because rhinos were able to leave the home ranges of their mothers and were thus not living near family members. “Today, all remaining rhinos live in modestly sized conservation areas and private game reserves surrounded by fences or human settlements. They cannot disperse far enough to avoid inbreeding,” comments Dr Alexandre Courtiol, senior author of the study. The researchers therefore recommend permanent monitoring of offspring and their genetic relatedness to rhinos nearby and a regular exchange of unrelated animals between protected areas. “This is the only way to preserve the long-term genetic heritage of the species,” concludes Dr Kretzschmar.

New platform to help SMEs get started with cyber-physical systems