A group of scientists, led by Nanyang Technological University, Singapore (NTU Singapore) and University of Glasgow, have presented a range of disaster risk reduction strategies and policies for ASEAN[1], a region at risk of multiple natural hazards, which are further compounded by climate change. 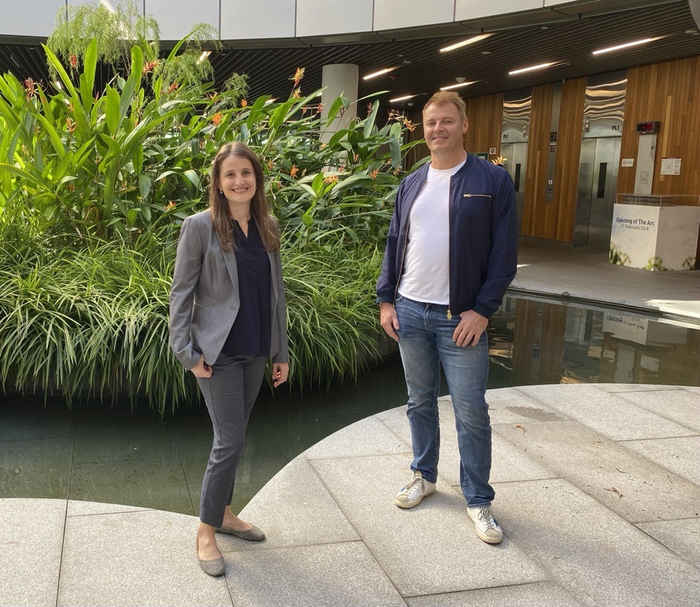 A group of scientists, led by Nanyang Technological University, Singapore (NTU Singapore) and University of Glasgow, have presented a range of disaster risk reduction strategies and policies for ASEAN[1], a region at risk of multiple natural hazards, which are further compounded by climate change.

Their report highlights that ASEAN is at risk of losing over 35 per cent of its GDP by 2050[2] from climate change and natural hazards (see Figure 1), severely impacting key sectors such as agriculture, tourism, and fishing, along with human health and labour productivity.

The region will also observe hotter weather, longer monsoon seasons, and increased droughts, as global temperatures are predicted to increase by 1.5° C above pre-industrial levels over the next 20 years.

By 2050, sea levels are also foreseen to rise by at least 25 centimetres compared to 2000, and the scientists warned that the greatest effects would be felt in ASEAN, due to the number of people living in low-lying coastal areas.

Their report titled ‘Adaptation and Resilience in ASEAN: Managing Disaster Risks from Natural Hazards’, which called for a strong policy push by governments to increase resilience and focus on preparedness to climate change, was published ahead of the 2021 United Nations Climate Change Conference (COP26), held between 31 October and 12 November 2021.

To build the resiliency of ASEAN to the consequences of climate change, the team of scientists advised that:

Dr Lauriane Chardot, Research Fellow from NTU’s EOS, a lead author of the study, said: “Through conducting a comprehensive review of disaster risk in the region, our interdisciplinary team from multiple institutions in the UK and ASEAN highlighted successful and inspirational case studies to be considered by policymakers at COP26. We called to attention the importance of adapting to climate change to reduce disaster risk and increasing resilience at the sub-national, national and regional levels.”

Professor Benjamin Horton, Director of NTU’s Earth Observatory of Singapore (EOS), who led the project, said: “Our report describes how ASEAN societies and economies will be increasingly exposed to the climate emergency from sea-level rise, dramatic increases in heat and humidity, extreme precipitation, landslides and drought. This threatens the advances in human development and poverty reduction that ASEAN has made over recent decades. Therefore, disaster risk reduction in ASEAN requires a suite of policies, including livelihood support, effective emergency relief and social protection.”

Professor Fabrice Renaud, from the School of Interdisciplinary Studies of the University of Glasgow, who co-led the project said: “ASEAN nations are unevenly at-risk to natural hazards and climate change because of different hazard characteristics and patterns of exposure and vulnerability. It is imperative to characterise risks from multiple-hazards at the sub-national scale to provide locally relevant adaptation measures, reduce risks sustainably, and avoid maladaptation”.

The ASEAN report was co-led by scientists from NTU’s Earth Observatory of Singapore and the University of Glasgow.

It is part of a series of reports published ahead of COP26 by the British High Commission to Singapore and the COP26 Universities Network, which comprises over 80 Universities in the UK and Singapore to discuss the opportunities and challenges in Southeast Asia’s transition to a greener economy post COVID-19.

Researchers from the UK’s University of York, Heriot-Watt University Malaysia; Vietnam National University, and the ASEAN Secretariat also contributed to the report.

The report is also aligned with NTU’s Sustainability Manifesto, which aims to propel its wide-ranging sustainability efforts over the next 15 years and solidify the University’s position as a global leader in sustainability.

A key focal point of the report argues that policies for reducing disaster risk should focus on the vulnerabilities of infrastructure, ecosystems, and social groups across ASEAN (see Figure 2).

Climate change has consequences for ecosystems and agricultural activities because of changes in rainfall patterns and temperature. The Global Climate Risk Index, which computes impacts of extreme weather events, ranked Myanmar (2nd), the Philippines (4th) and Thailand (9th) as the top three ASEAN countries at risk from 2000 to 2019. Meanwhile, Brunei Darussalam (176th) and Singapore (179th) were ranked the least at-risk.

The report highlighted that climate change would strongly impact the poor in ASEAN and could undo efforts over the past 30 years to reduce poverty and advancing human development in ASEAN. According to a recent United Nations Economic and Social Commission for Asia and the Pacific (UNESCAP) report, up to 96 per cent of the region is likely to be affected by drought, and up to 64 per cent affected by extreme drought

The increase in extreme weather events is also of significant concern to the livelihoods of ASEAN’s population, as the productivity of its agricultural sector depends on a predictable climate and environment.

Natural hazards in ASEAN impact the agricultural sector by damaging physical assets and infrastructure for agriculture, and through losses in agricultural economic flows. For example, Typhoon Haiyan in the Philippines which caused the deaths of at least 6,350 people, also submerged crops for around 16 hours and devastated approximately 600,000 hectares of farmland, resulting in 1.1 million tons in crop losses, adversely affecting the livelihoods and food supply chains in the region.

The report noted that a way to soften the impact of disasters from natural hazards and climate change, while also preserving the rich biodiversity in ASEAN, is to protect the region’s ecosystems, which include its mangroves, wetlands, coral reefs, and tropical forests.

The report notes that much progress has been done to better prepare for the effects of climate change, including local climate projections, but that limited reporting of progress prevents a thorough assessment of disaster preparedness in the region.

In collaboration with the California Institute of Technology (Caltech) and NASA Jet Propulsion Laboratory (JPL), the ARIA-SG programme was established at NTU’s EOS in 2018. The system uses satellite technology to map the damage caused by natural disasters in the Asia Pacific region.

In Singapore for example, the National Sea Level Programme aims to coordinate relevant local climate research with institutes of higher learning and address key knowledge gaps in the understanding and modelling of the physical mechanisms of sea level rise and variability, with specific focus on Singapore and the wider ASEAN region.

The report also highlights that flooding is a major hazard in the ASEAN region and suggested that strategies to reduce flood risk should involve a landscape approach where decisions are made at the catchment scale and across regions.

To address this, the report noted that initiatives between academics and stakeholders, such as the Living Deltas initiative which tackles issues related to the sustainability of deltas in South and Southeast Asia, should be developed.

The report also highlighted the importance of nature-based solutions (see Figure 3), such as reconstructed and protected mangroves or coral reefs, which protect, sustainably manage, and restore natural or modified ecosystems.

An example is Vietnam’s healthy mangroves, which the scientists said make important contributions to both climate change adaptation and mitigation, by acting as a natural barrier against storms, sea-level rise, and erosion, and by storing and sequestering carbon.