Solving a scientific mystery and finding a solution for industry

Researchers determine why strontium-rich barite is found in ocean 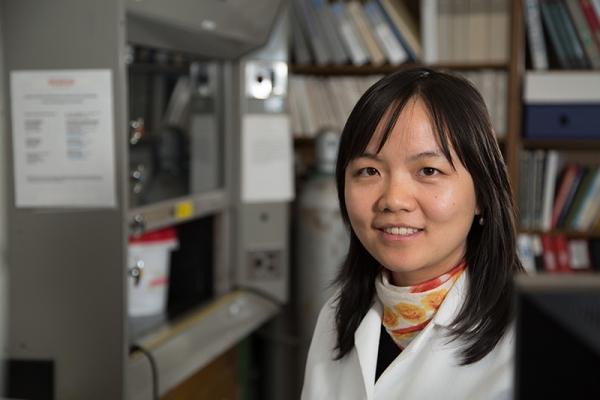 In solving a scientific mystery, researchers from the University of Houston and the nation’s national laboratories also discovered a new avenue for clearing toxins from water, including wastewater produced by hydraulic fracturing.

The findings, described in a paper published this week in the Proceedings of the National Academy of Sciences, address the paradox of why the mineral barite – often laced with the chemical element strontium – is widely present in seawater.

Seawater is undersaturated with respect to barite, that is, the concentrations of barium and sulfate ions are too low to form barite precipitates, said Yandi Hu, assistant professor of civil and environmental engineering at the University of Houston and corresponding author on the paper. Strontium sulfate is much more water-soluble than barium sulfate, so thermodynamic levels of strontium in barium sulfate precipitates should be low, as well, she said.

But barite is often found in seawater, as is strontium-laced barite. Based on field-site findings that the presence of barite and high strontium levels in barite are associated with the presence of organic matter, she and colleagues began their study.

“An understanding of barite precipitation in the ocean, which is globally undersaturated with respect to barite, is missing,” they wrote. “Moreover, the reason for the occurrence of higher [strontium] content in marine barites than expected … remains unknown.”

Field data suggested barite precipitates were more likely to be found in seawater if organic material was nearby, although the researchers said the specific mechanism for mineral-organic interactions are not clear.

That interface creates conditions – a microenvironment – that is different from that of the main body of the solution, Hu said.

The supersaturation along the organic film promoted continuous nucleation of barite there, while the fact that the strontium sulfate exhibited a lower nucleation energy prompted the incorporation of strontium into the precipitates, she said. “That explains the mysteries.”

In addition to offering an explanation for strontium-rich barite formation in marine environments, the researchers said the work offers new insights for understanding and manipulating solid solution nucleation and growth, which could lead to new methods for removing toxins from water and other liquids. That includes the possibility of a more efficient way to remove strontium from the produced water resulting from hydraulic fracturing, Hu said.

She said both barite and strontium are often found in the produced water; while it is relatively easy to remove barite with the addition of a sulfate, removing strontium is more complicated. “We propose that with an organic presence, you can remove strontium more effectively,”

This work was supported by the U.S. Department of Energy, Office of Science, Office of Basic Energy Sciences, Chemical Sciences, Geosciences, and Biosciences Division.

About the University of Houston

The University of Houston is a Carnegie-designated Tier One public research university recognized with a Phi Beta Kappa chapter for excellence in undergraduate education. UH serves the globally competitive Houston and Gulf Coast Region by providing world-class faculty, experiential learning and strategic industry partnerships. Located in the nation’s fourth-largest city and one of the most ethnically and culturally diverse regions in the country, UH is a federally designated Hispanic- and Asian-American-Serving institution with enrollment of more than 46,000 students.

Scienmag Nov 8, 2019
Researchers develop a new technique to identify a cause that is common to diseases related to thrombotic…