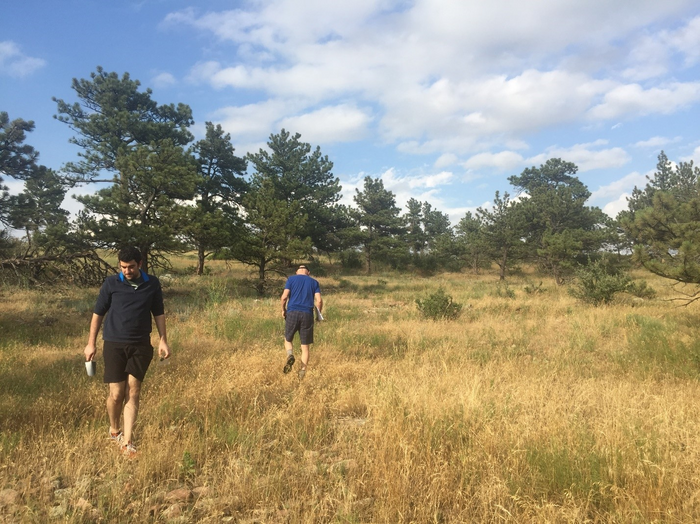 City parks and gardens support a rich and diverse community of soil organisms including bacteria, fungi, protists and invertebrates, which often go unnoticed compared with eye-catching plants and animals. A new study led by the Instituto de Recursos Naturales y Agrobiología de Sevilla (IRNAS-CSIC) and the Institute of Soil Science of the Chinese Academy of Sciences (CAS) now suggest that the biodiversity of these soil organisms is essential for the maintenance and sustainability of our city parks and gardens. “When we think about city parks, we often think on the recreative services that they provide to humankind and that support our mental and physical health. However, city parks are seminatural environments and the maintenance of healthy and vibrant parks and gardens require a huge effort from the administration. Our study suggests that soil organisms are our allies to achieve this goal” explained Dr. Manuel Delgado Baquerizo, leader of the Biodiversity and Ecosystem Functioning Lab of the IRNAS-CSIC. “Soils with larger biodiversity also have more biogeochemical tools to allow the flow of energy and matter through the system”. “This biodiversity is often unnoticed, but also play a fundamental role in supporting One Health policies and the ecosystem services that are at the core of the Sustainable Development Goals.” Explained Delgado Baquerizo, senior author of the manuscript.

The study provides novel evidence that soil taxonomic and genetic diversity is positively correlated with multiple dimensions of ecosystem functions in urban greenspaces. This goes from carbon sequestration and water regulation to plant pathogen control, and antibiotic resistance regulation. The authors further show that the diversity of different types of organisms have important roles to play in urban soils. For example, the biodiversity of soil invertebrates is especially important for supporting a high number of functions working at high levels of functioning in urban greenspaces, while that of microbes helps to support the basal levels of functioning. “Considering their relatively larger body size, capacity to move and process soil and litter, the diversity of invertebrates should be regarded as engineer of urban soils.” Explained Prof. Haiyan Chu from the CAS. The study also highlights the role of most common species in our soils in supporting multiple functions. “Considering different aspects of soil biodiversity in urban planning is essential to ensure the sustainability of these ecosystems” conclude Prof. Chu.

The importance of the soil biome

To investigate the importance of soil biodiversity in supporting the maintenance of urban greenspaces, an international team of scientists conducted a standardized survey in urban greenspaces from 56 municipalities across six continents and collected data of 18 surrogates of ecosystem functions and thousands of species of soil microbes and fauna. This work contributes to our knowledge on the role of soil organisms in terrestrial environments, which is one of the main goals of the Biodiversity and Ecosystem Functioning Lab at IRNAS-CSIC