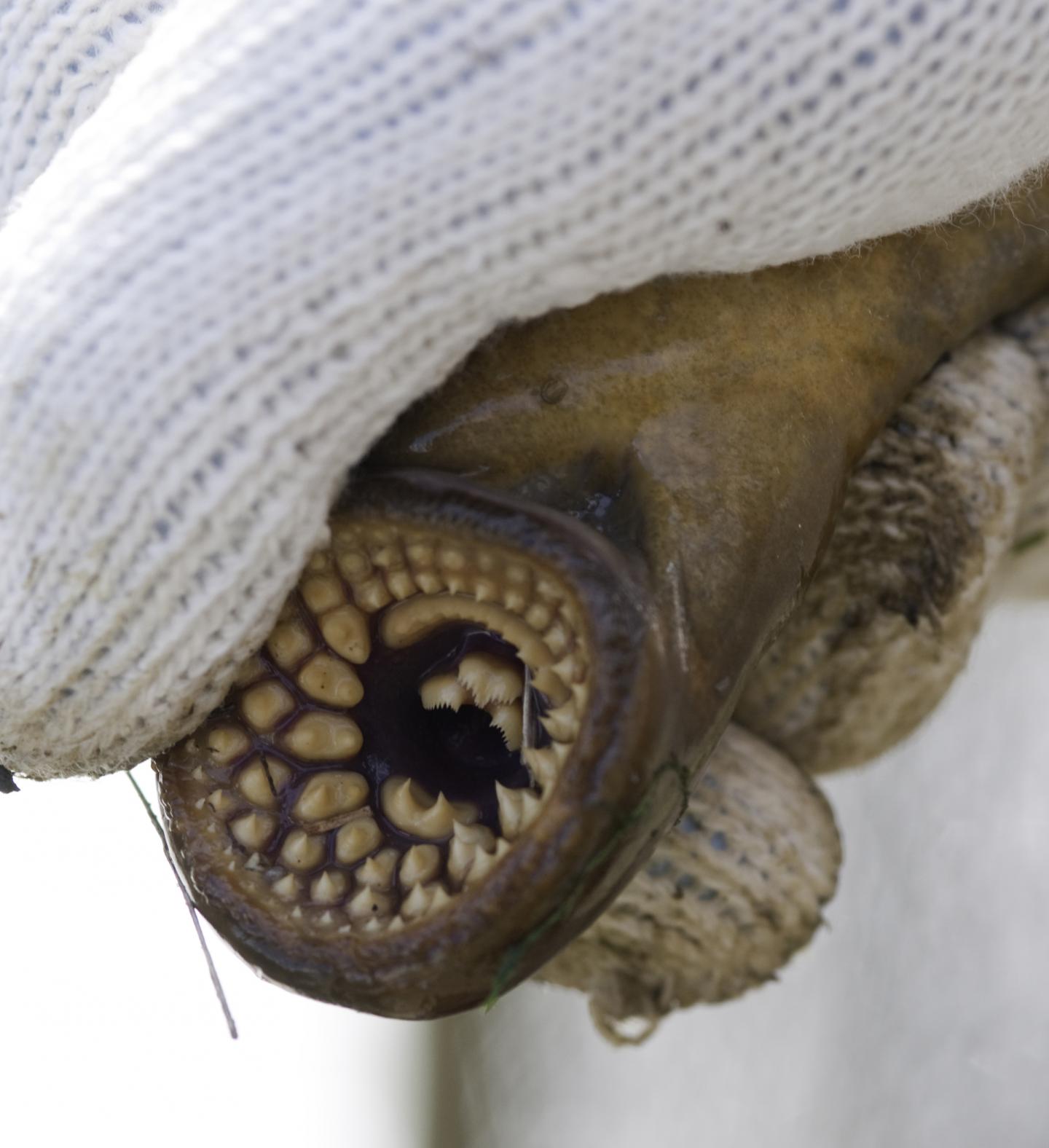 EAST LANSING, Mich. – Some people are drawn to cologne; others are attracted to perfume. When it comes to sea lampreys, however, spermine smells like love.

In new research led by Michigan State University and published in the current issue of PLoS Biology, spermine, an odorous compound found in male semen, proved to be a powerful aphrodisiac.

Spermine isn’t a new discovery. It’s been a known quantity in semen since 1678 – at least in humans. Its tractor-beam effect on spawning female sea lampreys is new, however, and it can be yet another key way to potentially control the invasive species.

“We found the male ejaculate contains spermine, a highly specific and potent pheromone, which attracts only mature females,” said Weiming Li, fisheries and wildlife professor and senior author of the study. “Mature females likely use spermine to identify males actively releasing sperm in the spawning aggregation.”

They need this help because sea lampreys migrate up to river gravel beds ¬- spawning aggregation sites – drawn by other pheromones released from spawning males. These mating cues are merely the billboards, though, along riverine highways that draw them to the sites.

Arriving at the gravel bar of love, the females see many males on nests – all mature and ready to mate. Rather than find “the perfect mate,” the females seem to act on localized cues and form promiscuous pairs with many males – in sequence and one at a time – and spawn several times per hour.

Spermine is a coup de gras that helps females make their final selections, navigate the throng of males and find the best ones with which to mate. According to Li, this is the first time scientists have been able to document this behavior in sea lampreys.

“We also were able to document a specific receptor in the noses of females that picks up spermine, and it can be smelled at trace-level concentrations,” said Richard Neubig, pharmacology professor and study co-author. “This was a big job requiring nearly 12,000 tests in the MSU high-throughput screening lab to figure out the right pair of chemical and receptor.”

Ovulatory females detect this faint cologne, and they respond at levels as low as 10-14 molar, a mere whiff comparable to a single drop of perfume in a pool. It’s interesting to note that even higher levels of spermine had no effect on immature females or other males.

Li and a team of scientists identified the receptor for spermine, a trace-associated receptor, or TAAR, in females.
Future work will determine if spermine can be used to manage invasive sea lamprey populations. Likewise, MSU scientists will investigate the TAAR mechanism to explore its control potential.

Controlling sea lampreys in the Great Lakes is a critical goal of fisheries scientists. The invasive species infiltrated the upper Great Lakes via the Atlantic Ocean in the 1920s through shipping canals. They feed by attaching themselves to other fish, such as salmon and trout. One sea lamprey can kill more than 40 pounds of fish, and the U.S. and Canadian governments spend approximately $20 million annually to control them in the Great Lakes.

(Note for media: Please include a link to the original paper in online coverage: http://journals.plos.org/plosbiology/article?id=10.1371/journal.pbio.3000332)

Characterizing the ‘arrow of time’ in open quantum systems