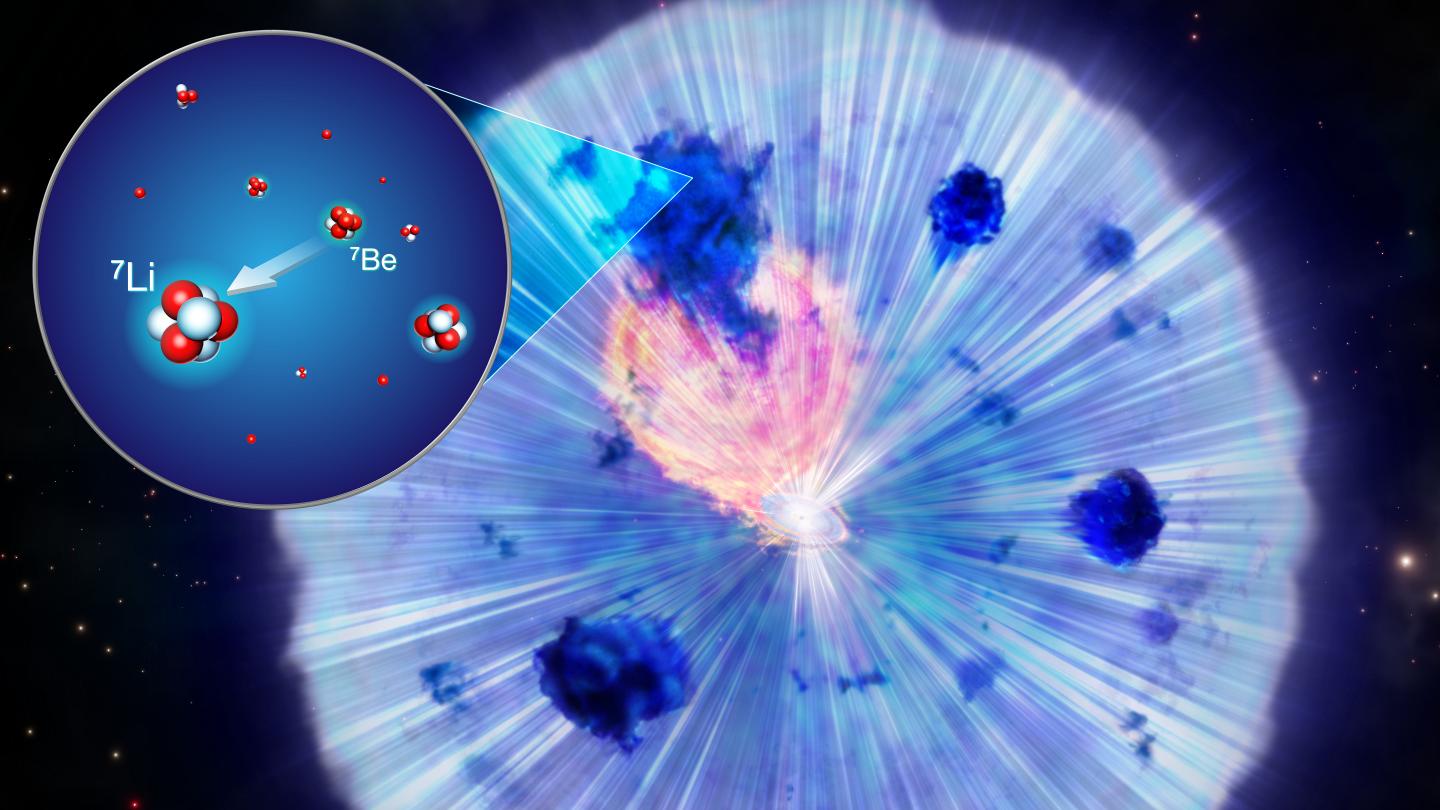 In the modern world, lithium is used in the rechargeable batteries powering smartphones and other devices. It was thought that most of the lithium found on Earth, and the rest of the Universe, was originally produced in classical nova explosions. Observations of the classical nova V339 Del using the Subaru Telescope supported this theory, providing the first observational evidence of large amounts of lithium being produced and ejected into space (Classical Nova Explosions are Major Lithium Factories in the Universe on February 18, 2015).

Now, a team led by Akira Arai, a researcher at Koyama Astronomical Observatory of Kyoto Sangyo University, used the Subaru Telescope’s open-use observation program to study V5669 Sgr, a classical nova that appeared in Sagittarius in 2015. This was only the eighth time this type of study has been successfully conducted. Four of those eight, including the first, were conducted using the Subaru Telescope. This time is remarkable because the estimated lithium production is only a few percent of the production seen in the others. This indicates that there is a large diversity in novae. The fact that some novae produce only a small amount of lithium suggests that other objects, such as supernovae, may make important contributions to lithium production in the Universe.

These results will be published in The Astrophysical Journal on July, 2021 as Akira Arai et al. “Detection of 7Be II in the Classical Nova V5669 Sgr (Nova Sagittarii 2015 No. 3).”