Diagnosing sleep apnea is laborious and expensive, so easy-to-use methods for screening and long-term follow-up are needed 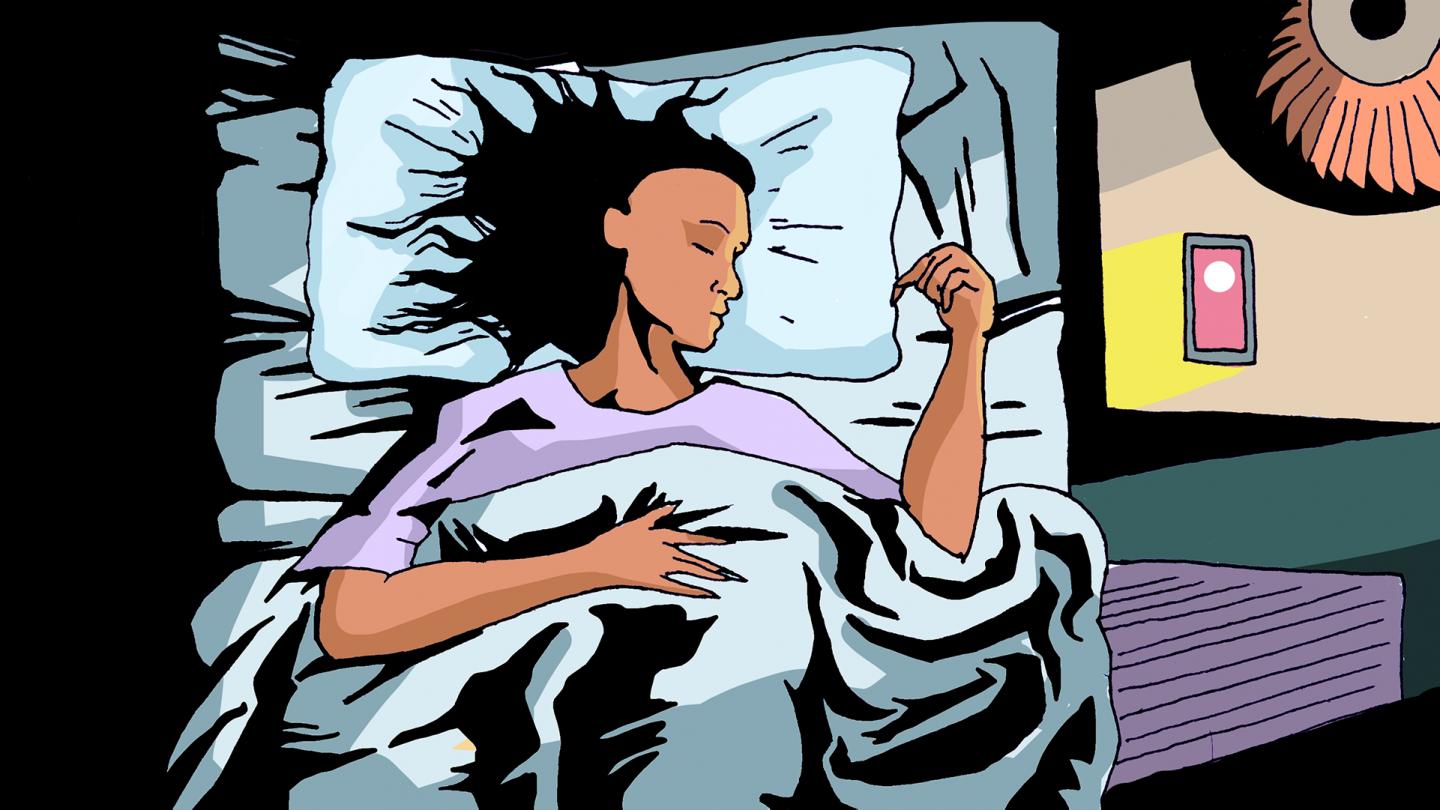 Sleep apnea is a very common sleep disorder characterised by breathing pauses and periodic snoring. According to some studies, as much as ten percent of the population suffer from it, but up to nine out of ten cases remain undiagnosed because symptoms are sometimes mild and there are a lack of resources in diagnostics. As untreated apnea can cause severe health issues, having simple and inexpensive ways to monitor and screen the disease would be important.

The ApneaTracker application, developed by the team, monitors the user’s snoring through a microphone and the sleeping position using the sensors of a smartphone or smartwatch. The most common clinical form of mild and moderate sleep apnea is position-dependent; the apneas occur mainly when sleeping on the back. If breathing pauses occur while the user is sleeping on their back, the application detects the situation and alerts the sleeper to change position.

‘Sensors on smart devices are sensitive and reliable. However, when performing a home recording, it is not possible to control that the user performs the measurement under optimal conditions. The accuracy of the apnea alerts has not been yet studied. Fortunately, the application makes it easy to make repeated measurements, which compensates for the situation and increases the reliability of the results,’ says Joni Gardemeister, one of the developers.

In the morning, the app forms an overall result of the night’s events, giving an idea of the amount of snoring and the number of breathing pauses in different positions. The results are saved in the application, making it easy to track them over a longer period.

ApneaTracker is based entirely on the features of an Android smart device; hence, the user does not need any additional devices. The app is suitable for anyone who suspects they may be suffering from the symptoms of sleep apnea, or who simply wants to follow their sleep. ‘It allows you to examine your own snoring, pauses in breathing and sleeping at home on a low threshold – even if you have no opportunity for actual medical sleep study,’ Gardemeister adds.

Diagnosing sleep apnea requires a polysomnography, usually performed only during one night, either at home or in a hospital sleep laboratory. Measuring is laborious and expensive, and in some countries, there are hardly any resources for making such measurements. For these reasons, the app can be of significant help, as it makes it possible to monitor the sleep easily at home.

If someone suspects they have sleep apnea, they should however always contact health care as well. Untreated sleep apnea can cause daytime somnolence, make the person more susceptible to accidents but also cause serious health risks. It increases the risk of health problems such as hypertension, cardiac and neurological diseases.

Sleep apnea is most common in people middle aged and over, and obesity is the major risk factor. As populations age and levels of obesity increase in countries with poor resources for sleep medicine, there is a risk of a sleep apnea epidemic, says Dr. Tapani Salmi.

The application is based on years of research work aimed at identifying breathing disorders and developing algorithms and led by Dr. Salmi.The accuracy of the methods has been studied at Helsinki University Central Hospital and the results have been published in the United States in the Journal of Clinical Sleep Medicine, Salmi says. ‘I suppose ApneaTracker is the first project that helps monitor and treat a disease this common with the use of a mobile device,’ he notes.

The developers emphasize that ApneaTracker is not a medical device but an application that promotes health, sleep and well-being. However, with the help of feedback collected from users, its usability and reliability can be improved and developed. People interested in the app can presently download the beta version for free from Google Play app store.