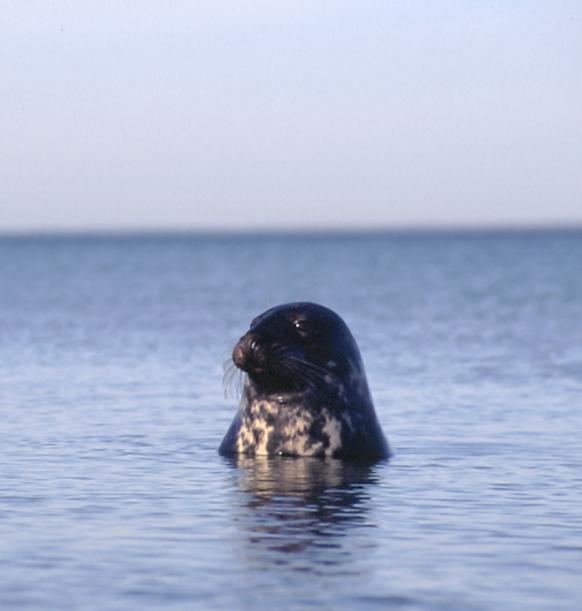 “It is important that you understand how the food web works when managing a fishery. It is not enough to manage how the fish and fisheries are changing. The availability and quality of food is at least as important”, says Lena Bergström, researcher at the Department of Aquatic Resources at the Swedish Agricultural University.

In a collaboration between several universities, the authors of the study examined how the health and abundance of certain species has changed over two decades in the Bothnian Sea and the Baltic Proper. They investigated seal, cod, herring, sprat, isopods, amphipods and zooplankton; species that all occur at different levels in the Baltic Sea food web. The system is complex and several species can be both predators and prey. For example, herring eats zooplankton and some bottom fauna while the herring itself is eaten by cod and seal.

“Oxygen levels in Baltic Sea have reduced since the 1990s, in big part due to eutrophication, creating vast oxygen-free areas. This leads to less living space for the bottom-living prey animals. This has, among other things, led to the fact that the isopods have become fewer and smaller, making them a poorer food choice for cod”, says Agnes Karlsson, lead author and researcher at the Department of Ecology, Environment and Plant Sciences (DEEP) at Stockholm University.

Extreme weather can degrade the situation

The fat content and the mean weight of herring in the Bothnian Sea have, according to the study, recently improved because of the supply of the bottom-living crustacean, the amphipod, has increased.

“However, the upturn is relative, because the amphipod in the Bothnian Sea collapsed in the early 2000s and what we now see are signs of a recovery”, says Agnes Karlsson.

The bottom-living crustaceans were almost eliminated after a period of extremely heavy rain that changed the water quality of the Bothnian Sea.

“With climate change it is likely that we will see similar extreme events more frequently in the future. If activities that lead to eutrophication are not reduced, oxygen shortage in the Baltic Sea will likely continue, leading to further reductions in the numbers of bottom-living animals. This can have far reaching effects for the economy, with reference to the fish species that are important commercially. To manage a fishery, we must also manage the environment and the food web”, says Lena Bergström.

The article “Linking consumer physiological status to food-web structure and prey food value in the Baltic Sea” is published in the scientific journal Ambio, A Journal of the Human Environment.

Curbing your enthusiasm for overeating

Lure of the ‘loot box’ looks a lot like gambling