Skin in balance: Joint forces of polarity and cell mechanics 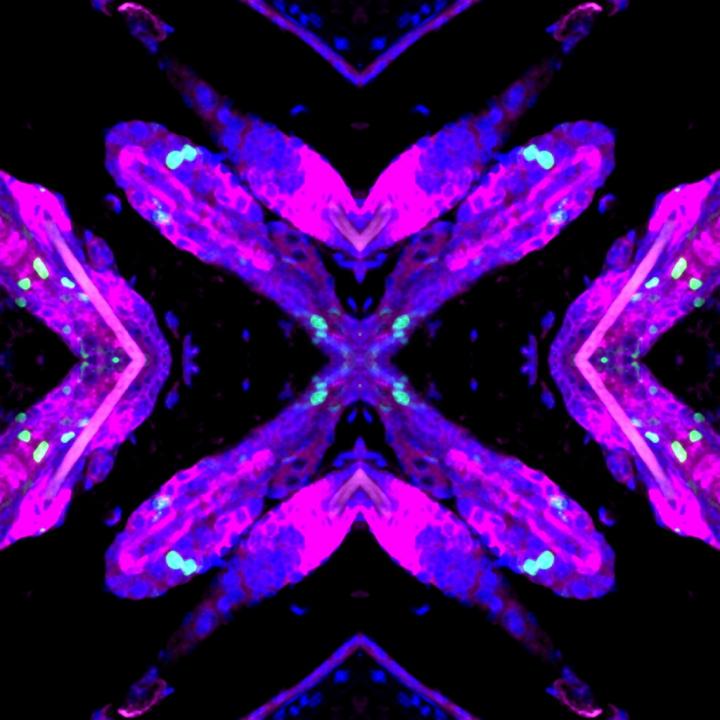 The cell polarity protein Par3 controls mechanic changes in the skin and plays an important role in cell division. Malfunction can lead to DNA damages. The balance of the system is of great importance: while too much differentiation leads to loss of stem cells and therefore premature aging, too many cell divisions can be a cause of skin cancer. The new study by a team around Sandra Iden about how polarity regulators control cellular mechanics in the skin was now published in Nature Communications.

The skin serves as a crucial barrier to the outside world. Its task is not only to keep pathogens or toxic chemicals out of the body, but also to keep water inside and maintain hydration. In order to function properly, the skin epidermis constantly needs to keep a balance of cells it sheds off and new cells that replenish the lost ones. The skin epidermis is made up of several layers with different functions. Skin stem cells are responsible for the self-renewing capacity of the skin.

In a previous study, the researchers showed that inactivation of the polarity protein Par3 resulted in a decline of stem cells, impaired skin homeostasis and premature skin aging. Back then, however, the underlying mechanisms remained unclear. ‘We were now able to show that Par3 has a direct influence on the homeostasis of the skin by controlling the mechanical properties of keratinocytes, the main skin epithelial cell,’ said leading scientist of the study Dr Sandra Iden. The polarity protein Par3 controls the mechanical properties of the main skin epithelial cells, called keratinocytes. It has functions that are conserved from worms and flies to mammals. Par3 also regulates barrier function and cell division orientation.

The recent work started with two separate approaches. One of the first authors, Martim Dias Gomes, said: ‘We realized that inactivating Par3 leads to failures in cell divisions, resulting in DNA damage responses.’ At the same time, his colleague and co-first author Soriba Letzian was working on another project: ‘We challenged mouse skin with UV light – but observed an unexpected DNA damage response already in absence of the harmful light, when Par3 was missing. That was the moment we realized that the DNA damage response and the aberrant cell divisions might be tightly linked,’ he said. Based on these results, they teamed up and together examined possible causes of these mitotic failures.

As they now show, Par3 is an important regulator of contractility of keratinocytes, which is required to maintain the accuracy of cell division events. The absence of Par3 led to mitotic errors, causing an alert signal and a cascade of DNA damage responses that then fuelled premature differentiation, and potentially the skin stem cell decline. These findings were surprising, as during the development of epithelial tissues Par3 was considered to serve tissue function rather through orienting mitotic spindles.

These new findings thus revealed that core polarity proteins like Par3 steer mechanochemical networks essential to keep a healthy self-renewal capacity. ‘We are glad that we were able to contribute a piece of the puzzle of how the skin epithelium is maintained intact, and hope that this will serve future medical applications,’ Sandra Iden concludes.

What do you mean the hamburger isn’t all that American?