Every year, thousands of biochemistry majors and medical students around the world learn to memorize the major biochemical pathways that allow cells to function. How these 10 or so pathways are described in textbooks hasn’t changed much since the early 20th century, when they were first discovered. 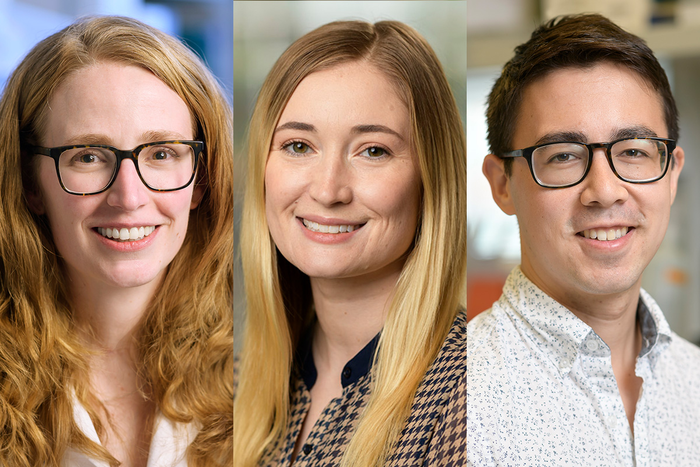 Every year, thousands of biochemistry majors and medical students around the world learn to memorize the major biochemical pathways that allow cells to function. How these 10 or so pathways are described in textbooks hasn’t changed much since the early 20th century, when they were first discovered.

But with the resurgence of interest in cancer metabolism in the past decade, researchers are coming to realize that there is more to a cell’s biochemistry than once thought.

The latest plot twist comes from a team of scientists at the Sloan Kettering Institute who report that they have discovered a previously unappreciated metabolic pathway — an alternate version of the famous Krebs cycle, also known as the tricarboxylic acid (TCA) cycle.

The TCA or Krebs cycle — named after Hans Krebs, the German-born biochemist who discovered it in 1937 — is a central hub of cellular metabolism. It is a core part of the process by which cells “burn” sugars to make ATP, the cell’s energy-carrying molecule. In its standard form, the cycle occurs entirely in a cell’s mitochondria.

“We and other scientists have recognized for a while that there is variation in the degree to which cells use parts of the TCA cycle, suggesting that cells may have multiple ways to meet their fundamental metabolic needs,” says Lydia Finley, a cell biologist in SKI who led the team. “Now, with this latest research, we can say there is a complete alternative to the canonical TCA cycle, and we explain how it works.”

Through several converging lines of evidence, Dr. Finley’s team showed that an alternate version of the TCA cycle takes place partly in the mitochondria and partly in the cytosol. Rather than burning sugar for energy, this alternate version of the TCA cycle allows cells to use the carbons in sugar to build important molecules such as lipids for cell membranes.

Not only that, but a cell’s use of one or the other version of the TCA cycle is associated with changes in its identity, the team showed.

These findings, which were reported on March 9, 2022, in Nature, have broad implications for understanding how cells adapt their metabolism to meet changing needs. They also may suggest additional avenues for cancer therapies geared at targeting a tumor’s metabolism.

Putting Together the Puzzle Pieces

Arnold had been using carbon-tracing techniques to study the flow of carbons through the TCA cycle in different cell types. She had noticed, for example, that there seemed to be variation in the extent to which cells put their carbons into the TCA cycle versus skipping one part of it.

Around the same time, Jackson was using computational methods to analyze publicly available data from experiments in which the genome-editing tool CRISPR had been used to systematically knock out genes for various enzymes, one at a time, to see what effect this had on cells.

“You would hypothesize that if the TCA cycle were one functional module, then any one of those enzymes should have a relatively similar effect when you remove it,” Dr. Finley points out. “What Ben noticed is that’s not actually the case.”

“The metabolic enzymes seemed to form two separate modules,” Jackson says. “This backed up the anecdotal evidence that we were accumulating that there were different parts of the TCA cycle that cells could use or not use.”

The CRISPR studies Jackson analyzed were performed in cancer cell lines — in other words, cells that aren’t “normal.” Arnold wanted to know if normal also engage in this alternative or noncanonical cycle. The Finley lab often works with embryonic stem cells, so Arnold had easy access to these normal cells. Arnold traced the flow of carbons through them and found that they also engaged in the noncanonical TCA cycle.

Lessons From 80 Years Ago

These two sets of experiments seemed to confirm that there really was an alternate way to perform the TCA cycle, one that is not in textbooks. But why had Krebs missed it?

To try to answer that question, Arnold decided to review Krebs’ original papers from the 1930s and 40s. She found, to her surprise, that Krebs had made his pivotal discoveries in one particular type of tissue: pigeon breast muscle.

“Nobody really talks about that,” Arnold says. “But it made us wonder if maybe different cell types have distinct preferences for whether they use the traditional TCA cycle or this alternate version.”

She decided to reconstruct Krebs’ original experiments, only in a dish rather than in pigeon muscle. She used mouse stem-like muscle cells to grow a muscle fiber precursor called a myotube and then traced the carbons. When she did this, she saw something interesting: “When the cells were still in a more stem-like stage, they seemed to be doing a lot of this noncanonical TCA cycle, similar to embryonic stem cells and cancer cells,” Arnold says. “But as soon as the cells had differentiated into myotubes, they immediately switched to the more traditional TCA cycle. This is in keeping with what Krebs saw in pigeon muscle tissue.”

To the team, this result suggested a clear link between changes in cell identity and usage of particular biochemical pathways. To test whether the changes in cell fate required use of the different pathways, the team performed additional experiments in which they chemically or genetically blocked certain enzymes in the cycles and asked whether the cells could still change their fate. They could not. This finding implied that changes in cell fate required different biochemical pathways.

To Burn or To Build

Why would a cell opt for a different form of the TCA cycle at all? According to Dr. Finley, the Krebs cycle is really good at maximizing ATP production. It helps cells combust all their nutrients down to carbon dioxide.

“That’s great if what you really care about is making ATP,” Dr. Finley says. “But if you want to grow, ATP is actually not the limiting reagent. You actually need to retain those carbons to make new biomass. That’s what the noncanonical TCA cycle does: It allows you to take carbons from glucose and export them to the cytosol, where they can be used to build other molecules. So, instead of burning the carbon, you get to keep it.”

This growth-oriented cycle may have particular relevance to cancer, whose signature characteristic is unlimited growth.

Dr. Finley cautions that their laboratory experiments were all done in a dish rather than in animals. The team is keenly interested in understanding whether and when it occurs in vivo, both in normal animals and in tumors.

“That will help us know whether it might be a good cancer drug target,” Dr. Finley says.

An Unexpected Upside to the COVID Pandemic

Dr. Finley thinks that the more researchers begin to look for alternative biochemical pathways, the more they might find. In some ways, their discovery of a noncanonical TCA cycle was facilitated by unplanned downtime in the lab, owing to the COVID-19 pandemic.

As Jackson explains: “I was at home, and we could not come into the lab because of the pandemic. So it became a very fortuitous time to work on this project, to work out all the bugs of the code.”

For Arnold, too, the pandemic-related downtime provided a chance to really delve into the historical literature and mull over other labs’ data in which she thought she could see evidence of this other cycle operating.

“In the end, the computational work that I did and the model Paige was building came together, and it became a really satisfying collaboration,” Jackson says.

There is a fitting endnote to this story. When Krebs submitted his original paper on the TCA cycle to Nature, it was rejected. At the time, the editors didn’t have space. This time, thankfully, they do.

This research was funded in part by the National Institutes of Health (grants R37 CA252305), the Pershing Square Sohn Prize for Cancer Research, the Starr Foundation (I12-0051), the Anna Fuller Fund, the Memorial Sloan Kettering Cancer Center Support Grant P30CA008748. Paige Arnold is an NICHD Ruth L. Kirschstein Predoctoral Fellow (F31HD098824). Benjamin Jackson is a Gerstner Sloan Kettering Grayer Fellow and is supported by a Medical Scientist Training Program grant from the NIGMS of the National Institutes of Health under award number T32GM007739 to the Weill Cornell/Rockefeller/Sloan Kettering Tri-Institutional MD-PhD Program. The study authors are inventors on a provisional patent application (U.S. Provisional Application No. 63/272,940) filed by Memorial Sloan Kettering Cancer Center, related to this work.

As the world’s oldest and largest private cancer center, Memorial Sloan Kettering has devoted more than 135 years to exceptional patient care, influential educational programs, and innovative research to discover more effective strategies to prevent, control and, ultimately, cure cancer. MSK is home to more than 20,000 physicians, scientists, nurses, and staff united by a relentless dedication to conquering cancer. Today, we are one of 52 National Cancer Institute-designated Comprehensive Cancer Centers, with state-of-the-art science and technology supporting groundbreaking clinical studies, personalized treatment, and compassionate care for our patients. We also train the next generation of clinical and scientific leaders in oncology through our continually evolving educational programs, here and around the world. Year after year, we are ranked among the top two cancer hospitals in the country, consistently recognized for our expertise in adult and pediatric oncology specialties. www.mskcc.org.

This research was funded in part by the National Institutes of Health (grants R37 CA252305), the Pershing Square Sohn Prize for Cancer Research, the Starr Foundation (I12-0051), the Anna Fuller Fund, the Memorial Sloan Kettering Cancer Center Support Grant P30CA008748. Paige Arnold is an NICHD Ruth L. Kirschstein Predoctoral Fellow (F31HD098824). Benjamin Jackson is a Gerstner Sloan Kettering Grayer Fellow and is supported by a Medical Scientist Training Program grant from the NIGMS of the National Institutes of Health under award number T32GM007739 to the Weill Cornell/Rockefeller/Sloan Kettering Tri-Institutional MD-PhD Program. The study authors are inventors on a provisional patent application (U.S. Provisional Application No. 63/272,940) filed by Memorial Sloan Kettering Cancer Center, related to this work.