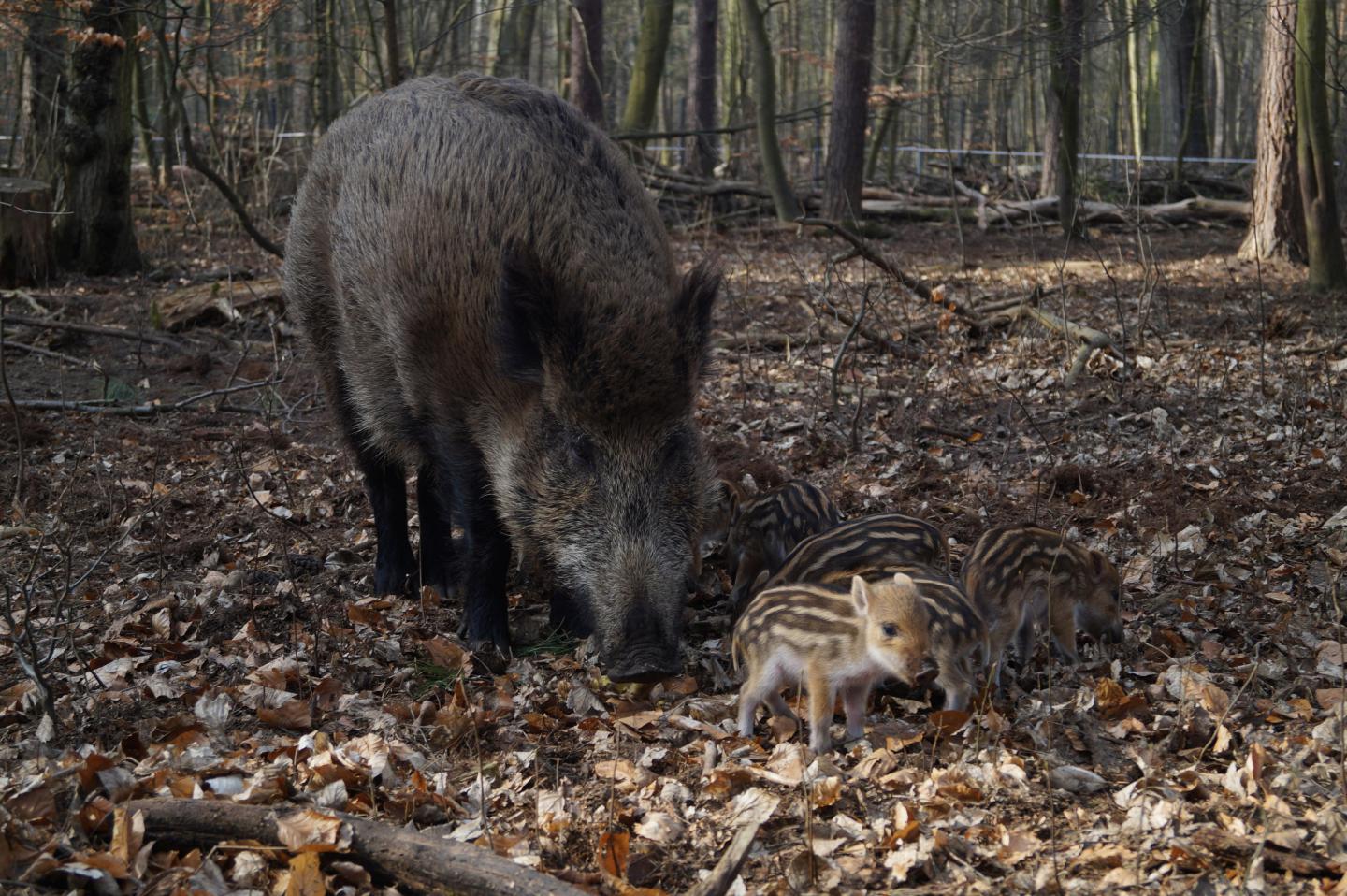 Swine fever, rabies, bird flu – outbreaks of diseases in wildlife populations often also affect farm animals and humans. However, their causes and the dynamics of their spread are often complex and not well understood. A team of scientists led by the Leibniz Institute for Zoo and Wildlife Research (Leibniz-IZW) has now carried out an analysis of long-term data of an outbreak of classical swine fever in wild boars in the German federal state of Mecklenburg-Vorpommern that occurred between 1993 and 2000. The results suggest that non-infected regions have a higher risk of infection due to changes in movement patterns, particularly during the mast and rutting seasons (autumn and winter), and thus highlighting the importance for focusing intervention efforts on specific individuals, seasons and areas in the event of future outbreaks. The findings are published in the Journal of Animal Ecology.

The study was conducted by a team of scientists from the Helmholtz Centre for Environmental Research (UFZ), the Friedrich Loeffler Institute (FLI) and the University of Potsdam under the direction of Leibniz-IZW. “Studies such as these help us to uncover the temporal and spatial dynamics of diseases such as classical swine fever and to use these findings to derive possible causes for long-lasting epidemics as well as measures to prevent new infections and outbreaks,” explains first author Cédric Scherer (Leibniz-IZW). The seasonal patterns of disease spread varied dramatically. “Interestingly, at the county level, infection was more likely to occur in autumn and winter, while individual wild boars, especially the young, are most likely to become infected in spring during birth season,” reports Stephanie Kramer-Schadt, who heads the Leibniz-IZW project. “We assume that this is due to the increased movement activity in autumn and winter. In particular, the search for mating partners and the shortage of food lead to more frequent changes of location and thus likely enable the spread of the disease beyond district boundaries,” Kramer-Schadt continues. Contrary to common interpretations, the density of wild boar in a municipality was not decisive. “This finding is understandable, as almost all districts have more wild boar than necessary for the spread of infectious diseases,” explains epidemiologist Hans-Herrmann Thulke (UFZ), who co-initiated the study.

The detailed long-term data collected by the authorities in Mecklenburg-Vorpommern during the outbreak made it possible to investigate the temporal and spatial differences in the spread of the disease. The authors analysed the data for different phases of disease spread on the one hand and for individual animals and entire municipalities on the other.

In order to limit the spread of classical swine fever in a wildlife population, vaccination baits could be used and/or the density of wild boar could be reduced by hunting. Although lowering the density to a theoretical minimum was often discussed as a measure, this study shows that in later times of an outbreak it was not the density but the contact rates, which likely increased due to changes in movement behaviour and made it possible for the disease to persist for several years. In order to prevent such persistence or future outbreaks, the focus should therefore be on reducing the contact rates between wild boar groups.

TB technologies seek to help millions of patients around the world