Singapore’s quantum ecosystem gets a boost from three national platforms 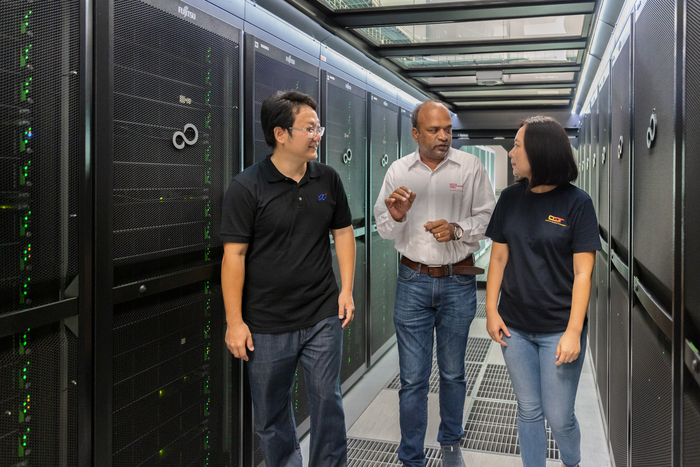 Deputy Prime Minister, Coordinating Minister for Economic Policies, and Chairman of the National Research Foundation (NRF), Mr Heng Swee Keat, spoke on the initiatives in his opening address at the Asia Tech x Singapore (ATxSG), the region’s flagship tech event, on 31 May 2022.

The three national quantum platforms, which are hosted across the National University of Singapore (NUS), Nanyang Technological University, Singapore (NTU Singapore), the Agency for Science, Technology and Research, (A*STAR), and the National Supercomputing Centre (NSCC) Singapore, will coordinate activities across research organisations and build public-private collaborations to put Singapore at the cutting edge in quantum technologies. The platforms are:

NRF Chief Executive Officer Professor Low Teck Seng said, “The launch of the three national platforms signals the intent and ambition of Singapore to build upon our past investments in quantum technologies, and take it further through close industry development with our partner agencies. The platforms will leverage strengths from each participating institution to develop critical capabilities across the pillars of quantum computing, communication, and devices, enhancing our vibrant quantum research ecosystem.”

“Quantum technologies are attracting global interest thanks to their potential impacts across industries. The creation of three national quantum platforms in Singapore allows us to act as a bigger player in the key areas of computing, communication and manufacturing. The Quantum Engineering Programme supports these initiatives and other efforts to reap the benefits of Singapore’s strong heritage in quantum research,” said Dr Alexander Ling, Director of the QEP. He is an Associate Professor in the NUS Department of Physics and Principal Investigator at the Centre for Quantum Technologies.

The programme is committing $23.5 million to the three platforms for up to 3.5 years under Singapore’s Research, Innovation, and Enterprise 2020 (RIE2020) plan. These platforms will receive further support from across the research landscape.

The NQCH will pool expertise and resources from the Centre for Quantum Technologies’ (CQT) teams at NUS and NTU Singapore, A*STAR’s Institute of High Performance Computing (IHPC) and the National Supercomputing Centre (NSCC) Singapore in building a quantum computing ecosystem in Singapore.

Quantum computers have the potential to outperform today’s supercomputers in speed and energy efficiency on some kinds of problems.

Researchers at CQT and IHPC will develop quantum computing hardware and middleware. They will also explore applications with industry collaborators in fields such as finance, supply chain, and chemistry. Meanwhile, NSCC will host a quantum computing facility and provide the supercomputing power needed to develop and train the algorithms that could eventually be used on quantum computers.

The hub will also build international collaborations and train new talent to address a skills shortage in this emerging industry.

“Quantum computing is coming. The question is not about ‘when’, but about ‘who’ will be ready to use this technology. The approach taken in Singapore is to combine the expertise from our researchers with the needed support to achieve such a mission. The NQCH goals, as a collective effort of CQT, IHPC and NSCC, are to provide the infrastructure for a production quantum computer, the middleware to run it and the quantum algorithms that solve relevant practical tasks. This effort extends to produce quantum talent beyond physicists and to provide trustworthy information to the community,” said Professor José Ignacio Latorre, Director, CQT, NUS and Lead Principal Investigator, NQCH.

“Quantum computing is a revolutionary technology that promises a significant shift in how information is processed and analysed to solve complex problems traditionally limited by classical computers. We are pleased to contribute our expertise in computational science, high performance computing, artificial intelligence and optimisation to this ecosystem effort to develop quantum ready algorithms and software. Working alongside CQT and NSCC, we strive to enable many diverse quantum and classical hybrid computing applications in collaboration with industry partners,” said Dr Su Yi, Executive Director, IHPC, A*STAR, and a Co-Principal Investigator, NQCH.

“The potential for quantum computing is enormous and a scientific game-changer. Supercomputers will be a key resource in accelerating quantum computing research and developing the tools and algorithms needed to support the new technology. The partnership between NSCC, IHPC and CQT reflects a whole-of-research commitment that covers the entire value chain for the development of the quantum computing ecosystem in Singapore,” said Associate Professor Tan Tin Wee, Chief Executive, NSCC, and a Co-Principal Investigator for NQCH.

The National Quantum Fabless Foundry (NQFF), hosted at A*STAR’s Institute of Materials Research and Engineering (IMRE), will support micro and nanofabrication of quantum devices in QEP’s three pillars of quantum computation, communication and sensing. It will also develop enabling devices related to Singapore’s strategic needs in the quantum technology ecosystem.

“The National Quantum Fabless Foundry looks forward to supporting the quantum research community by developing enabling quantum devices and a quantum-based economy, and facilitating the development of quantum systems in Singapore,” said Dr Manas Mukherjee, Director, National Quantum Fabless Foundry. He is a Senior Scientist at IMRE, A*STAR, and Principal Investigator at CQT. “We want to act as a bridge between R&D and industry to help shape the future of microelectronics, and forge more partnerships with the best fabrication facilities in Singapore,” he added.

The NQSN, which was announced in February 2022, will conduct nationwide trials of quantum-safe communication technologies that promise robust network security for critical infrastructure and companies handling sensitive data. The initiative, led from CQT, as well as NUS and NTU, has over 15 private and government collaborators. The Infocomm Media Development Authority (IMDA) is one of the collaborators.

“IMDA is working closely with our Institutes of Higher Learning, industry and research partners to collaborate on the operation and implementation of the National Quantum-Safe Network (NQSN) on Singapore’s fibre network infrastructure. This is to ensure that Singapore’s communications networks and systems remain futureproof and secure as quantum computing technologies are developed.  We will continue to push the boundaries of such frontier technologies so both consumers and businesses in Singapore can benefit from them,” said Wee Sain, Director, Communications and Connectivity Engineering, IMDA.