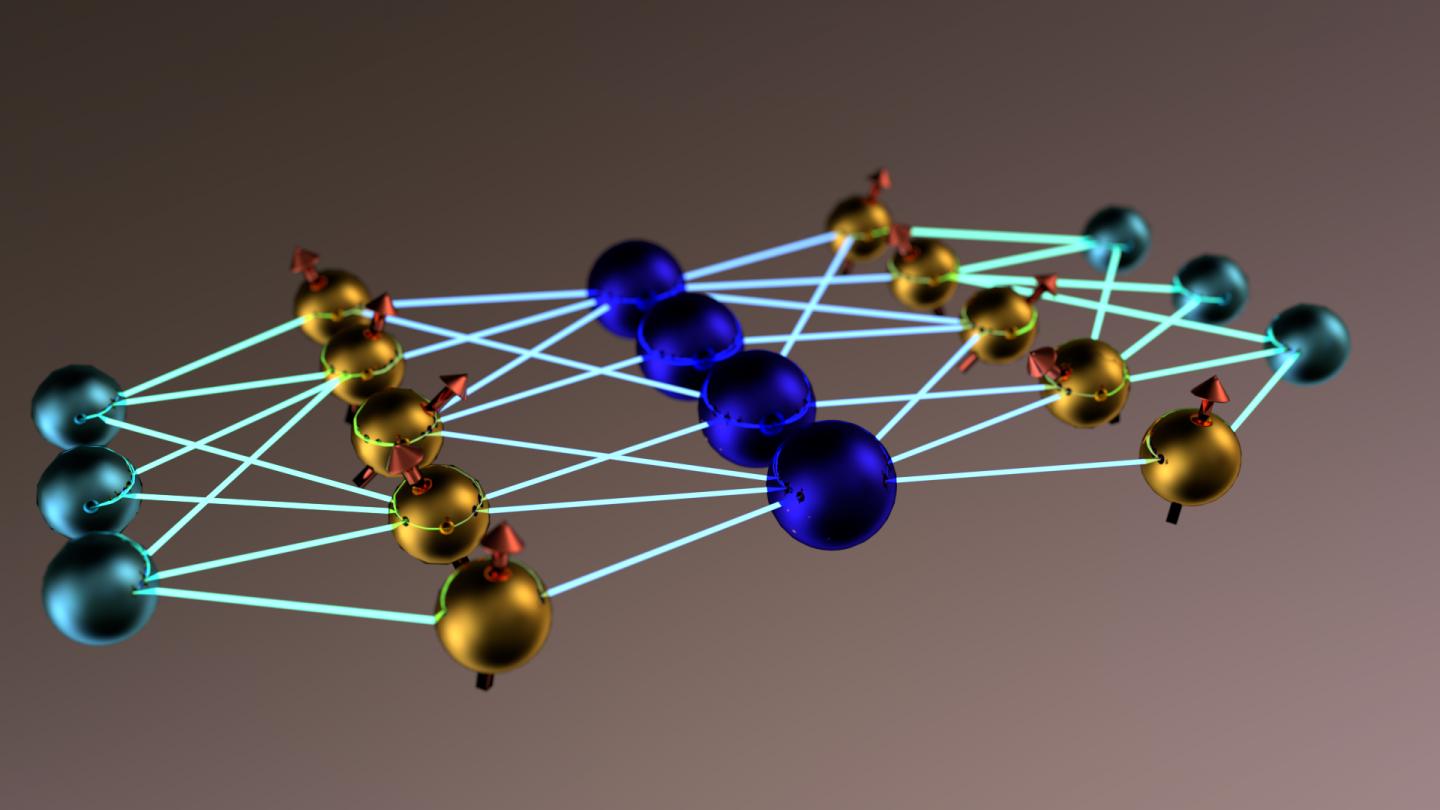 In order to study quantum systems made of many particles, physicists must first be able to simulate them. This can be done by solving the equations describing their inner workings on supercomputers. But while Moore’s Law predicts that the processing power of computers doubles every couple of years, this is a far cry from the power needed to tackle the challenges of quantum physics.

The reason is that predicting the properties of a quantum system is enormously complex, demanding a computational power that grows exponentially with the size of the quantum system – an “intrinsically complex” task, according to Professor Vincenzo Savona, who directs the Laboratory of Theoretical Physics of Nanosystems at EPFL.

“Things become even more complicated when the quantum system is open, meaning that it is subject to the disturbances of its surrounding environment,” Savona adds. And yet, tools to efficiently simulate open quantum systems are much needed, as most modern experimental platforms for quantum science and technology are open systems, and physicists are constantly in search of new ways to simulate and benchmark them.

But significant progress has been made thanks to a new computational method that simulates quantum systems with neural networks. The method was developed by Savona and his PhD student Alexandra Nagy at EPFL – and independently by scientists at Université Paris Diderot, the Heriot-Watt University in Edinburgh, and the Flatiron Institute in New York. The total body of work is being published across three papers in Physical Review Letters.

“We basically combined advances in neural networks and machine-learning with quantum Monte Carlo tools,” says Savona, referring to a large toolkit of computational methods that physicists use to study complex quantum systems. The scientists trained a neural network to represent simultaneously the many quantum states in which a quantum system can be cast by the influence of its environment.

The neural-network approach allowed the physicists to predict the properties of quantum systems of considerable size and arbitrary geometry. “This is a novel computational approach that addresses the problem of open quantum systems with versatility and a lot of potential for scaling up,” says Savona. The method is set to become a tool of choice for the study of complex quantum systems, and, looking a bit more into the future, for assessing the effects of noise on quantum hardware.

What is association of radioactive iodine treatment for overactive thyroid with risk of cancer death?

As bumblebee diets narrow, ours could too