SimBlock: A simulator for testing improvements to real-world blockchain networks 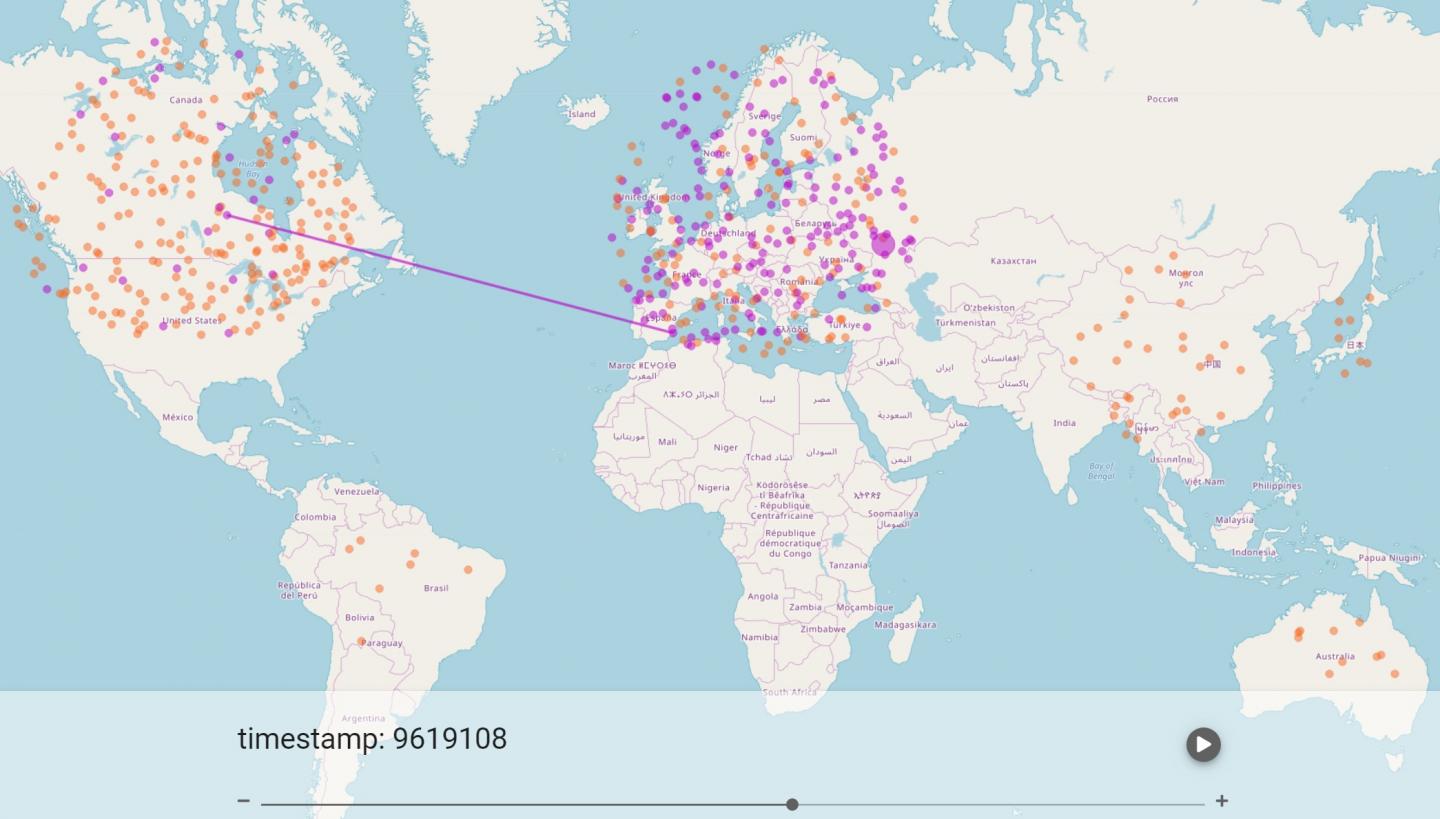 Demonstration of visualizer: Bitcoin network (scaled down to 600 nodes)

Kazuyuki Shudo, his colleagues[a] and the Cybersecurity Research Center at Tokyo Institute of Technology (Tokyo Tech) developed a public blockchain simulator called “SimBlock” for use in testing blockchain performance and security. The software can run on a single PC. It is now publicly available as open source.

SimBlock allows a user to simulate a blockchain network consisting of a large number of nodes (servers), and modify behavior of the nodes to test effects on performance and security. Users can simulate the impact of changes to an existing blockchain, such as Bitcoin, or to a blockchain of their own design.

Blockchain was first implemented for cryptocurrency, serving as the basis of the Bitcoin network, which began operating in 2009. But now other potential applications are being found in areas such as resource and rights management, product (e.g., food) traceability, voting, and business process automation.

These days, a number of conferences on blockchain technology are held, including IEEE ICBC, CryBlock, and IEEE Blockchain. Yet despite the activity in the field, it has been almost impossible to test improvements on a real-world blockchain network. Such an experiment requires updating the software of all nodes, which is not practical for a working network due to the risk of causing disruptions. Even in cases where a blockchain has a problem that needs fixing, testing the fix may be difficult, as it could break something else.

Shudo and colleagues developed SimBlock[1], which can simulate behavior of about 10,000 nodes on the Internet using a single typical PC. The software, which was made open source in July 2019, allows engineers to test improvements on an existing or their original blockchain, or even simulate malicious nodes and measure success rates of attack, then apply countermeasures to test its effects.

SimBlock also has a visualizer that shows communication between nodes and block height[b] animated on a world map. A demonstration of the visualizer is available at the following web page.

Demonstration of visualizer: Bitcoin network (scaled down to 600 nodes)

The research team gave a demonstration of SimBlock[2] at IEEE ICBC 2019 held in Seoul, attracting much attention from the participants (Figure 2).

The team members also used SimBlock in their other studies. The following are such research topics to improve performance of blockchains.

Figure 3 shows the effect of applying a technique called proximity neighbor selection[3], where each node connects with its near nodes on the network. This results in reduced time for blocks to propagate over the network. The reduction of propagation time leads to improvement of security. It also leads to improvement of transaction process performance without sacrificing security.

The research team will continue working on performance improvement of blockchains utilizing SimBlock. They also started working on security studies by simulating attacks on a blockchain and countermeasures. On-going and planned improvements for SimBlock include support for other blockchains such as Ethereum, further updating of Internet parameters such as communication speed, and support for newer communication protocols such as Compact Block Relay.

The team strongly believes that engineering and research communities can benefit from SimBlock and its contributions to blockchain technology and our society supported by the technology.

This work was supported by SECOM Science and Technology Foundation.

[b] Block height: The length of a blockchain. Here the total number of blocks a node has received.

[c] Relay network: A network different from a blockchain network. It distributes blocks and transactions to nodes that connect to it.

[d] Orphan block: A block that has been generated once but invalidated due to a fork of the blockchain.

“Simulating a Blockchain Network with SimBlock”,

“Effects of a Simple Relay Network on the Bitcoin Network”,