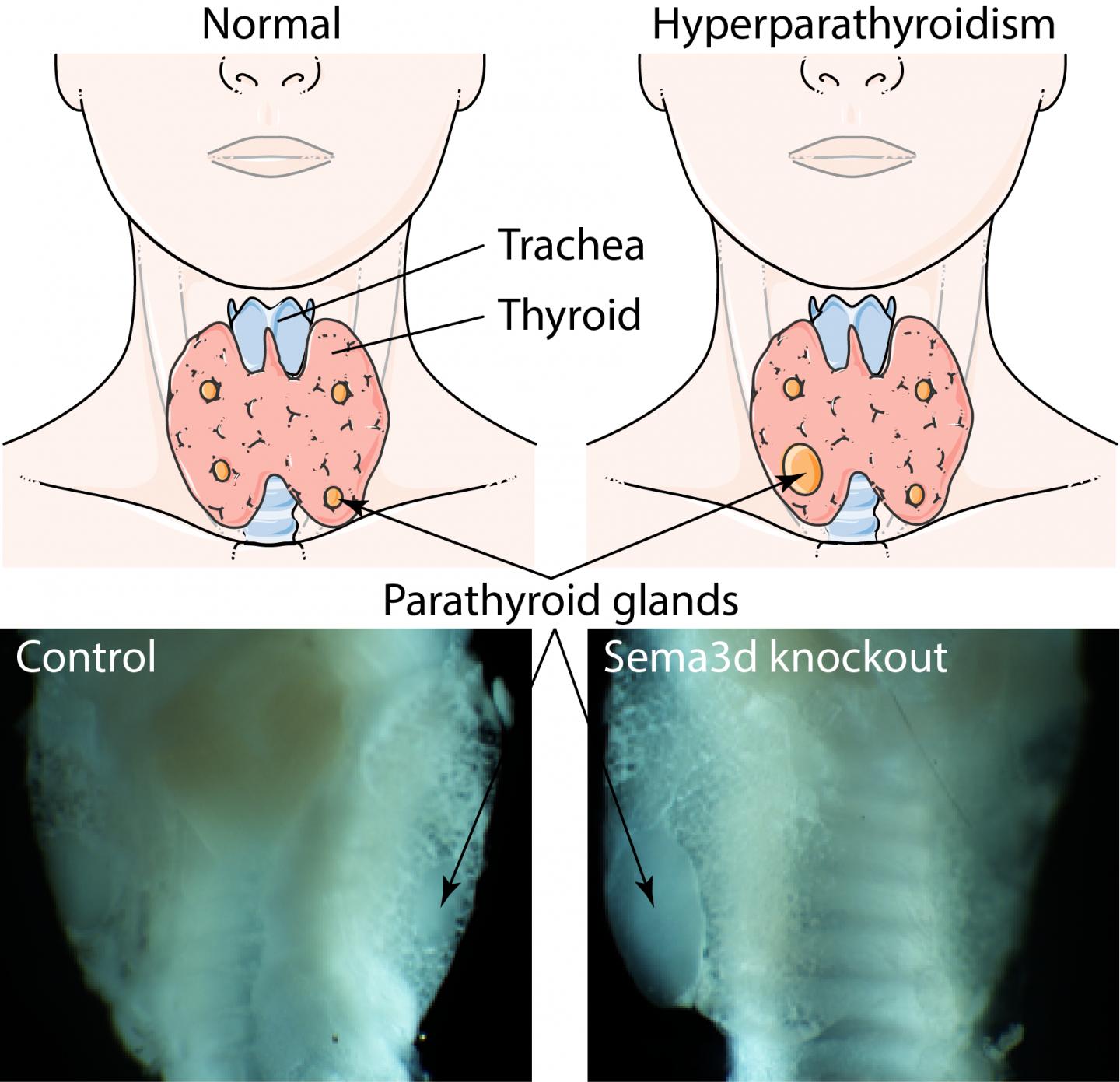 SINGAPORE, 28 May 2019 – Overactive parathyroid glands,which control the body’s blood calcium levels, can lead to kidney stones, neuropsychiatric disorders and bone abnormalities, particularly among elderly women. Researchers led by Duke-NUS Medical School have discovered a signalling protein that appears to protect these glands from excessive activity, providing insights for drug development to treat hyperparathyroidism – a condition currently treatable only through surgery.

“Not many molecules are known to inhibit parathyroid growth and there are no drugs available in the market to treat the condition,” said Assistant Professor Manvendra Singh, the study’s corresponding author from the Cardiovascular and Metabolic Disorders Programme at Duke-NUS Medical School. “Surgery is the most common treatment for hyperparathyroidism. However, reoperative surgery for persistent or recurrent hyperparathyroidism remains technically challenging due to fibrotic scarring and distorted anatomy that make it more difficult to identify abnormal parathyroid glands. Patients are also at increased risk for laryngeal nerve injury, cervical bleeding and postoperative hypocalcemia.”

The parathyroid are four small glands located in the neck, behind the larger thyroid, and are responsible for maintaining healthy blood calcium levels through the secretion of parathyroid hormone (PTH). Primary hyperparathyroidism ? a condition in which these glands produce too much PTH, elevating blood calcium levels ? can lead to kidney stones, neuropsychiatric disorders and bone abnormalities.

The research team discovered that semaphorin3d (Sema3d), a signalling protein secreted by developing parathyroid glands, helps to prevent excessive growth. Sema3d was found to reduce signalling within the EGFR/ERBB signalling pathway, which is responsible for parathyroid cell growth, and is also known to mediate cancer growth and survival.

“This discovery is a potential game-changer in the treatment of hyperparathyroidism,” said Prof Patrick Casey, Senior Vice Dean for Research at Duke-NUS. “Considering the condition is common in the elderly, possible drug-based therapeutic options in the future would reduce the burden of surgery and associated risks in these elderly patients.”

The research team further believes Sema3d’s protective role in restricting parathyroid cell proliferation, by suppressing the EGFR/ERBB signalling pathway, could be relevant to other tumour types as well. Further investigations could lead to the development of anti-tumour treatments employing genetically engineered Sema3d or other drugs that target the protein’s downstream pathways, the researchers conclude.

Novel insights into cholesterol regulation may lead to new therapies…