Ships slide in an air envelope 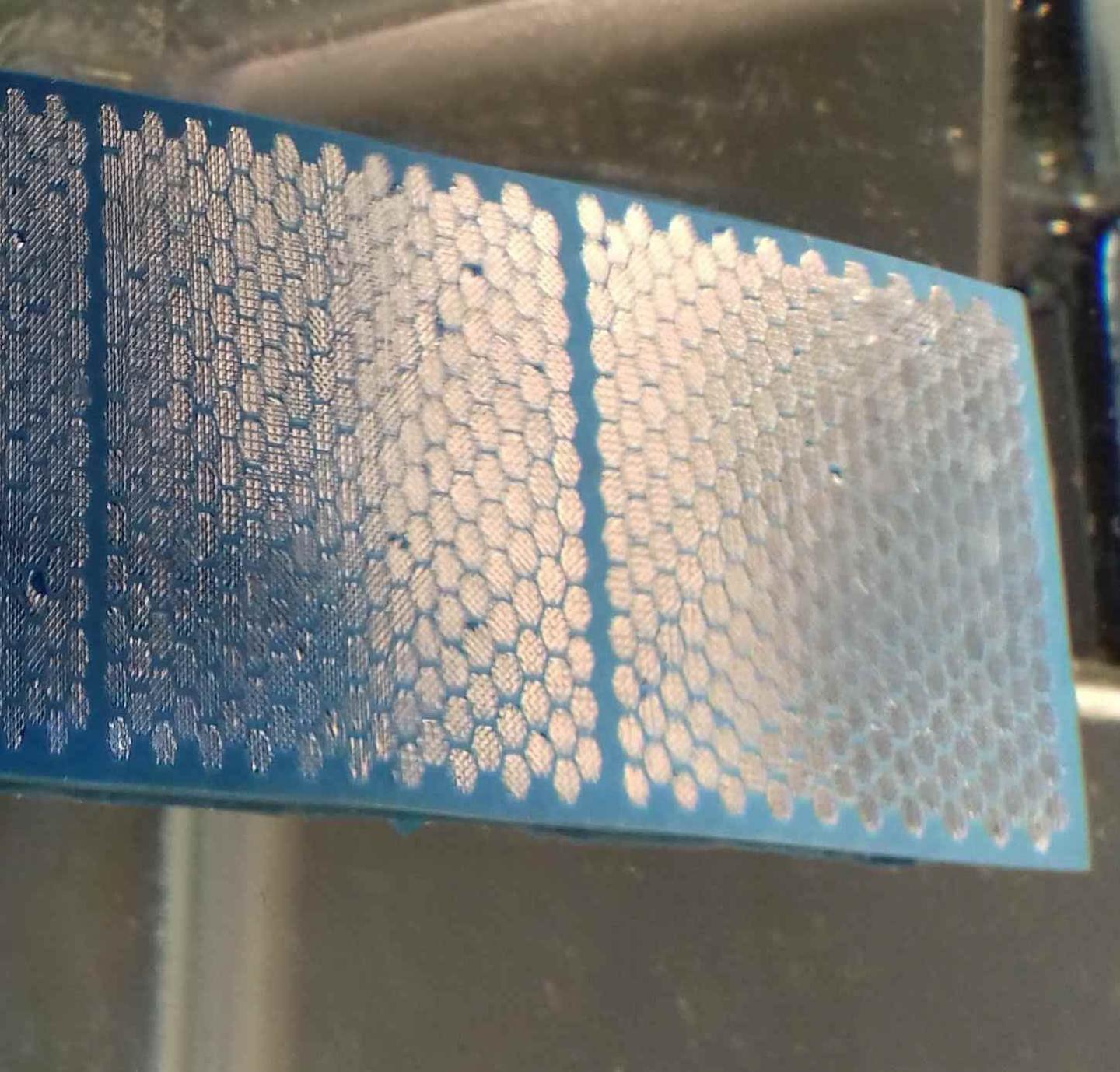 Friction, corrosion, and biofilms are three major problems in shipping. The research project “Air-retaining Surfaces” (ARES) – a collaboration project of Karlsruhe Institute of Technology (KIT) and the universities of Bonn and Rostock – studies new types of ship coatings that permanently retain an air layer under water and, thus, help considerably reduce the three problems. ARES has now been granted the Validation Award by the Federal Ministry of Education and Research (BMBF).

“Besides research and teaching, innovation is one of the three equal core tasks of KIT. What we are trying to do is to make scientific findings usable for industry and society,” says the President of KIT, Professor Holger Hanselka. “Hence, I am pleased that a KIT-coordinated project on novel ship coatings is granted the Validation Award by BMBF this year. I congratulate Thomas Schimmel and his team of researchers from KIT as well as from the universities of Bonn and Rostock very cordially on this success.”

ARES studies novel ship coatings, by means of which an air layer is permanently retained under water, which considerably reduces frictional resistance of surfaces. At the same time, release of toxic substances from ship paints and biofilms (fouling) and corrosion is prevented by the air envelope between the ship and the water. Coordinator Thomas Schimmel, who works at the Institute of Applied Physics (APH), the Institute of Nanotechnology (INT), and the Material Research Center for Energy Systems (MZE) of KIT, and his group develop air-retaining surfaces under water based on the salvinia effect.

The salvinia effect studied by physicist Professor Thomas Schimmel of KIT and botanist Professor Wilhelm Barthlott of Bonn University in close collaboration with fluid mechanics expert Professor Alfred Lederer of Rostock University enables certain plants, such as the aquatic fern Salvinia molesta, to breathe under water. For this purpose, the aquatic fern is covered with special hairs that resemble small whisks and are characterized by a special chemical heterogeneity: while the individual hairs are water-repellent, each single hair has a water-attracting tip that adheres to water and permanently stabilizes the retained air layer. Within its funding program “Validation of the technological and social innovation potential of scientific research,” the Federal Ministry of Education and Research supported the ARES project. The Validation Award is granted to outstanding projects that succeeded in transferring results obtained in a validation phase to application.

“After we understood the salvinia effect, we realized the enormous economic and ecological potential of its technical implementation,” Thomas Schimmel says. About 90% of worldwide international trade takes place by shipping. If ships are enclosed by an air envelope under water, the three major problems of shipping might be solved: friction, corrosion, and biofilms. “We developed artificial surfaces that retain such an air layer under water. Earlier prototypes we placed under water more than five years ago are still covered by a permanent air layer.”

Based on such surfaces that permanently retain air under water (“Air Coating Technology”), novel bionic ship coatings are to be developed, as a result of which the ship will be enclosed by an air envelope under water. The new, environmentally friendly technology has an enormous potential to reduce friction and may also serve as a basis for an eco-friendly “anti-fouling” coating that does not release any poison into the sea and additionally ensures corrosion protection. So far, hulls of ships have been covered by anti-fouling paints containing heavy metals to prevent the settling of algae and shells.

Presently, the Air Coating technology is being further developed. Under the EU project AIRCOAT coordinated by Thomas Schimmel, the partners use a self-adhesive foil system to retain air layers on surfaces under water. Altogether, ten partners participate in the project funded by the European Commission under the Horizon 2020 programme. Within the framework of a project funded by the Baden-Württemberg Foundation and also managed by Schimmel, other applications of the Air Coating technology are studied. Moreover, the spinoff ACT Aircoating Technologies GmbH was established to commercialize the new technology.

About the Validation Award

The funding program “Validation of the technological and social innovation potential of scientific research – VIP+” that is part of the federal government’s high-tech strategy, scientists of all disciplines are invited to leave the world of research and to make the first step towards a commercial added value or application in society. The innovation potential of research results is to be validated and potential applications are to be analyzed. Under VIP+ and the predecessor program VIP, more than 200 projects have been funded since 2010. The most successful projects are granted three Validation Awards. The research project “Air-retaining Surfaces” (ARES) was granted the First Prize of the Validation Award of the Federal Ministry of Education and Research (BMBF) “for its extraordinary success in utilizing the results of the completed ARES validation project for further development within the AIRCOAT EU project.” The Award was handed over by Parliamentary State Secretary Michael Meister on March 26, 2019. “The three award-winning projects pursue different utilization paths. Their common feature is that the results are transferred rapidly to application for the benefit of society. This makes them ideal role models in accordance with our program,” Meister said during the awards ceremony.

Scientists cook up new recipes for taking salt out of seawater

The little auks that lived in the Pacific