Shedding new light on the charging of lithium-ion batteries 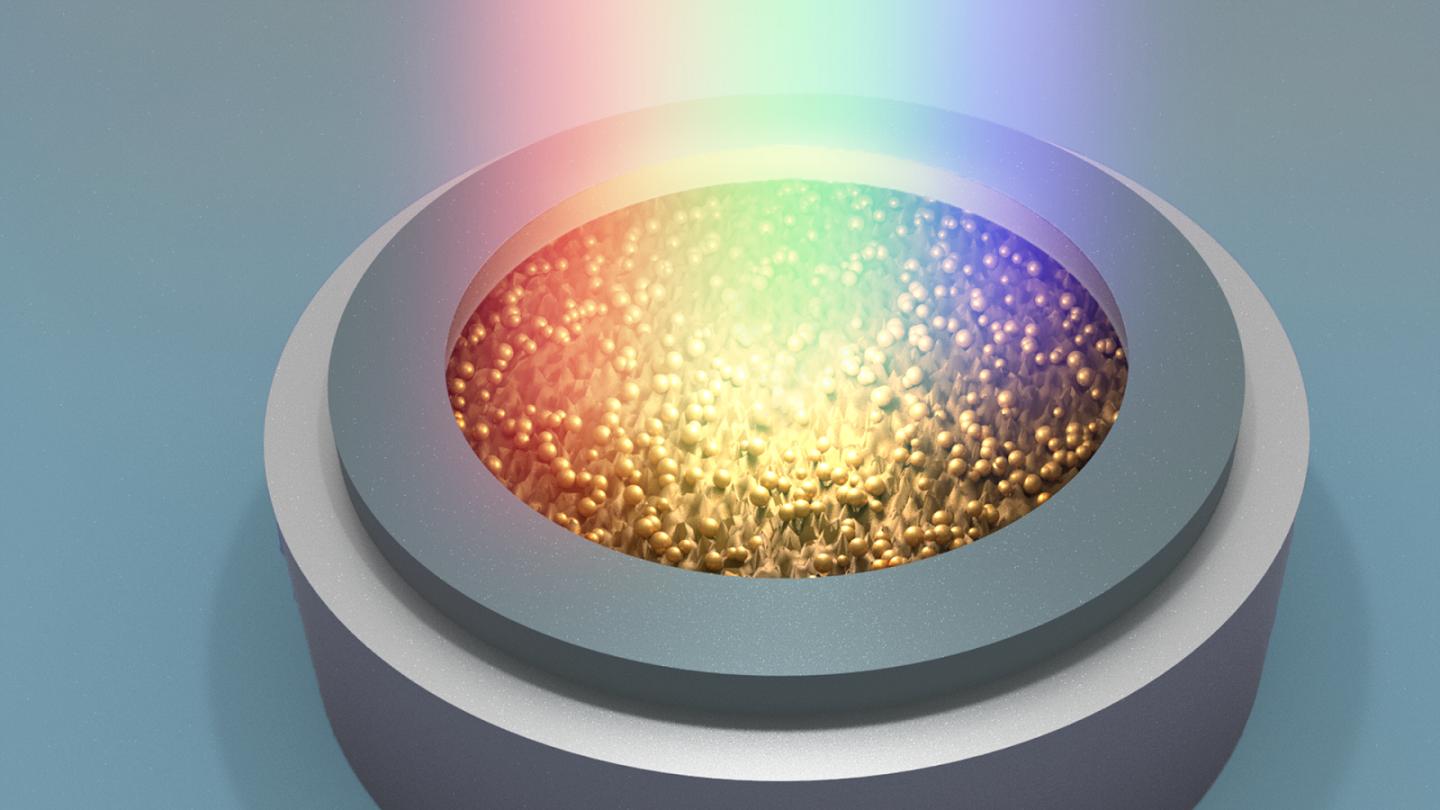 Exposing cathodes to light decreases charge time by a factor of two in lithium-ion batteries.

Researchers at the U.S. Department of Energy’s (DOE) Argonne National Laboratory have reported a new mechanism to speed up the charging of lithium-ion batteries for electric vehicles. Simply exposing the cathode to a beam of concentrated light — for example, the white light from a xenon lamp — lowers the battery charging time by a remarkable factor of two or more. If commercialized, such technology could be a game changer for electric vehicles.

Owners of electric vehicles are well aware of “range anxiety” as the charge level runs low or the location of the closest charging station seems too distant. Fast charging remains a critical challenge if such vehicles are ever to capture a large segment of the transportation market. Charging for an electric car on empty typically takes about eight hours.

“We wanted to greatly shorten this charge reaction without damaging the electrodes from the resulting higher current flow.” — Christopher Johnson, Argonne Distinguished Fellow

Special supercharging stations now exist that achieve ultrafast charging of electric vehicles by delivering a much higher current to the battery. Passing too much current over too short a time, however, degrades battery performance.

Typically, lithium-ion batteries for vehicles are slowly charged to obtain a complete electrochemical reaction. This reaction involves removing lithium from the oxide cathode and inserting it into the graphite anode.

“We wanted to greatly shorten this charge reaction without damaging the electrodes from the resulting higher current flow,” said Christopher Johnson, Argonne Distinguished Fellow and group leader in the Chemical Sciences and Engineering division.

Today’s lithium-ion batteries work in a dark state, with the electrodes housed in a case. Argonne’s photo-assisted technology would use a transparent container that allows concentrated light to illuminate the battery electrodes during charging.

To probe the charge process, the research team crafted small lithium-ion cells (“coin cells”) with transparent quartz windows. They then tested these cells with and without white light shining through the window onto the cathode.

“We hypothesized that, during charging, white light would interact favorably with the typical cathode material, and that proved to be the case in our cell tests,” Johnson said. That cathode material is a lithium manganese oxide, abbreviated as LiMn2O4 (LMO).

The key ingredient in this favorable reaction is the interplay of light with LMO, a semiconducting material known to interact with light. While absorbing the photons in the light during charging, the element manganese in the LMO changes its charge state from trivalent to tetravalent (Mn3+ to Mn4+). In response, lithium ions eject faster from the cathode than would occur without the photon-excitation process.

This condition drives the battery reaction faster. The team found that the faster reaction resulted in faster charging without degrading battery performance or cycle life. “Our cell tests showed a factor of two decrease in charging time with the light turned on,” Johnson said.

The research team performed this work as part of the Center for Electrochemical Energy Science (CEES), a DOE Energy Frontier Research Center (EFRC) led by Argonne.

“This research is a great example of how CEES’s goal of understanding the electrode processes in lithium-ion batteries is enabling pivotal advances that are influencing technology,” said Paul Fenter, CEES Director and senior physicist in the Chemical Sciences and Engineering division. “This is emblematic of the transformational impacts that the EFRC program can achieve.”

Johnson added that, “This finding is the first of its kind whereby light and battery technologies are merged, and this intersection bodes well for the future of innovative charging concepts for batteries.”

The Vehicle Technologies Office of the DOE Office of Energy Efficiency and Renewable Energy has identified fast charge as a critical challenge in ensuring mass adoption of electric vehicles with a goal of 15-min. recharge time, and this research could be a key to making this possible.

This research was funded by the DOE Office of Basic Energy Sciences and performed, in part, at the Center for Nanoscale Materials, a U.S. Department of Energy Office of Science User Facility.

About Argonne’s Center for Nanoscale Materials

The Center for Nanoscale Materials is one of the five DOE Nanoscale Science Research Centers, premier national user facilities for interdisciplinary research at the nanoscale supported by the DOE Office of Science. Together the NSRCs comprise a suite of complementary facilities that provide researchers with state-of-the-art capabilities to fabricate, process, characterize and model nanoscale materials, and constitute the largest infrastructure investment of the National Nanotechnology Initiative. The NSRCs are located at DOE’s Argonne, Brookhaven, Lawrence Berkeley, Oak Ridge, Sandia and Los Alamos National Laboratories. For more information about the DOE NSRCs, please visit https://science.osti.gov/User-Facilities/User-Facilities-at-a-Glance.

Insurance coverage among patients with head/neck cancer after ACA

Mechanical force as a new way of starting chemical reactions

Adolescents are more likely than adults to use fruit- and…