She uses mushroom enzyme and light to create green chemicals

By combining nature’s own reactions, Associate Professor Selin Kara from the Department of Engineering at Aarhus University aims to develop a fully green and sustainable production process for chemicals. 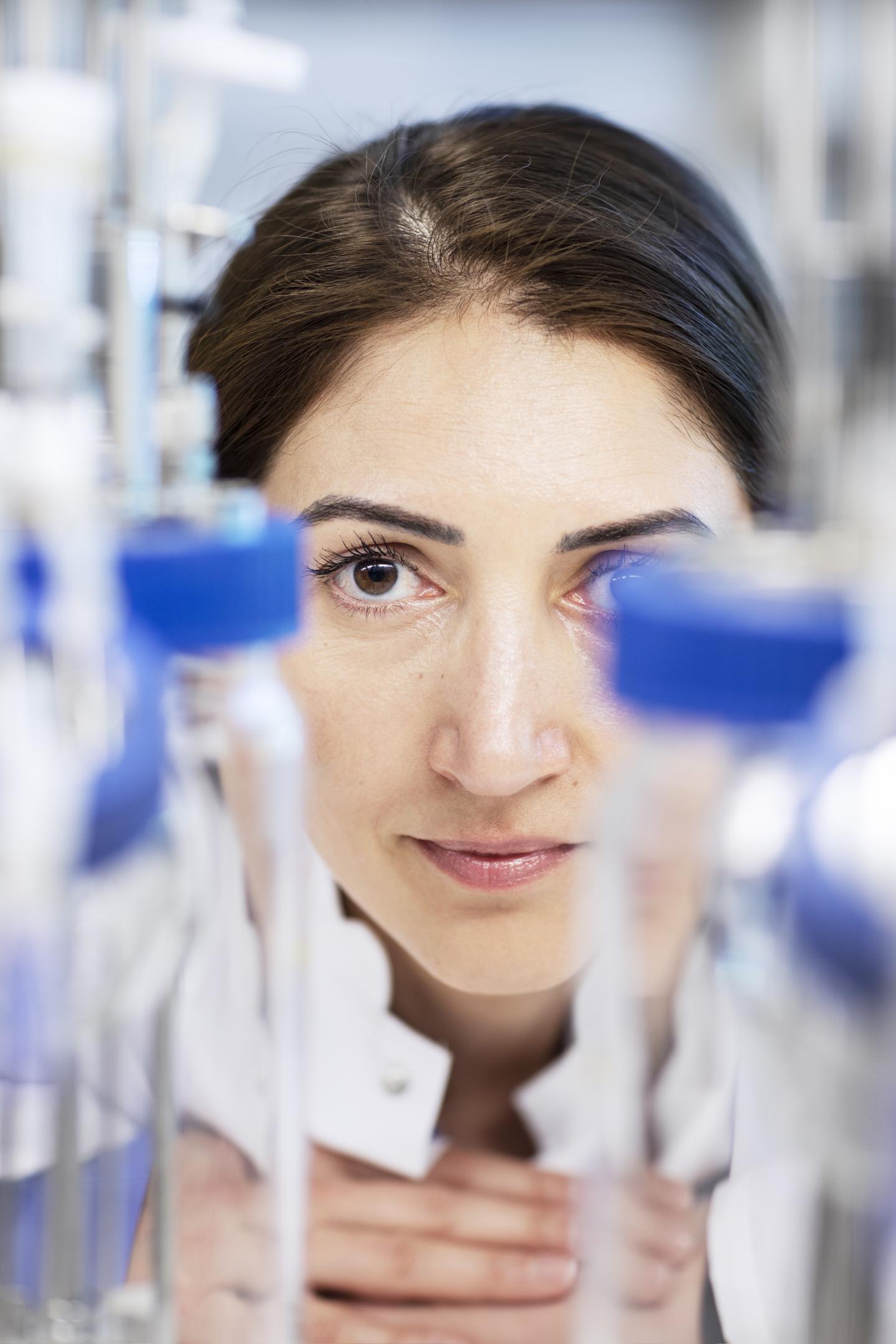 By combining nature’s own reactions, Associate Professor Selin Kara from the Department of Engineering at Aarhus University aims to develop a fully green and sustainable production process for chemicals.

Selin Kara will use entirely natural enzymatic reactions to synthesize chemicals in a continuous flow: Imagine small tubes (around a few millilitres) into which you put one product in one end, and get a high-value product out from the other.

“The idea is to link photo-catalysis with bio-catalysis in miniaturized, tubular bioreactors operated with continuous flow. The system will be multi-phasic where the photobiocatalyst – an enzyme found in normal chestnut mushrooms – will be in a solid form and the reaction media will be liquid. Due to the low solubility of the substrate, also a second liquid phase is needed for bioprocess development. Overall, I will deal with a multi-parameter challenge,” says Selin Kara.

The photocatalytic part of the system is constantly exposed to light, which is necessary in the process of creating the desired core substrate. The enzyme converts that core substrate (now an intermediate) into the final target product, a pharmaceutical compound.

“The goal is photobiocatalytic synthesis of various active pharmaceutical ingredients which can be used as building blocks to create other chemical substances,” says the associate professor.

“If we can utilize bio-catalysis and photo-catalysis together to develop very productive enzymatic reactions, hopefully we’ll make the enzymatic synthesis more attractive in future chemicals production. This will be a huge achievement for the chemicals industry as a whole, as chemical synthesis today is very polluting,” says Selin Kara.

There are, however, some major challenges to be overcome first, which is also why the project is starting with miniature bioreactors:

“The entire system needs refining to the smallest detail to ensure the optimum flow and conditions. The photo- and bio-catalysts have to be perfectly balanced to work together effectively, and that’s why we’re starting by focusing on the spatial spread between the two types of catalysis,” she says.

Sapere Aude grants are awarded by the Independent Research Fund Denmark to talented early career researchers to enable them to develop and strengthen their own research ideas and establish themselves as research directors with the foundation’s financial assistance.

In 2019, the Independent Research Fund Denmark awarded Sapere Aude grants to 35 researchers on the basis of 346 applications. Of these, 11 recipients are from Aarhus University.

Spying on hippos with drones to help conservation efforts

Teens at greater risk of violence, injury during sexual assaults than previously…

Scienmag May 30, 2019
Credit: Photo by L. Brian Stauffer CHAMPAIGN, Ill. -- A recent study of the forensic evidence in 563 sexual…

AAIH releases primer to advance understanding within the industry