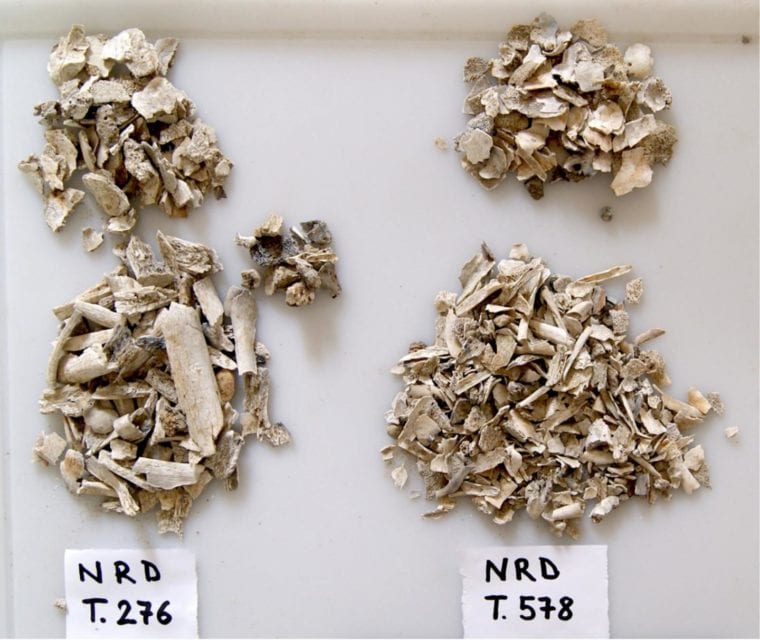 Ancient cremated human remains, despite being deformed, still retain sexually diagnostic physical features, according to a study released January 30, 2019 in the open-access journal PLOS ONE by Claudio Cavazzuti of Durham University, UK and colleagues. The authors provide a statistical approach for identifying traits that distinguish male and female remains within a population.

The ability to determine the sex of ancient human remains is essential for archaeologists tracking demographic data and cultural practices across civilizations. Large burial assortments can provide representative samples of ancient populations, but the process of cremation, which has been popular for millennia, warps and fragments bone, altering skeletal measurements that archaeologists might otherwise use to sex an individual. Few studies have attempted to identify skeletal traits that are sexually diagnostic after cremation. Thus, archaeologists lack a reliable method to sex cremated remains in the absence of external clues such as gendered grave goods.

Cavazzuti and colleagues aimed to resolve this deficiency by measuring 24 skeletal traits across 124 cremated individuals with clearly engendered grave goods (such as weapons for men and spindle whorls for women) from five Italian necropolises dating between the 12th and 6th centuries BCE. Assuming that gender largely correlates to sex, the authors statistically compared sex to variation in anatomical traits. Of the 24 traits examined, eight predicted sex with an accuracy of 80% or more, a reliability score similar to those obtained for uncremated ancient remains.

The authors conclude that anatomical sex determination is possible in cremated remains, though they caution that the measurements identified in this study differ from those used to sex modern cremated remains, indicating that sexually diagnostic traits differ between populations across time and space. Nonetheless, they suggest that, for ancient populations with large sample sizes, the statistical methods used in this study may be able to differentiate male and female remains.

Cavazzuti adds: “This is a new method for supporting the sex determination of human cremated remains in antiquity. Easy, replicable, reliable.”

In your coverage please use this URL to provide access to the freely available article in PLOS ONE: http://journals.plos.org/plosone/article?id=10.1371/journal.pone.0209423

Funding: This work was supported by H2020 Marie Sk?odowska-Curie Actions “Ex-SPACE”, Exploring Social permeability of Ancient Communities of Europe grant no. 702930 to CC. The funder had no role in study design, data collection and analysis, decision to publish, or preparation of the manuscript.

Scienmag Mar 22, 2019
Updating the 2013 edition, the new release describes important changes that have since been implemented in the…

The smell of food controls cellular recycling and affects life…