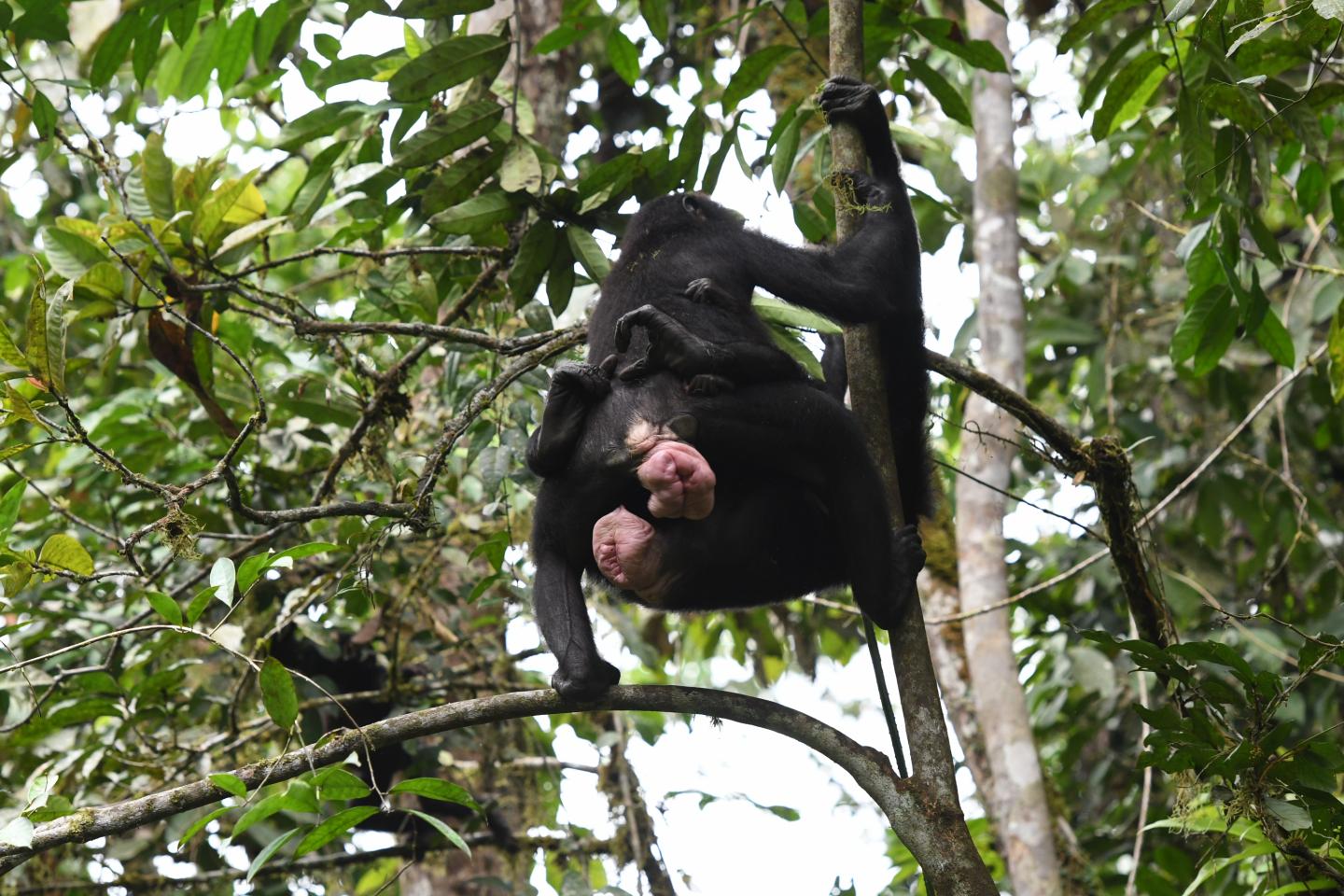 Among our two closest phylogenetic relatives, chimpanzees remain by far the more thoroughly-studied and widely-recognized species, known for their high levels of cooperation especially among males, which includes sharing food, supporting each other in aggressive conflicts and defending their territories against other communities. In contrast, insights into the social dynamics of wild bonobos are available from only a small number of long-term field sites, and bonobos are probably best known for their diverse sexual behavior, which together with their proposed peacefulness between communities and co-dominance between the sexes, has led to their nickname as the ‘hippie apes’.

The stereotype of bonobos as hyper-sexual is an over-simplification, but it does capture a fascinating aspect of bonobo social behavior. Bonobos are one of the few species in which all adult members of one sex engage in habitual same-sex sexual interactions that occur at similar or even greater frequencies as opposite-sex interactions. In the wild, all adult females perform same-sex genital contacts, known as genito-genital rubbing (or GG-rubbing) on a regular basis with many other females in their community. In contrast, male bonobos rarely engage in same-sex sexual behavior. There are several theories to explain the function of same-sex sexual behavior in bonobos, including as a way to reduce social tension, prevent aggression or form social bonds. However, none of these theories can explain why such behavior occurs so frequently only among females.

To clarify why same-sex sexual behavior is so important specifically for female bonobos, we collected behavioral and hormonal data for over a year from all adult members of a habituated bonobo community at the long-term LuiKotale field site in the Democratic Republic of Congo. In addition to our focus on sexual interactions, we identified preferred partners for other social activities such as giving support in conflicts. We also collected urine to measure the hormone oxytocin, which is released in the body in other species after friendly social interactions, including sex and helps to promote cooperation.

We found that in competitive situations, females preferred to have sex with other females rather than with males. After sex, females often remained closer to each other than did mixed sex pairs, and females had measurable increases in urinary oxytocin following sex with females, but not following sex with males. Among same-sex and opposite-sex pairs, individuals who had more sex also supported each other more often in conflicts, but the majority of these coalitions were formed among females. “It may be that a greater motivation for cooperation among females, mediated physiologically by oxytocin, is the key to understanding how females attain high dominance ranks in bonobo society”, explained co-lead author Martin Surbeck, a researcher at the Max Planck Institute for Evolutionary Anthropology and Harvard University.

For humans as well, alliances between members of the same sex provide many benefits, including mutual social support and sharing of resources. There is also historical and cross-cultural evidence that such alliances are often reinforced through sexual interactions. “While it is important to not equate human homosexuality with same-sex sexual behavior in animals”, cautions co-lead author Liza Moscovice, a researcher at the Leibniz Institute for Farm Animal Biology, “our study suggests that in both humans and a close phylogenetic relative, the evolution of same-sex sexual behavior may have provided new pathways to promote high levels of cooperation.”