Biodiversity supports everything in nature that we need to survive, including our food and clean water. From the plants, animals, insects, fungi to bacteria, biodiversity creates the intricate ecosystems we rely on. 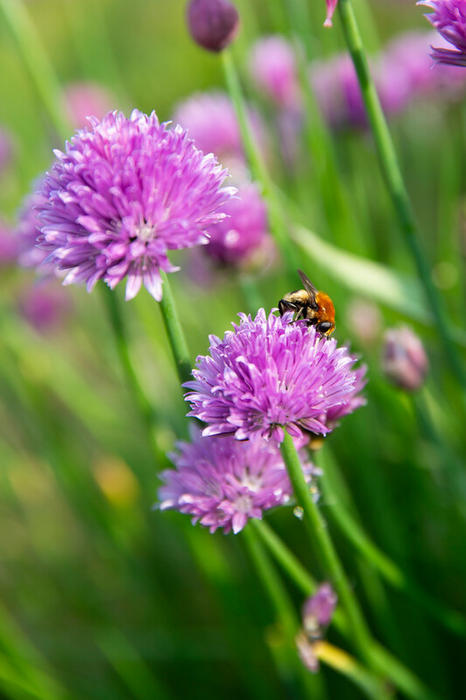 Biodiversity supports everything in nature that we need to survive, including our food and clean water. From the plants, animals, insects, fungi to bacteria, biodiversity creates the intricate ecosystems we rely on.

Seven new interdisciplinary studies announced today will improve our understanding the significant economic value of biodiversity and how it underpins our economy. This will enable us to better manage our natural environment by directing investment to restore and conserve this vital natural resource.

Though the UK has more than 70,000 species of animals, plants, fungi and micro-organisms, research has shown that we are also one of the world’s most nature depleted countries. The studies have received a share of £6.4 million from UK Research and Innovation to study seven key areas.

• inform the development of the world’s first biodiversity credit standards (similar to carbon credits) for valuing biodiversity for market trading and investment.

• test a new international approach to valuing nature using woodland sites in Wales, Helsinki, and Tanzania, as well as exploring how the value of woodland can be integrated into natural capital accounts.

• measure and map the acoustic properties of the UK’s natural soundscapes to better understand the value of nature to human mental health and well-being.

• value biodiversity to urban areas and new developments by understanding its benefits in providing drainage and recreation while reducing pollution, noise and intense heat.

• determine novel and robust economic, ecological and socio-cultural values of marine ecosystems, and embed these values in the co-development of green investment options including nutrient, carbon and biodiversity markets.

• investigate whether ‘virtual labs’ coupled with decision-support frameworks, can help us understand the complex interactions needed to support biodiversity.

• focus on ‘additionality’, a key goal of biodiversity policy stating that any intervention, be it a protected area, a performance-related payment or a biodiversity law, must provide additional biodiversity to what otherwise would have happened.

The studies are all part of UKRI’s Economics of Biodiversity programme and will help to deliver on the recommendations from the Government’s Dasgupta Review. The review found that values of biodiversity must be fully accounted for in economic and financial decision making to support nature recovery and halt biodiversity loss.

Professor Sir Duncan Wingham, Executive Chair of NERC, said: “The Economics of Biodiversity programme will address critical gaps in our understanding of the economic and societal value and benefits of biodiversity.

“As governments work to tackle climate change and biodiversity loss at the COP27 climate conference and the forthcoming COP15 biodiversity conference, these UKRI-funded projects will support increased investment and improve management of biodiversity. They will help us protect our natural environment and Earth’s carefully balanced ecosystems.”

The projects form a major part of UKRI’s Economics of Biodiversity programme. The programme also supported nine rapid research synthesis projects that produced summary reports of their findings. An open programme information sharing webinar of the new awarded research projects and recently completed synthesis projects will be held on 8 November 2022 and a recording will be available after the event on the programme webpage.

This project will do research that is needed to underpin the world’s first biodiversity credit standards – standards for assigning investable and tradeable economic value to biodiversity. Biodiversity credits are quite similar to carbon credits. Scientists in the project will field-test methods to quantify biodiversity of pieces of land or sea to enable the creation of biodiversity credits. They will use key indicators, such as the health of the vegetation and the numbers and abundances of species of birds and invertebrates to measure the biodiversity. In addition, market experts will user-test the tools and processes for the credit standard. Biodiversity credits benefit landowners by enabling them to seek investment in rewilding and other biodiversity projects, organisations that are seeking to offset their impact on the environment from their economic activity, and people seeking to invest in nature. Field sites: Knepp Farm in Sussex and Attenborough Nature Reserve in Nottingham.

In July, 139 countries including the UK agreed a common approach to understanding the multiple ways people value nature and methods to embed these values into political and economic decision making. The NAVIGATE project will, for the first time, use this IPBES Value Assessment approach to assess four areas of the UK, Finland and Tanzania, as test cases. The field sites will be: • Welsh Woodland Trust forest in Neath, Wales, where woodland will be valued for its impact to reduce flooding, carbon storage and improving community wellbeing. • UK National Forest, where scientists will value the benefits of woodland ecosystem services • Helsinki, Finland, which is one of the greenest cities in the world. Scientists will evaluation the benefits of trees and green spaces • Tanzania, where scientists will value the sustainably managed savannah woodland

Bird song provides the soundtrack to time spent outdoors and plays a key role in our experience of nature. The team will combine UK Breeding Bird Survey data with recordings of birds from the Xeno-Canto sound database to reconstruct natural soundscapes in different habitats and times across the UK. Spatial variation in the acoustic properties of these soundscapes will be measured and mapped. Environmental psychologists will examine which acoustic properties convey benefits to human health and determine how noise pollution can reduce these benefits. These findings will be combined with indicators of mental health and data on antidepressant prescription rates across the UK to value the contribution of biodiversity to human mental health

Marine biodiversity provides a host of benefits including providing a source of food, capturing carbon, extracting phosphorus and nitrogen waste, providing jobs and being fundamental to our wellbeing. The aim of the project is to determine the pluralistic values of marine ecosystems, this includes economic values but also ecological and socio-cultural values, and explores precisely who benefits from marine biodiversity and who is affected when these values change The determined values be applied in the Natural Capital Accounts and also in setting up green investment schemes such as carbon, nutrient and biodiversity markets and/or Payments for Ecosystem Services schemes. Research is focussed on two field sites: The Solent in Southern England, and the Moray Firth in Scotland. At these sites communities and organisations will be engaged in mapping values and tradeoffs, and in co-developing green investments to maintain and enhance marine biodiversity. The lessons learned from these sites will be shared with coastal partnerships through a series of training exercises, enabling dissemination of best practice across the UK and beyond. The project will also undertake a range of activities to train upcoming professionals in the valuation of biodiversity, transforming the future UK capability in this critical area.

The overall aim of the project is to investigate how to support transparent and accountable decision-making around biodiversity, using recent developments in digital research infrastructure. Scientists leading this project plan to investigate whether virtual labs coupled with decision-support frameworks provide the necessary support to understand the ecosystems and support informed policy development and organisational decision-making needed in order to manage biodiversity. Scientists will use this framework to test ideas from environmental accounting, ecosystem services and natural capital, and systems thinking approaches more generally. These overall aims are: – Determine the best approaches to support good decision-making around biodiversity – Test those ideas within a virtual lab forum – Design a decision-making framework to enhance accountability and trustworthiness

The UK Government’s Nature Positive 2030 report recommends businesses, organisations, cities, and local authorities adopt targets to become Nature Positive. Urbanisation and densification have resulted in environmental degradation and severe habitat fragmentation in towns and cities. Biodiversity may benefit other ecosystem services, such as sustainable drainage, outdoor recreation, and noise and heat attenuation, yet the economic value of biodiversity is undercounted in existing planning tools. This project will engage with decision makers and stakeholders, to help inform practical, wellgrounded tools and guidance assess the economic value of urban biodiversity.

The project’s aim is to understand the economic and ecological determinants of what makes interventions in biodiversity successful. The project aims to use this information to provide guidance, evidence and tools for people deciding on investments and policymaking around biodiversity. These include government policy; central banks; financial institutions. Researchers will evaluate the potential of Nature-Based solutions to climate change, their contribution to biodiversity. They will investigate the potential for biodiversity to be priced using a target compatible, costbased pricing method, illustrating the economy-ecology trade-offs that are required to meet societal targets for biodiversity to be consistently evaluated. Scientists will also assess the Amazon rainforest, in particular Bolivia and Indonesia. The project will create an online platform for evaluating nature-based solutions for climate change, and help the UK prioritise approaches to meeting its commitments to global biodiversity and net-zero.