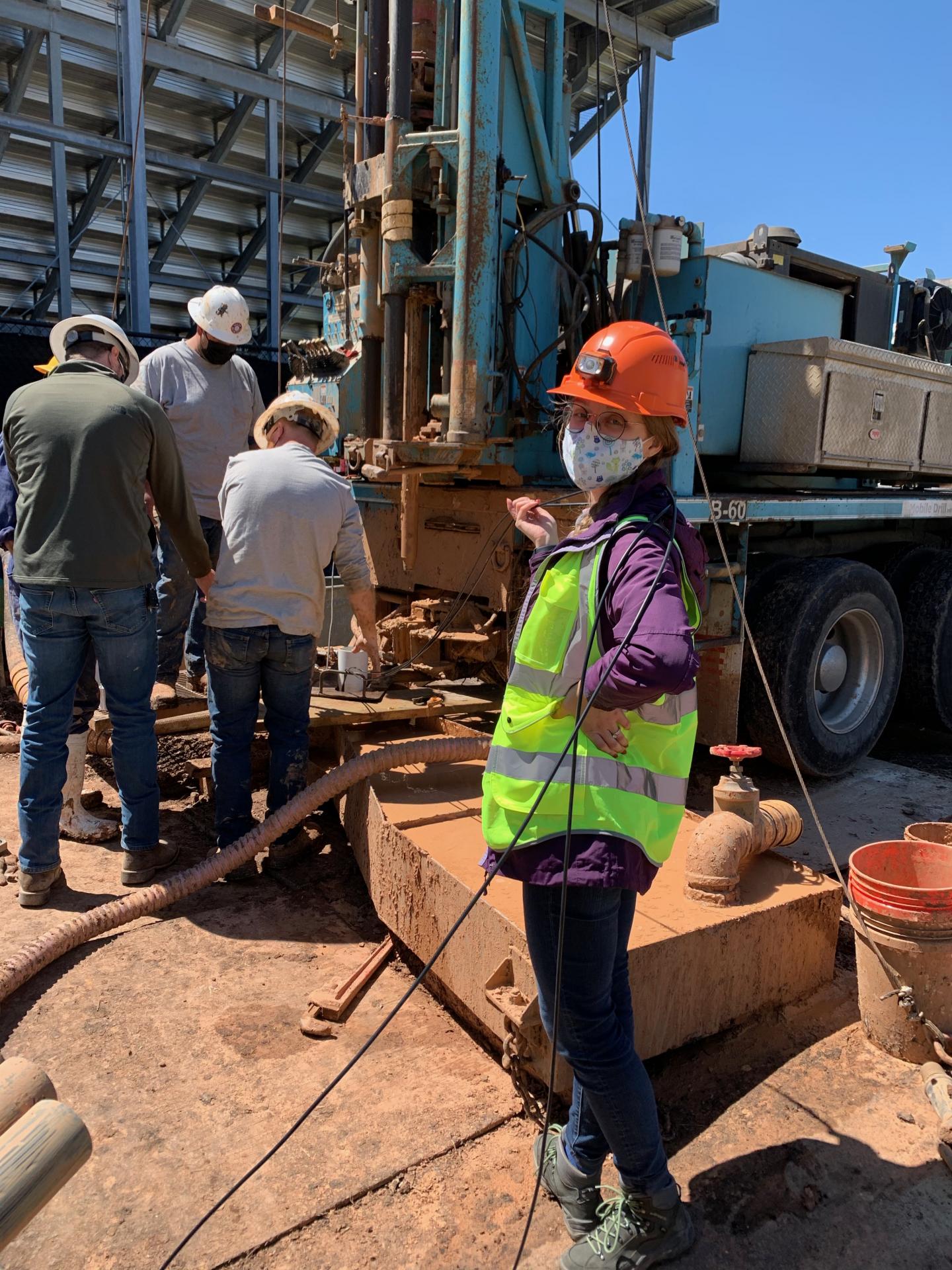 HOUSTON – (June 17, 2021) – Rice University geoscientists and their colleagues will develop sophisticated fiber-optic sensors and seismic sources to find and evaluate small faults deep underground at sites that store carbon dioxide (CO2) to keep it out of the atmosphere.

The Department of Energy has awarded Rice geoscientist Jonathan Ajo-Franklin $1.2 million to adapt his lab’s distributed acoustic sensing (DAS) method to monitor storage sites where reactivation of small faults could allow leakage into adjacent groundwater or the atmosphere. The project is part of $4 million in grants announced in late May to enhance the safety and security of CO2 storage.

Capturing CO2 and sequestering it underground, often in former oil and gas reservoirs, is seen as a way to bring the nation closer to its goal of net-zero carbon emissions by 2050.

“Moving forward, we need to focus on reducing emissions, even while fossil fuels are still part of the mix,” Ajo-Franklin said. “Geologic carbon storage has always been viewed as a stopgap solution during the energy transition, but if we can delay emissions for hundreds to thousands of years by keeping it underground, that’s a win.”

The sensors would provide better resolution of seismic property changes at a lower cost than current techniques, Ajo-Franklin said. Distributing multiple sensors at an installation would enable the detection of mechanical changes in the rock that could impact a reservoir.

“Surface seismology is actually pretty good at finding faults in sedimentary systems,” he said. “That’s what a lot of oil and gas exploration is built around. We’re trying to understand what it looks like if you pressurize a small fault and cause flow along it. To do a good study, we need to reactivate a fault.”

The Rice team is well ahead of the game, with plans to test the ability of DAS to detect small seismic ruptures at an underground geological laboratory in Switzerland. “Mont Terri has an easily accessible fault within a shale formation that we can pressurize with CO2 and image a rupturing fault patch as it slips in a controlled way.”

Building on his research at the Lawrence Berkeley National Laboratory, where researchers employed undersea telecommunication cable to measure earthquakes for a study in Science, Ajo-Franklin and his group have also drilled three instrumented wells in an out-of-the-way spot on the Rice campus for long-duration tests of their instruments and how they compare to more traditional seismic sensors called geophones.

Ajo-Franklin said federal tax credits enacted in recent years have made carbon sequestration more viable, especially at sites with what he called “clean CO2 streams” that need little processing before injecting back into the ground.

“Until very recently, there wasn’t a reasonable tax or other monetary incentive for companies to do capture and injection,” he said. “They’re not going to do it for free, because the capital investments are very large.”

He noted CO2 storage could become big business in Texas, where tapped-out reservoirs abound. “Luckily, there are plenty of reservoirs on the Gulf Coast that have already been explored for oil and gas production and are very permeable,” he said.

This news release can be found online at https://news.rice.edu/2021/06/17/seismic-study-will-help-keep-carbon-underground/

Rice University geoscientist Jonathan Ajo-Franklin and his group have drilled three wells in an out-of-the-way spot on campus for long-duration tests of their fiber-optic instruments. Ajo-Franklin is leading a project funded by the Department of Energy to find and evaluate small faults deep underground at sites that store carbon dioxide (CO2) to keep it out of the atmosphere. (Credit: Jeff Fitlow/Rice University)