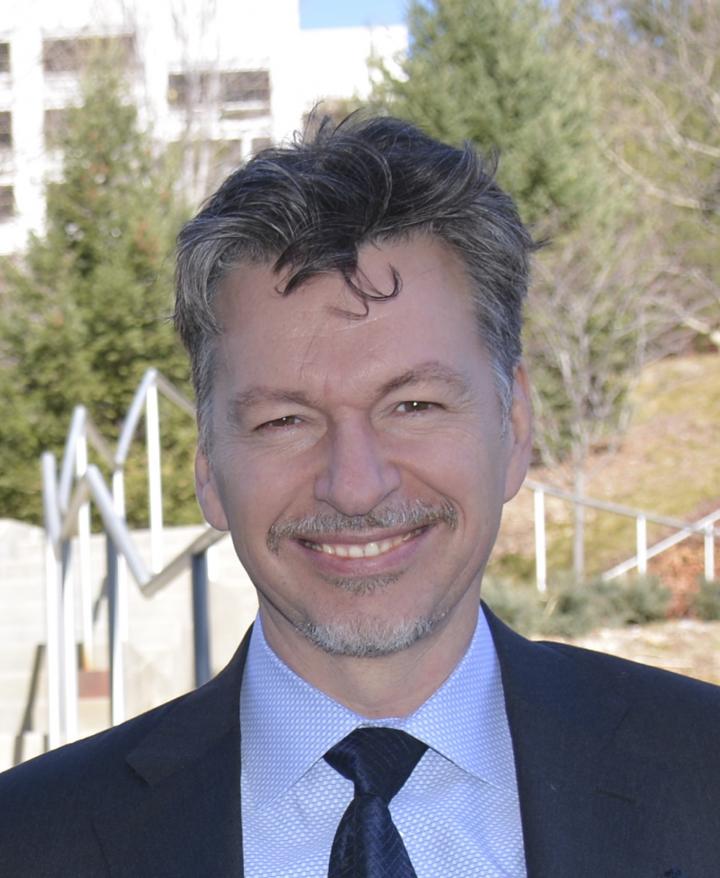 PITTSBURGH, May 19, 2019 – Reversibly paralyzing and heavily sedating hospitalized patients with severe breathing problems do not improve outcomes in most cases, according to a National Institutes of Health-sponsored clinical trial conducted at dozens of North American hospitals and led by clinician-scientists at the University of Pittsburgh and University of Colorado schools of medicine.

The trial–which was stopped early due to futility–settles a long-standing debate in the critical care medicine community about whether it is better to paralyze and sedate patients in acute respiratory distress to aid mechanical ventilation or avoid heavy sedation to improve recovery. The results, presented today at the American Thoracic Society’s Annual Meeting, will be published in the Thursday issue of the New England Journal of Medicine.

“It’s been a conundrum–on the one hand, really well-done studies have shown that temporarily paralyzing the patient to improve mechanical breathing saves lives. But you can’t paralyze without heavy sedation, and studies also show heavy sedation results in worse recovery. You can’t have both–so what’s a clinician to do?” said senior author Derek Angus, M.D., M.P.H., who holds the Mitchell P. Fink Endowed Chair of the Pitt School of Medicine’s Department of Critical Care Medicine. “Our trial finally settles it–light sedation with intermittent, short-term paralysis if necessary is as good as deep sedation with continuous paralysis.”

The Re-evaluation Of Systemic Early neuromuscular blockade (ROSE) trial is the first of the new National Heart, Lung, and Blood Institute’s (NHLBI) Prevention & Early Treatment of Acute Lung Injury (PETAL) Network. PETAL develops and conducts randomized controlled clinical trials to prevent or treat patients who have, or who are at risk for, acute lung injury or acute respiratory distress syndrome. The trial network places particular emphasis on early detection by requiring every network member institute include both critical care and emergency medicine, acute care or trauma principal investigators to ensure that critical health issues are recognized and triaged as fast as possible to improve patients’ odds of recovery before they are even transferred to the intensive care unit.

From January 2016 through April 2018, 1,006 patients at 48 U.S. and Canadian hospitals were enrolled in ROSE within hours after onset of moderate-to-severe acute respiratory distress syndrome. Half were given a 48-hour continuous neuromuscular blockade–a medication that paralyzes them–along with heavy sedation because it is traumatizing to be paralyzed while conscious. The other half were given light sedation, and the clinician had the option of giving a small dose of neuromuscular blockade that would wear off in under an hour to ease respiratory intubation.

“This is the kind of important question that the PETAL network was designed to answer efficiently,” said James Kiley, Ph.D., director of the Division of Lung Diseases at the NHLBI. “These results will help practicing clinicians make decisions early on in the care of their patients with acute respiratory distress syndrome.”

The trial was needed because a French trial found in 2010 that neuromuscular blockade reduced mortality. However, in that trial all participants were heavily sedated, regardless of whether they received the neuromuscular blockade or not. In recent years, particularly in North America, clinicians have trended away from heavy sedation, which is associated with cardiovascular complications, delirium and increased difficulty weaning patients from mechanical ventilation.

In the ROSE trial, the patients who received the neuromuscular blockade and sedation developed more cardiovascular issues while in the hospital, but there were no significant differences in mortality between the two groups three, six or 12 months later, said David Huang, M.D., M.P.H., who oversaw clinical implementation of the trial and is an associate professor of critical care and emergency medicine at Pitt’s School of Medicine.

“Due to the exceptional work of our research coordinators, the study completed enrollment ahead of schedule, a rarity in multicenter clinical trials,” said lead author Marc Moss, M.D., The Roger S. Mitchell Professor of Medicine and head of the Division of Pulmonary Sciences and Critical Care Medicine at the University of Colorado’s Department of Medicine. “Therefore, these important findings are available to health care providers sooner and should result in more rapid implementation of enhanced care for our patients.”

Angus, who also directs Pitt’s Clinical Research, Investigation, and Systems Modeling of Acute Illness (CRISMA) Center, said the trial results make him confident when he says that avoiding paralysis and deep sedation is the best practice for most patients hospitalized with breathing problems. However, he notes that future trials will be needed to tease out whether there is a subpopulation of patients with acute respiratory distress syndrome who still benefit from neuromuscular blockade.

To read this release online or share it, visit http://www.upmc.com/media/news/051919-angus-moss-sedation [when embargo lifts].

The largest academic health center in the Rocky Mountain region, the University of Colorado Anschutz Medical Campus is a world-class medical destination at the forefront of transformative science, medicine, education, and healthcare. The campus encompasses the University of Colorado health professional schools, numerous centers and institutes, and two nationally ranked hospitals that treat more than 2 million adult and pediatric patients each year. Innovative, interconnected and highly collaborative, together we deliver life-changing treatments, patient care, and professional training, and conduct world-renowned research powered by more than $500 million in research awards.