Secure quantum communications in the microwave range for the first time

UPV/EHU participation in an experiment that may revolutionize the field of secure communications, published in Nature Communications 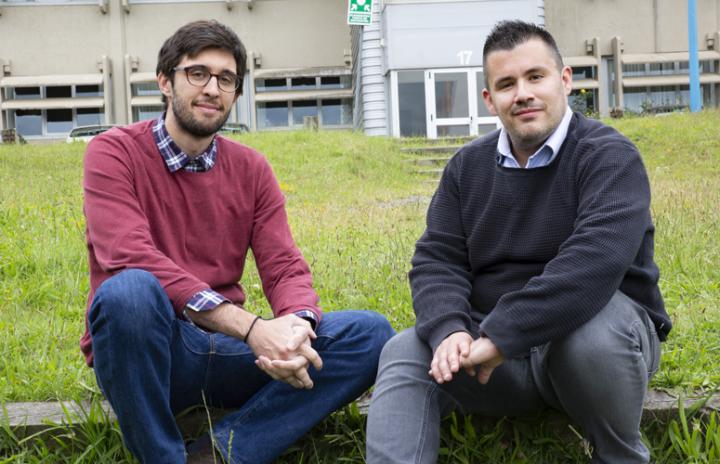 Within the greater European project of the Quantum Flagship, spearheaded by Mikel Sanz – researcher of the QUTIS Group of the UPV/EHU Physical Chemistry Department – an experiment has been conducted in collaboration with German and Japanese researchers who have managed to develop a protocol for preparing a remote quantum state while conducting communication in the microwave regime, “which is the frequency at which all quantum computers operate. This is the first time the possibility of doing so in this range has been examined, which may bring about a revolution in the next few years in the field of secure quantum communication and quantum microwave radars”, lead researcher in this project Mikel Sanz observes.

The preparation of a remote quantum state (known as remote state preparation) is based on the phenomenon of quantum entanglement, where sets of entangled particles lose their individuality and behave as single entities, even when spatially separated. “Thus, if two computers share this quantum correlation, performing operations on only one of them can affect the other. Absolutely secure communication can be achieved”, Sanz explains.

Studies on this remote quantum state preparation protocol began some 20 years ago, but to date, communication had always been made over waves of the visible range. “This is because work in this range can be done at room temperature, since the thermal radiation from bodies, through the mere fact of being at room temperature, is extremely low in the optic range, so that interferences barely exist in such communication” –the researcher explains. “However, in the microwave regime, billions, trillions of photons at room temperature are generated, which destroy quantum properties, so that to avoid all that interference, these experiments must be done at near-absolute zero temperatures (0.05 Kelvin), to limit the radiation from bodies to the maximum and make communication effective”.

After considerable work on developing this technology in order to perform the experiments, the team managed to prepare a remote quantum state over a distance of 35 centimetres. “This has served as a concept test, also known as proof of principle, a first step towards knowing that it is possible to continue developing this technology. However, we believe this is a very important first step that can bring about a revolution over the next decade”, Dr. Sanz underscores.

The researcher points out two fields where this revolution could take place: “on the one hand, quantum communication or cryptography, since this would be absolutely secure, and not having to change the frequency to the optic range (as it is done nowadays) would prevent many losses in this communication. And on the other hand, ultra-accurate quantum metrology and quantum radars. The different radar applications are based on object detection, and this detection is done in microwave; and since there are devices like drones that are increasingly growing smaller, radars are required to have increasingly greater capacity for detecting them, in order to know where they are. The technology we are developing can help considerably in this regard”.

These and many other applications that this technology is capable of cannot be conceived under temperatures as low as those in which it operates currently, so that “one of the project objectives is to attempt to make this technology work at room temperature. In the end, what we seek is to bring this technology to commercial products”, Sanz concludes.

The consortium participating in this experiment is composed of researchers from the UPV/EHU, the German Walther-Meißner-Institut and University of Tokyo (Japan). From the UPV/EHU Physical Chemistry Department QUTIS Group, apart from Mikel Sanz, who spearheads the theoretical group, Adrián Parra and Ikerbasque Professor Enrique Solano have also taken part.