Second year of pandemic deadlier for middle aged than the first, analysis finds

CHAMPAIGN, Ill. — The first two years of the COVID-19 pandemic saw an increase in mortality rates, both from COVID-19 and other causes, but the groups hardest hit shifted between the first and second years, according to an analysis of publicly available data. 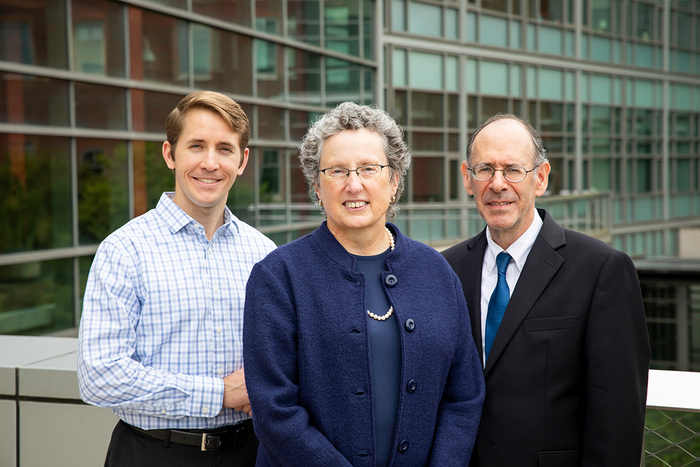 CHAMPAIGN, Ill. — The first two years of the COVID-19 pandemic saw an increase in mortality rates, both from COVID-19 and other causes, but the groups hardest hit shifted between the first and second years, according to an analysis of publicly available data.

Both years saw an increase in deaths over the five years preceding the pandemic, even with COVID-19 numbers removed. But while the first year was most deadly for those over age 65, the second year hit middle-aged adults the hardest, University of Illinois Urbana-Champaign researchers found. Graduate student Ian Ludden, computer science professor Sheldon H. Jacobson and Janet A. Jokela, the interim executive associate dean of the Carle Illinois College of Medicine, published their findings in the journal Health Care Management Science.

“If the pandemic had not hit, many of those people, potentially, would still be alive today – not only because of COVID-19 deaths, but as a consequence of the changes that transformed society and resulted in people dying prematurely,” said Jacobson, a data scientist who also is affiliated with the Carle Illinois College of Medicine. “So the question is, what can we do better in the future?”

The new study builds on an analysis Jacobson and Jokela published in 2021 focusing on excess deaths during the first year of the pandemic. The new study gives insights into the trends in death rates among various demographic groups year to year, according to data from the Centers for Disease Control and Prevention, Ludden said.

“The big trends that we see are that the second year, from April 2021 through March 2022, was harder on the middle-aged subgroups, while deaths declined for the elderly,” he said.

The drop in deaths among the highest-aged groups can partly be attributed to displaced deaths – the phenomenon of deaths happening earlier than they statistically would have, so they can’t occur again later. However, data also provide evidence that higher vaccination rates among the elderly beginning in the second year of the pandemic reduced mortality among them, Ludden said. “This underscores the importance of vaccination as a preventative measure,” he said.

For the second-year surge in death numbers among the middle age brackets, with the biggest increase in mortality among both males and females aged 25 to 54, the researchers pointed to several likely contributing factors.

“We know that the delta variant was surging at that time, and that seemed to impact the middle and younger age groups more profoundly than they had been before,” Jokela said. “We also know, from other studies, that preventive care decreased during the pandemic.”

While other researchers and public health experts also have suggested the increase in non-COVID-19 deaths could be the ripple effects of delaying routine wellness checks, management of chronic conditions, cancer screenings and mental health care, public health officials and health care providers have little ability to address the problem or to see how far the ripples spread without real-time data available on non-COVID-19 causes of death, the researchers said.

“We’ve struggled with having data to inform decision-making, and it’s simply because the infrastructure doesn’t support the collection and reporting of data in a timely manner. It means that we’re basically walking in fog and trying to make decisions with incomplete information,” Jacobson said.

The researchers plan to continue to analyze data and follow ongoing trends in mortality, to see whether displacement effects among the middle-aged and elderly groupings impact mortality in the next few years and how long it takes to return to the pre-pandemic statistical baseline. They also hope to analyze more cause-of-death data as the CDC releases it in coming years.

“This analysis is in many ways, an urgent call to support public health infrastructure so that we can respond better and in a more informed way,” Jokela said. “It’s critically important that we learn from our experiences. We need to explore what happened here and put that information to good use so that public health officials, clinicians, health care leaders and others can make the most informed decisions going forward.”

The authors have no competing interests to declare that are relevant to the content of this article.