Second Edition of the Classic Handbook of Satisfiability just published 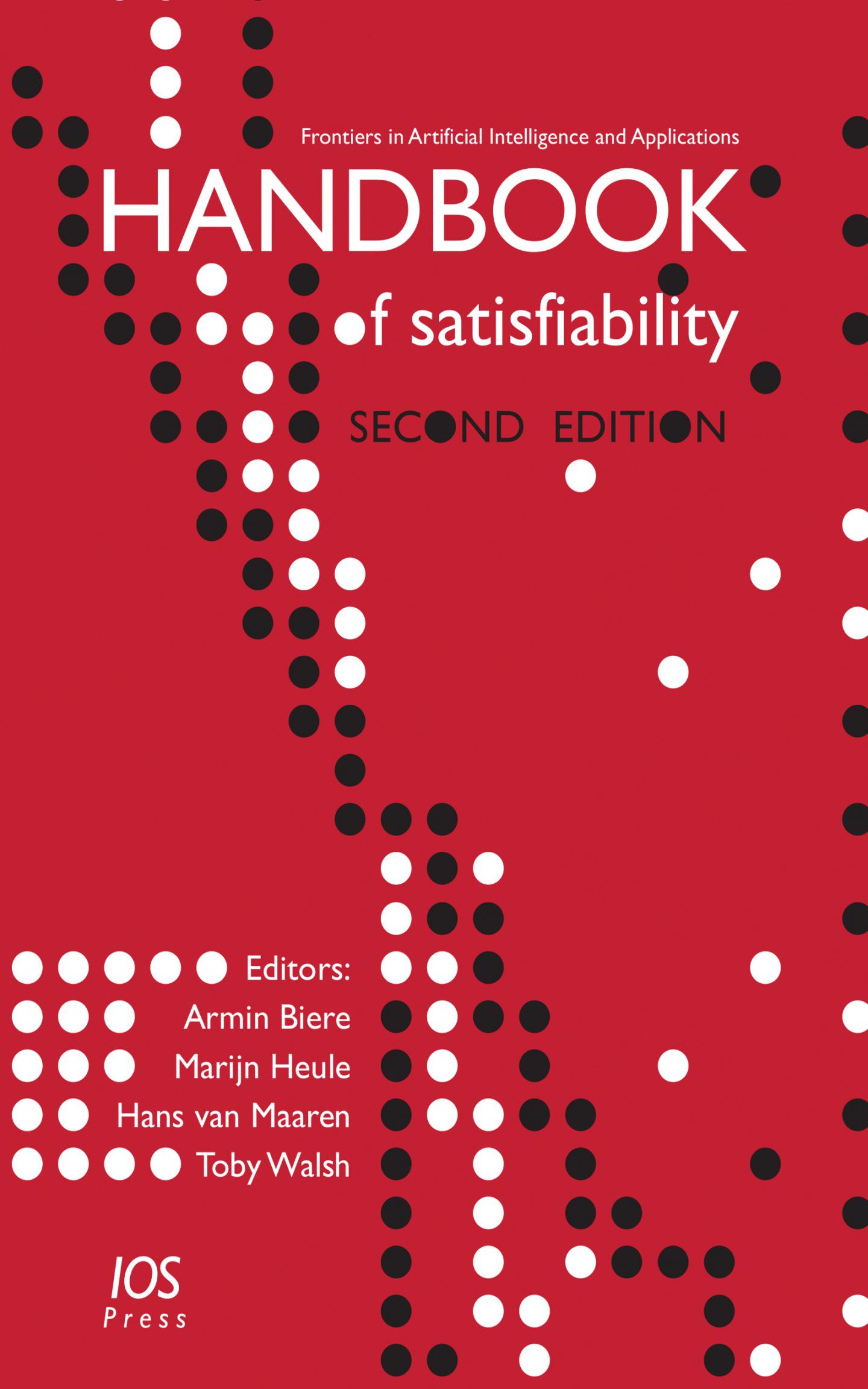 Amsterdam, March 8, 2021 – IOS Press is pleased to announce the publication of the second edition of the classic Handbook of Satisfiability. Originally published in 2009 and part of the Frontiers in Artificial Intelligence and Applications series, the handbook has been thoroughly updated and revised. It succeeds in capturing the full breadth and depth of satisfiability (SAT), bringing together significant progress and advances in automated solving.

Propositional logic has been recognized throughout the centuries as one of the cornerstones of reasoning in philosophy and mathematics. Over time, its formalization into Boolean algebra was accompanied by the recognition that a wide range of combinatorial problems can be expressed as propositional SAT problems. Because of this dual role, SAT developed into a mature, multifaceted scientific discipline, and from the earliest days of computing, a search was underway to discover how to solve SAT problems in an automated fashion.

“When the first edition of this handbook was published in 2009, advances in SAT were mostly only known to experts, and SAT was seen as a key technology only in certain applications,” explain the editors. “Since then, the number of practical applications has exploded, along with greater awareness of the usefulness of SAT in general. Relying on the continuing improvements made in practical SAT solving, it is now widely accepted that being able to encode a problem into SAT also is highly likely to lead to a practical solution. This ‘SAT Revolution’ started at the end of the last century and continues to produce amazing new practical and theoretical results.”

Available in print and electronic versions, the second edition of the handbook spans practical and theoretical research on SAT and its applications and includes search algorithms, heuristics, analysis of algorithms, hard instances, randomized formulae, problem encodings, industrial applications, solvers, simplifiers, tools, case studies and empirical results. SAT is interpreted in a broad sense, so as well as propositional SAT, there are chapters covering the domain of quantified Boolean formulae (QBF), constraints programming techniques (CSP) for word-level problems and their propositional encoding, and satisfiability modulo theories (SMT). An extensive bibliography completes each chapter.

Additionally, new chapters cover proofs of unsatisfiability, one of the main recent developments in practical SAT solving, which are essential in solving long-standing mathematical problems, as well as new aspects and new technology contributed by authors who made fundamental contributions to change the state of the art. Featured are developments regarding quantified Boolean formulas including the discussion of proof systems; core-based methods for maximum satisfiability that have improved scalability considerably; and a novel research direction on practical and approximate model counting with strong statistical guarantees.

According to Donald Knuth, PhD, professor emeritus, Stanford University, computer science pioneer, and recipient of the 1974 ACM Turing Award, “SAT is evidently a killer app, because it is key to the solution of so many other problems.”