Searching for the unique genes of a unique hare

Researchers at the University of Eastern Finland, in collaboration with colleagues from the Swedish University of Agricultural Sciences (SLU, Sveriges lantbruksuniversitet), have published seven draft genomes for Nordic hare species. 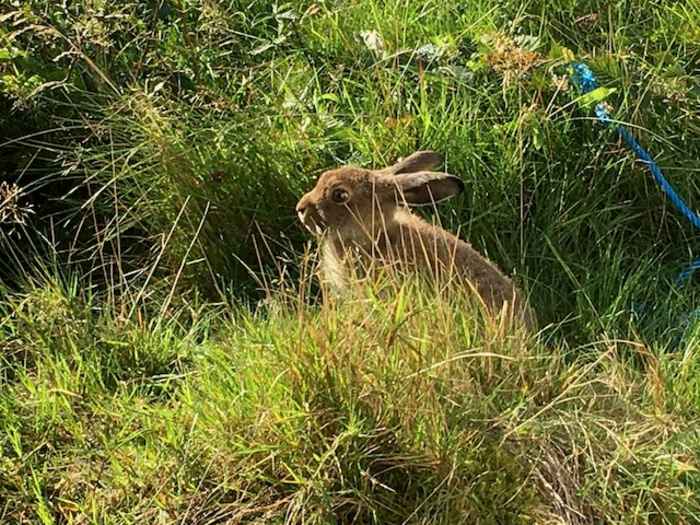 Researchers at the University of Eastern Finland, in collaboration with colleagues from the Swedish University of Agricultural Sciences (SLU, Sveriges lantbruksuniversitet), have published seven draft genomes for Nordic hare species.

The genomes include three heath hares (Lepus timidus sylvaticus), a subspecies of the mountain hare (Lepus timidus) that is unique to southern Scandinavia and western Estonia. Instead of a white winter pelage that is typical of boreal/arctic mountain hares (Lepus timidus timidus), the heath hare has a grey/blue winter pelage. It is generally believed that this form of winter coloration is a specific adaptation to the less reliable snow coverage in southern Scandinavia. The distribution of heath hares overlaps with that of the non-native brown hare, which seem to outcompete heath hares wherever they occur. Together with the threat from land use, this competition has pushed the uniquely adapted mountain hare subspecies at risk of going extinct.

Genomic knowledge helps to understand the genetic basis for traits that are important for specific adaptations and provides information about the evolutionary relationships as well as historical origins of the populations. Therefore, the first whole genome sequences from three heath hares were acquired along with two mountain hares, and two brown hares. Rather surprisingly, the genome of the heath hare differed notably from the nominal mountain hares, despite the thousands of years of coexistence, demonstrating that the subspecies difference is not restricted to local adaptation but represents a unique, old evolutionary divergence. This suggests that the heath hare colonized Scandinavia from the south after the most recent ice age, whereas the contemporary mountain hare probably arrived later from the northeast.

The obtained genome sequences are useful also for screening genetic variation that could be used for investigations of genetic differentiation and local adaptations. Hopefully, these sequence data will provide authorities with tools to assess the status of the unique heath hares and help conservation efforts.