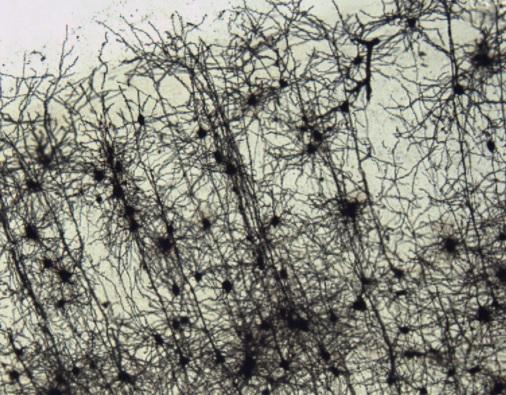 About 40% of the affected patients with Huntington’s disease -a neurodegenerative pathology- show depression symptoms, even in early stages before the apparition of the typical motor symptoms of the disease. An altered function of Cdk5 kinase -an essential enzyme in several cell signalling pathways- could explain the physiopathology of the depressive-like behaviour in Huntington’s disease, according to a pre-clinical study in which the University of Barcelona’s experts Sílvia Ginés, Verónica Brito, Albert Giralt and Jordi Alberch, from the Faculty of Medicine and Health Sciences and the Institute of Neurosciences of the UB (UBNeuro) have taken part.

The new study, published in the journal Biological Psychiatry, sheds light on the design of future pharmacological strategies -based on the modelling of specific molecular pathways- to treat depression in people with Huntington’s disease.

The study, led by the lecturer Silvia Ginés, focuses on the function of Cdk5 kinase, an essential enzyme in the neuronal function. In particular, this kinase is important in the expression, distribution and localization of the NMDA receptor family -essential in the physiology of the nervous system- and the modelling of the synaptic plasticity and learning and memory processes.

Regarding Huntington’s disease, Cdk5 kinase has a complex involvement in the apparition of cognitive dysfunctions -according to previous studies by the research team- since it is able to alter the expression and functionality of these receptors.

The role of Cdk5 in cognition is already known but there is not much known about its potential participation in depression. “Therefore, we considered whether alterations of Cdk5 kinase could be the main cause of depressive phenotypes in Huntington’s”, notes Ginés, member of the Research Group of Physiopathology and Treatment of Neurodegenerative Disorders (UB-IDIBAPS).

New molecular pathways to fight depression in people with Huntington’s

The results of this study showed that in murine models with the disease, Cdk5 shows a higher activity in two brain regions -the nucleus accumbens and the prefrontal cortex- that are associated with anxiety and depression processes. “However, the next step to determine was to figure out how this alteration in Cdk5 could impact these depressive-like processes”, notes Sílvia Ginés, also member of IDIBAPS and the Network Center for Biomedical Research in Neurodegenerative Diseases (CIBERNED).

In this context, the experts wanted to evaluate if a reduction of the function of Cdk5 kinase could have therapeutical benefits in the treatment of depression in Huntington’s. In murine models, the depression phenotype is shown previously to the apparition of the typical cognitive and motor symptoms, that is, before neuronal degeneration.

Conclusions of the new study reveal that hyperfunction of Cdk5 kinase alters the signalling pathway of DARPP-32/β-adducin specifically in the nucleus accumbens brain region. This pathway has a distinguished function in the dopaminergic signalling and stability of dendritic spine cytoskeleton so that it can induce the loss of these compounds.

According to the authors, the molecular pathways related to depressive-like behaviour in Huntington’s disease can be different from the typical major depression. This would explain why conventional anti-depression treatments -collectors of serotonin or monoamine- have little effect or can even worsen motor symptoms in the people with Huntington’s.

Would Cdk5 inhibitors prevent depressive phenotypes from appearing? Since Cdk5 kinase takes part in several cell processes, it would not be useful to use it as a direct therapeutic target. “It would be necessary to avoid unwanted effects in other physiological pathways where this enzyme is active, and this would require defining which molecules the Cdk5 kinase acts on -in a non-functional manner to create the depressive-like phenotype”, comments lecturer Sílvia Ginés.

The origins of the depressive phenotypes in models of Huntington’s disease were so far related to alterations in molecular mechanisms that affected the dopaminergic and serotoninergic systems, the neurogenesis process in the hippocampus and the brain-derived neurotrophic factor. The new study, now published in the journal Biological Psychiatry focuses on the Cdk5 kinase ability to alter the protein DARPP-32 and treats this research from a preventive perspective, that is, the previous stages to the apparition of cognitive degeneration.

“One of the current objectives -notes Sílvia Ginés- is to analyse whether this strategy is also valid once the symptoms come out, and then, see for how long the beneficial effects last. We want to analyse whether preventing the appearance of depressive symptoms has an effect on the appearance of cognitive disorders, either because the latter are lighter, slow or not appearing at all”.

Finding out whether the alteration in Cdk5 kinase affects one of the neuronal sub-populations -with contraposed effects in depression- integrating the nucleus accumbens, the main brain region affected by the Cdk5 altered function, will be another challenge for the research team.

In hot pursuit of dinosaurs: Tracking extinct species on ancient Earth via biogeography