A team of researchers led by the Institut de Ciències del Mar (ICM-CSIC) of Barcelona and the Universitat Autònoma de Barcelona (UAB) has revealed the distribution and mercury degradation capacities of heterotrophic bacteria recovered from different oceanographic regions and depths. All the details of this research are reported in an article published recently in the journal Environmental Science and Technology. 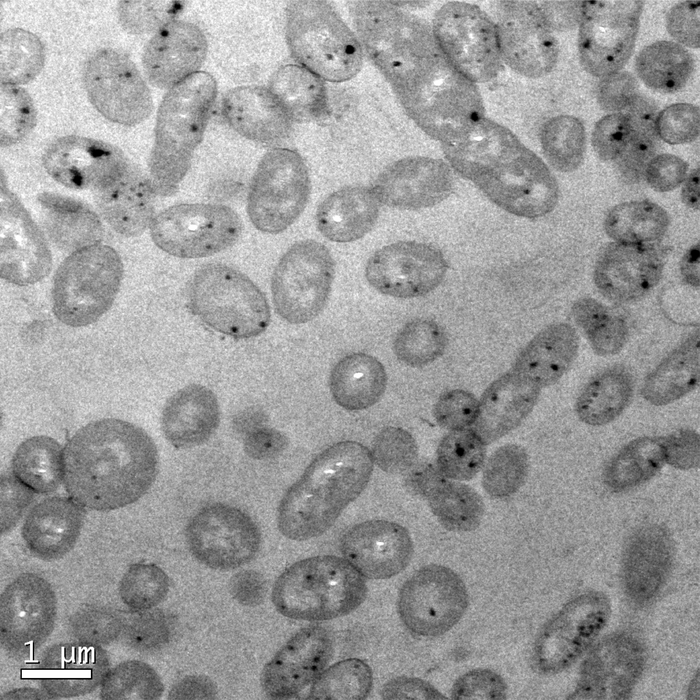 A team of researchers led by the Institut de Ciències del Mar (ICM-CSIC) of Barcelona and the Universitat Autònoma de Barcelona (UAB) has revealed the distribution and mercury degradation capacities of heterotrophic bacteria recovered from different oceanographic regions and depths. All the details of this research are reported in an article published recently in the journal Environmental Science and Technology.

“Until now we had a fragmentary understanding of the diversity of microorganisms involved in mercury degradation, as well as, of their presence, their detoxification capacity and thus their role in the mercury biogeochemical cycle in the ocean”, explains the ICM-CSIC researcher and one of the leading authors of the study Silvia G. Acinas, who adds that the new data are key for furthering in this research line. Also, Acinas points out that, so far very few studies have addressed the detection of mercury degradation genes in the ocean covering different oceanographic regions and depths including the bathypelagic ocean (~4000 m depth).

Methylmercury, among the world’ s most hazardous chemicals

In 2013, over 130 countries signed the Minamata Convention, a global treaty to protect human health and the environment from the adverse effects of mercury. Despite the strong global concern about mercury and, in particular, its organic chemical form monomethylmercury (MeHg), which is one of the top ten chemicals of public health concern, little is known about the fundamental mechanistic understanding of MeHg degradation in the ocean.

That is why researchers decided to focus on the degradation processes of this chemical, for which they analysed a huge culture collection of more than 2000 bacteria retrieved from global circumnavigation expeditions such as Tara Oceans and Malaspina. Moreover, they analysed samples from local surveys in order to cover different oceanographic regions and depths.

In this regard, Isabel Sanz Sáez (ICM-CSIC), the first author of the study, points out that “the use of traditional culture techniques together with “omics” and modern bioinformatic approaches allowed us to obtain a more comprehensive view of the distribution of mercury degradation genes together with the degradation capacities (presence of genes, tolerance and degradation potential) of heterotrophic bacteria that could be cultured in the laboratory. In particular, the combination of these approaches has revealed for the first time that mercury degradation genes are widespread in the ocean”.

Thanks to these analyses, the research team was also able to unveil that the bacteria were potentially active in the global ocean, which implies that they are capable of degrading mercury.

“Describing this metabolic activity, especially in deep-ocean waters, have important implications in the biogeochemical cycle of Hg, as it provides new understanding on the main players driving methylmercury levels in the ocean and can ultimately help to improve current frameworks for marine food webs and human exposure to this contaminant”, states the researcher Andrea G. Bravo (ICM-CSIC), another co-author of the study.

Many of the microorganisms described in this study show great tolerance to mercury toxic forms, as they can tolerate concentrations much higher than the ones naturally found in ocean waters. Among all the species studied, Alteromonas mediterranea stood out as it presented the highest tolerances and it was able to degrade MeHg in 24h, which is a very short period of time.

In this regard, Olga Sánchez, researcher at the Department of Genetics and Microbiology of the UAB and co-leading author of the study, points out that “this is the first time that the tolerance of Alteromonas and Marinobacter species to methylmercury has been characterized”, and adds that “the work has set the basis for designing bioremediation studies where bacteria can be used for degradation of mercury polluted ecosystems such as contaminated marine sediments.”

Finally, the authors agree that future studies should focus on describing the abundance and activity of mercury degradation genes in less explored areas such as polar regions to unveil the environmental factors that promote a higher dispersion of these genes in marine ecosystems.