LA JOLLA, CA—Scientists at La Jolla Institute for Immunology (LJI) have found that people with Parkinson’s disease have a clear “genetic signature” of the disease in their memory T cells. The scientists hope that targeting these genes may open the door to new Parkinson’s treatments and diagnostics. 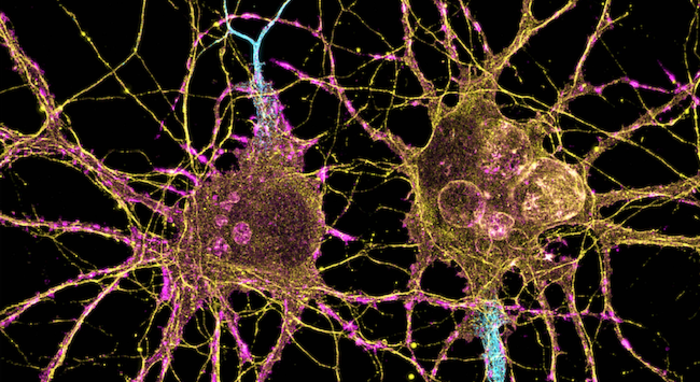 LA JOLLA, CA—Scientists at La Jolla Institute for Immunology (LJI) have found that people with Parkinson’s disease have a clear “genetic signature” of the disease in their memory T cells. The scientists hope that targeting these genes may open the door to new Parkinson’s treatments and diagnostics.

“Parkinson’s disease is not usually seen as an autoimmune disease,” says LJI Research Assistant Professor Cecilia Lindestam Arlehamn, Ph.D. “But all of our work points toward T cells having a role in the disease.”

“Now that we can see what these T cells are doing, we think intervening with antibody therapies could have an impact on the disease progression, especially early on, ” adds LJI Professor Alessandro Sette, Dr.Biol.Sci., who led the work with Lindestam Arlehamn.

This study was published recently in the journal npj Parkinson’s Disease.

A shifting view of Parkinson’s

Parkinson’s progresses as dopamine-producing neurons in the brain die. Unfortunately, scientists have been unable to pinpoint what causes this cell death—though they do have a clue: The doomed neurons contain clumps of a damaged protein called alpha-synuclein.

LJI research suggests these clumps may be the kiss of death for dopamine-producing neurons. Sette and Lindestam Arlehamn recently showed that people with Parkinson’s have T cells that target alpha-synuclein early on in Parkinson’s disease.

The new study offers a way to stop these T cells in their tracks. The LJI team found that people with Parkinson’s disease have memory T cells with a very specific gene signature. These genes appear responsible for targeting alpha-synuclein and potentially causing ongoing inflammation in cases of Parkinson’s.

“Identifying these genes will make it possible to see which patients have T cells that respond to alpha-synuclein and which do not,” says Lindestam Arlehamn.

But many of the genes expressed in these T cells were completely unexpected and not previously linked to Parkinson’s disease. “This finding suggests we found novel targets for potential therapeutics,” says Sette.

The scientists found these genes expressed in blood samples collected at LJI’s John and Susan Major Center for Clinical Investigation and by study collaborators at UC San Diego, Columbia University Irving Medical Center, and the University of Alabama at Birmingham.

The path to new Parkinson’s therapies

Going forward, Lindestam Arlehamn and her collaborators plan to study post-mortem brain samples. This work will confirm whether the same self-reactive T cells found in blood also target neurons in people with Parkinson’s. The team also wants to look for other targets, called antigens, that might be recognized by T cells in individuals with Parkinson’s disease.

To translate this work to new therapies, it will be important for scientists to study how they can activate or inhibit different genes at different stages of Parkinson’s progression.

“We have many avenues now for future research,” says Sette.