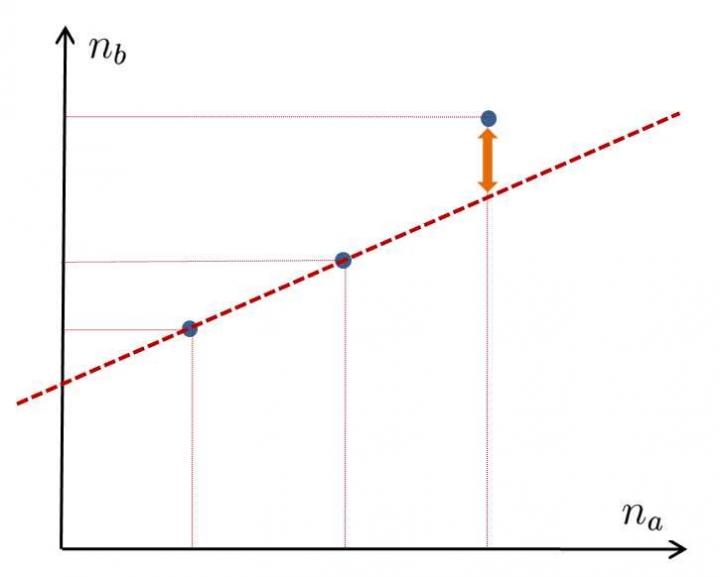 Researchers of Peter the Great St.Petersburg Polytechnic University (SPbPU) in collaboration with colleagues from the Physikalisch Technische Bundesanstalt (PTB) and a number of German scientific organizations, calculated previously unexplored effects in atoms. The results were published in the PHYSICAL REVIEW A, highlighted as an Editor’s Choice article.

For many years, researchers all over the world have been looking for new particles beyond the currently accepted Standard Model of fundamental interactions in physics. Such research is most famously carried out at the Large Hadron Collider. A group of scientists from Russia and Germany is engaged in another approach to this problem based on methods of atomic spectroscopy. Such studies are less resource-intensive, but very promising due to the fact that the accuracy of experiments is higher in atomic physics than in high-energy physics.

SPbPU scientists calculated frequencies of electronic transitions in different isotopes of one element, in this case, argon.

Researchers examined several states of argon ions with four, five, and six electrons. These are optimal electronic configurations.On one hand, they can be reliably calculated, and on the other hand, they are accessible for experiments. Scientists analyzed their results using the King plot, a widely used method for systematic studies of the isotope shifts of two atomic transitions in a chain of isotopes.

Modern theory claims that the King plot should be linear to a very high accuracy. Until recently, possible nonlinear effects were considered much to small to be of any practical interest. Butthe international scientific group calculated thenew effectsand found that the nonlinearities in the King plot are by four orders stronger than was previously expected (at the 10 kHz level). Previously, due to the limitations of the instruments, such effects couldn’t be detected, but a new generation of spectroscopic experiments increases the achievable accuracy by several orders of magnitude, thus making these effects observable. This is an important contribution to science, confirming that generally accepted ideas should to be adjusted.

“If the King plot turns out to be slightly curved, this may be a manifestation of new particles beyond the Standard Model of physics. It is necessary to continue studying these effects in other atoms with a larger number of electrons in order to reduce the influence of calculation errors,”said Vladimir Yerokhin, chief researcher at the Center for Advanced Studies of SPbPU.

In the near future, the theoretical predictions obtained by scientists of St. Petersburg Polytechnic University will be verified experimentally at the Physikalisch Technische Bundesanstalt using the facilities which trap ions in the magnetic and electric fields and investigate them using the quantum logic methods.

“If the experiment is successful, we can obtain restrictions on parameters of the proposed new particle beyond the Standard Model. In addition, such experiments will help to determine whether the fundamental constants change over time, which is of great importance for our understanding of the development of the Universe, “commented Vladimir Yerokhin.