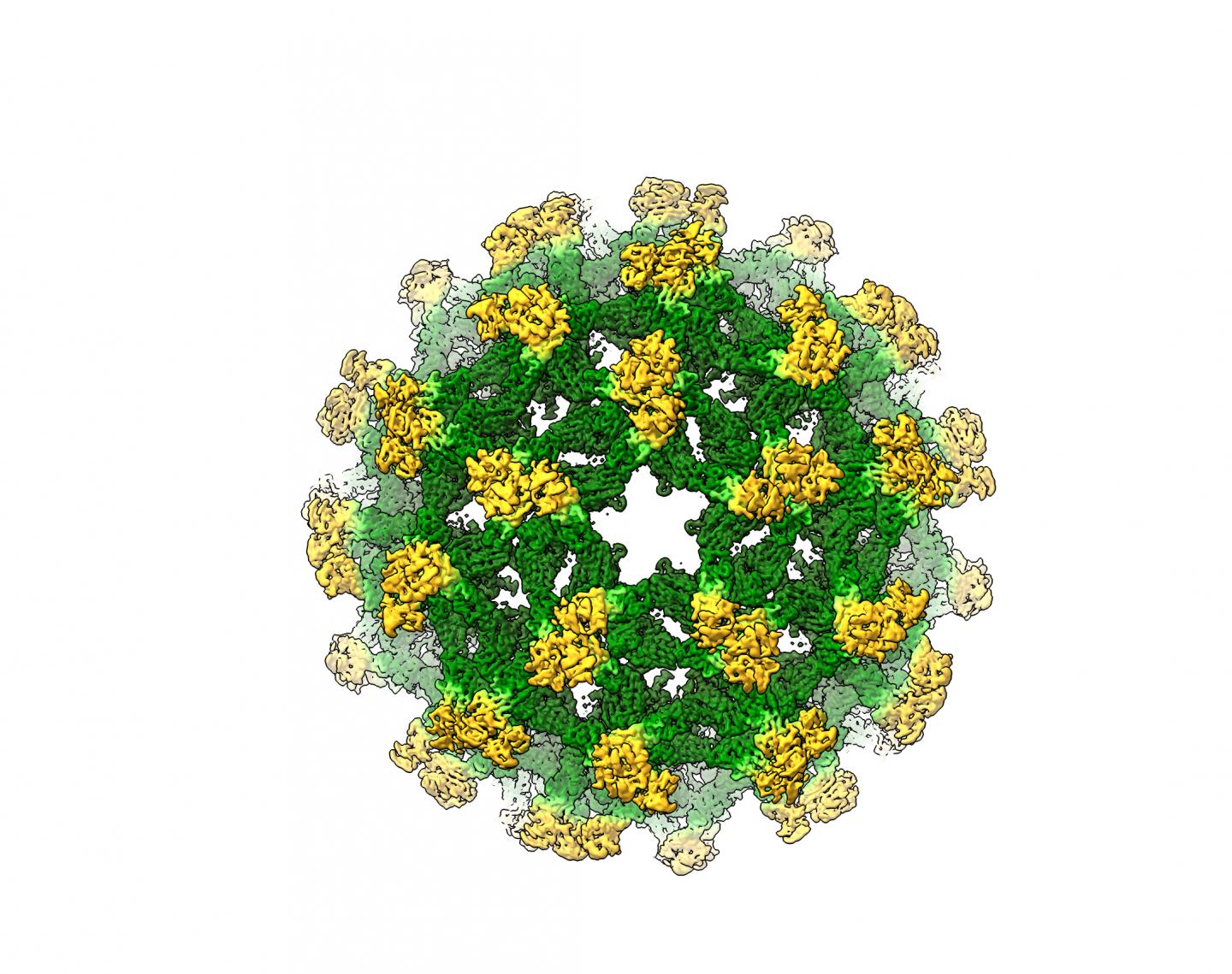 Better designed vaccines for insect-spread viruses like dengue and Zika are likely after researchers discovered models of immature flavivirus particles were originally misinterpreted.

Researchers from The University of Queensland and Monash University have now determined the first complete 3D molecular structure of the immature flavivirus, revealing an unexpected organisation.

UQ researcher Associate Professor Daniel Watterson said the team was studying the insect-specific Binjari virus when they made the discovery.

“But when analysing Binjari we could clearly see that the molecular structure we’ve all been working from since 2008 wasn’t quite correct.

“Imagine trying to build a house when your blueprints are wrong – that’s exactly what it’s like when you’re attempting to build effective vaccines and treatments and your molecular ‘map’ is not quite right.”

With thousands of collected two-dimensional images of the virus, the researchers then combined them using a high-performance computing platform called ‘MASSIVE’ to construct a high-resolution 3D structure.

Monash’s Associate Professor Fasséli Coulibaly, a co-leader of the study, said the revelation could lead to new and better vaccines for flaviviruses, which have a huge disease burden globally.

“This structure defines the exact wiring of the immature virus before it becomes infectious, and we now have a better understanding of the levers and pulleys involved in viral assembly.

“This is a continuation of fundamental research by us and others and, without this hard-won basic knowledge, we wouldn’t have the solid foundation needed to design tomorrow’s treatments.”