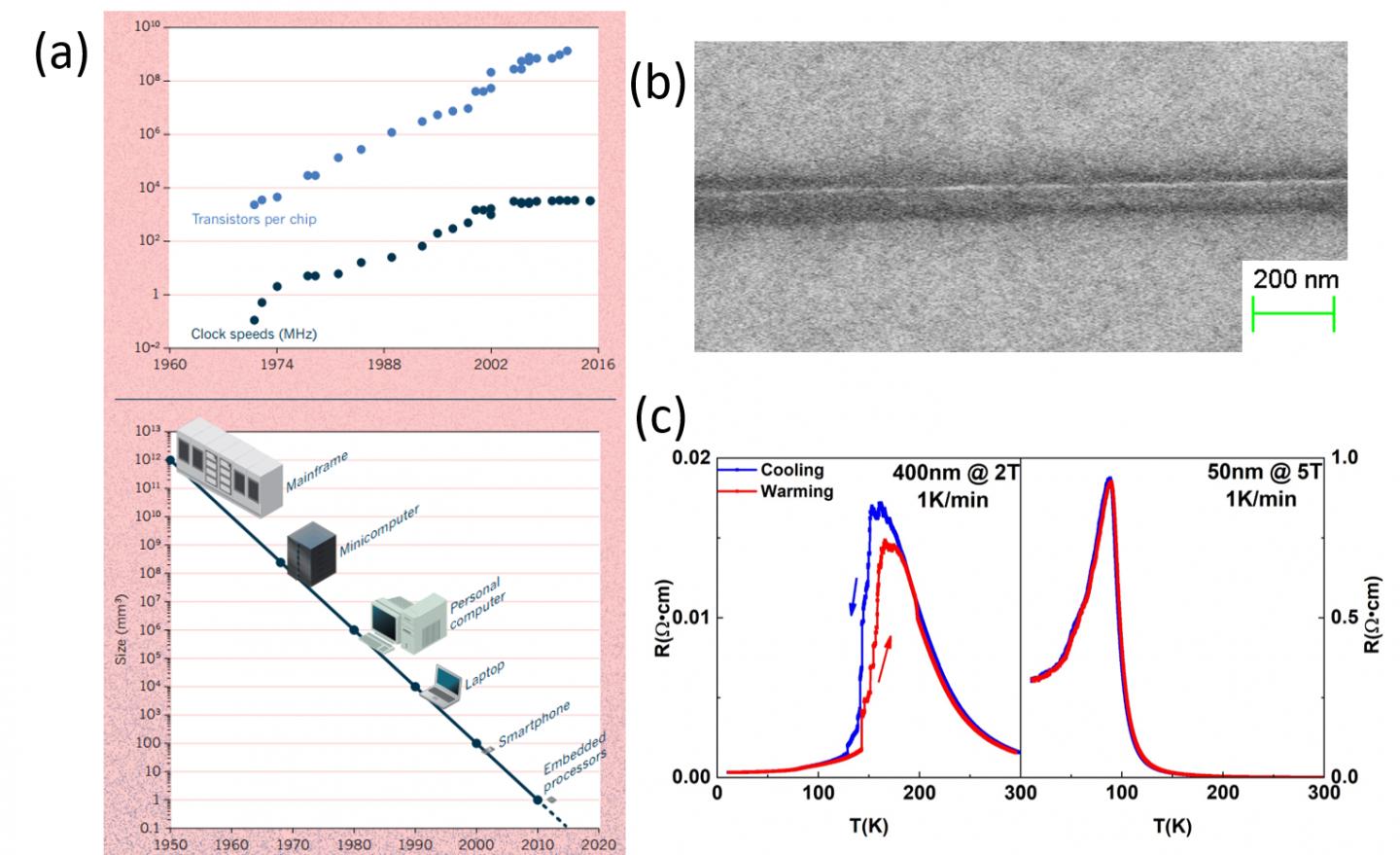 The semiconductor industry has been developed for more than 40 years following the Moore’s Law. With the size of transistors being shrinking down to tenth of nanometer scale, the quantum effects start to dominate and cause problems such as operation stability and heat generations [Fig. 1a] [1]. An alternative route is to develop new functional materials and their architectures. Complex oxide is one of the most promising candidates. Recently, scientists have shown novel phenomena of complex oxide at nanometer length scale and its potential for applications.

In this article, the scientist shows that spatial confinement is a clean and effective way to study quenched disorder effect without changing the chemical environments, structure and other physical parameters. The results reveal that enhanced quenched disorder not only can alter the nature of electronic and magnetic phase transition, but increase the magnetoreisistance up to 820000 %, a 200 times enhancement to its original values. These phenomena offer new routes on the understanding of complex materials at nanometer scales and their potential applications.

Scienmag Oct 16, 2019
None of the 34 top-selling sweetened children's drinks met expert recommendations for healthier drinks for…

New weapon to combat counterfeit goods: use your smartphone to check…